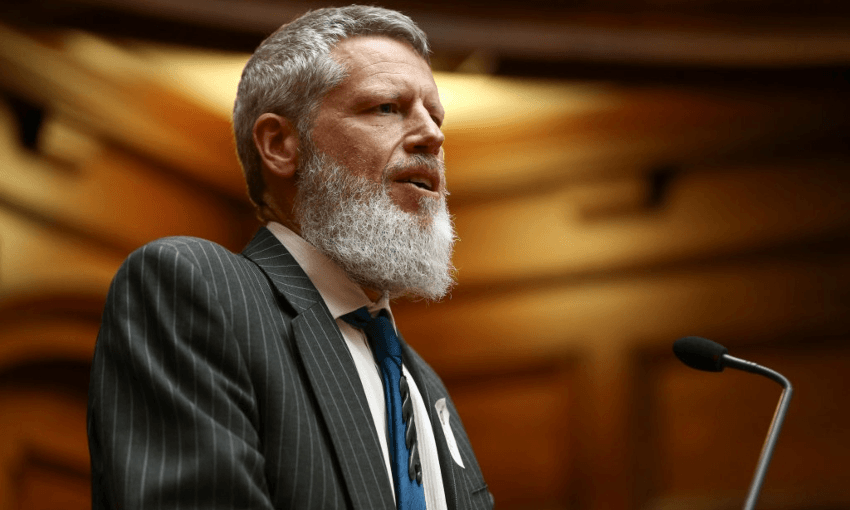 Calls for transparency in modelling by the Climate Change Commission are well and good, but they must not be a mechanism to slow down the urgent work, writes Nicola Gaston.

The Climate Change Commission’s draft advice to government is open for public submissions until March 28. That might seem a strange date to choose, being a Sunday, but it was a Sunday at the end of January that they released it too – I remember reading through, having been sent it by the Science Media Centre for comment, and being a bit annoyed by their releasing it on a weekend. I should probably put in a submission to say so!

More seriously, my primary response to the report at the end of January was one of relief. In my day job, I work with people doing research on materials that will provide us with additional options in addressing climate change – and the necessary energy sustainability that must underpin our response to it – in various ways; solar photovoltaic materials, efficient computational hardware that minimizes energy loss as heat, or materials that absorb CO2 from the air are only some of the most obvious examples. But as researchers working in this space, we know that care is needed; technological options for change do not remove the need for associated systemic or behavioural change. Indeed the roll out of electric vehicles provides a good example of this, as a change that is currently in progress – both the provision of charging stations, and the fact that the average kiwi does not buy a new car very often, are major barriers to rapid change. This is true even though electric cars have been designed to be as similar as possible to the petrol-powered cars they are replacing.

There is a long history of technological solutions being used as straw men to delay climate action – on the basis that the cost of action will decrease. Carbon capture and storage has long been mooted as an example of such a potential technology – and while I agree that in the long term, learning from natural processes of photosynthesis how to use captured CO2 effectively is important and exciting, I am still quite wary when talking about carbon capture because of this history. For whom, exactly, are the costs lower, if they are shifted from one generation on to another?

So my sense of relief about the Climate Change Commission’s advice was due to the clear signal that they would not not stand for such BS: a hundred words into the Executive Summary, they say this: “To meet the Commission’s proposed emissions budgets, Aotearoa does not need to rely on future technologies. As new technologies develop, this will allow the country to reduce emissions even faster.”

But resistance to change is persistent. Calls to pause the Commission’s work from the usual political suspects are one thing, but they seem to be connected to concerns about the transparency of the models used in developing the draft advice. Having seen these concerns crop up in various places in the last few weeks – from the New Zealand Initiative directly, and then in Stuff and BusinessDesk as well, I have been having flashbacks to the many years over which climate deniers have attacked climate models as inaccurate or unreliable.

Is this latest call for transparency in modelling just another angle on the same thing?

I don’t want to say that it is in every case. Transparency in science is important, and key to reproducibility, and I can completely believe that some scientists are looking at this  question only from that angle. But as someone who works with quantum mechanical models of how materials work – models that can help explain why certain materials are useful for generating solar power, for example – I’m also very aware that handing over code, or even just data, to someone without sufficient domain knowledge is really not helpful. Inviting people with clear political agendas to scan through your models, looking for gotchas? I’m just grateful that my work doesn’t invite such public scrutiny – it sounds like a really good way to burn public money on scientists’ salaries.

The biggest red flag for me is the sight of calls for transparency coupled to calls for the Commission’s work to be slowed down or paused. Demand transparency, absolutely – the Commission has already published a lot of information and should certainly be asked to do more if useful – but also demand that the Commission gets on with what it is doing. The last year of New Zealand’s Covid response has been a brilliant example about how the self-correcting nature of science can be effectively implemented in policy through ongoing critique: it’s fair to say that some of the original advice here about facemasks not being useful was wrong, in retrospect. But the important thing is that we went into a four-week level four lockdown without trying to settle the question about facemasks beforehand.

We can get on with addressing climate change, and iterate, and reiterate policy decisions as technologies and the information available to us change. Building the plane as we fly it – sound familiar?

Erin Baker did whatever it took to win. And boy did she win.
By Scratched
Web series
Aotearoa continues to adapt to a new reality and The Spinoff is right there, sorting fact from fiction to bring you the latest updates and biggest stories. Help us continue this coverage, and so much more, by supporting The Spinoff Members.Madeleine Chapman, EditorJoin Members