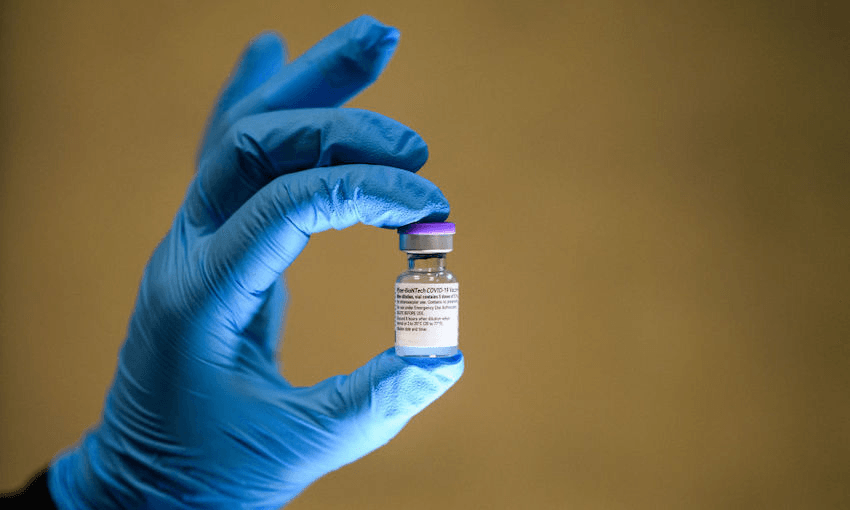 Siouxsie Wiles: What we know about Covid vaccines, effectiveness and boosters

How does a ‘booster’ work, what can we learn from Israel, and how much do we know about vaccinated people and infectiousness? Siouxsie Wiles on what the research tells us.

If you’ve been seeing all the stuff swirling around on mainstream and social media questioning how long the Covid-19 vaccines provide protection and whether governments should be ordering booster shots, this is the post for you.

Part of the booster preoccupation stems from the news that Israel has begun giving people a third dose of the Pfizer vaccine. Before I get into that, let me define what’s meant by a vaccine booster – I’ve seen two different uses being confused.

There are essentially two reasons why someone might need a booster. The first is that their immune response is starting to wane and the protection offered from being vaccinated isn’t as strong as it was at first. We already do this for diseases like tetanus, where the recommendation is that we get a booster every 10 years. In the same way that the two Pfizer doses we get are identical, a booster of this will be another shot of the same vaccine. And this is what Israel is now doing.

The second reason someone might need a booster is if the microbe mutates in a way that means that the antibodies the vaccine prompted us to make are no longer as protective. It’s not that we aren’t making enough of them so much as they just aren’t as good. This is why we have a different influenza vaccine every year.

Widespread community transmission of Covid-19 gave us the delta variant we are currently facing. The worry is that delta or another variant will evolve so that the antibodies we get from the current vaccines won’t be as protective. In that case, another dose of our current Pfizer won’t be much use. Instead, we’ll need the vaccine to be reconfigured to work better against whatever new variant we are facing. The good news is the mRNA vaccines are quick to reconfigure and quick to manufacture so once a new variant starts taking over, it shouldn’t take long to get a new version of the vaccine up and running.

At the end of July, Israel began giving people a third dose of the Pfizer vaccine. This is not because they are worried about a new variant of the virus, but because of fears that the immune responses of people who were vaccinated earlier in the year are beginning to wane. But is that true? Israel began rolling out the Pfizer vaccine in December 2020. As of August 22, 62.9% of the country’s population were fully vaccinated. Remember, the vaccine isn’t yet approved for children under 12 so that number is made up of mostly adults.

Despite their high vaccination rates, since the middle of June Israel has been experiencing another wave of Covid-19 infections, driven by the delta variant. Cases are growing exponentially and they have almost reached the same peak in daily confirmed cases as during their second wave back in January. Deaths have also started to increase exponentially, from a low of one or two per day, to a rolling seven-day average of 25 as of Tuesday this week, August 24.

A deeper look at those numbers

According to media reports, Israel’s health ministry has said the Pfizer vaccine’s effectiveness in preventing symptomatic Covid-19 has dropped from over 90% to just 64%. But is that what Israel’s data is really saying? As always, the devil is in the detail. Professor Jeffrey Morris has crunched the numbers and lays it all out here. That drop people have been talking about is the number you get when you compare the number of unvaccinated and fully vaccinated people with severe Covid-19 – 214 versus 301, respectively. From those numbers it’s true that 60% of the people with severe Covid-19 are fully vaccinated. But that doesn’t tell the whole story.

And here’s a stark statistic. According to the WHO, of the 4.8 billion vaccine doses delivered to date globally, 75% have gone to only 10 countries, while vaccine coverage in Africa is at less than 2%. The WHO is pleading with the rich countries of the world not to administer third doses when so many healthcare workers and vulnerable people in poorer parts of the world haven’t even had their first dose yet. The more the rich hoard the world’s vaccine supply, the more community transmission there will be. The more community transmission, the more opportunities for the virus to evolve, and then we’ll be needing the second type of boosters before we know it. And so it will go on and on and on.

An update on how infectious vaccinated people might be

This latest study set out to look at exactly that, by trying to culture viable virus from vaccinated people who tested positive for Covid-19. Marc Shamier and colleagues in the Netherlands followed 24,706 healthcare workers who were vaccinated between January and May 2021. Of those, 11,321 received the Moderna mRNA vaccine and 2,537 the Pfizer mRNA vaccine. The rest received a viral vector vaccine, including the AstraZeneca vaccine.

As I’ve said before, current approved vaccines work really well at preventing infection and protecting people from symptomatic and severe infection, and from death. And there is a growing body of evidence that if you do get infected, you will be likely be shedding less infectious virus and be infectious for a shorter amount of time, which means you will infect fewer people.

So please get vaccinated. And keep wearing a mask. It really will make a difference to you and your community.