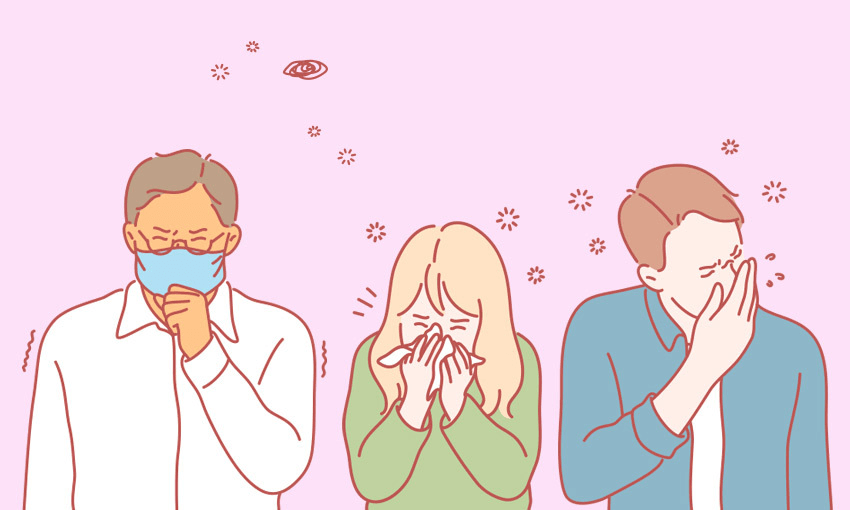 Clearing the air on aerosol transmission and mask use

By Joel Rindelaub
Guest writer
Made possible by

In the early days of the pandemic, masks weren’t thought to be effective in preventing transmission. How things have changed. Dr Joel Rindelaub explains our current understanding of Covid-19 and aerosols, and how we got here.

Respiratory infections were once believed to be the result of evil spirits. Treatment might involve the use of magic stones or an assortment of leeches.

By the early 20th century, we had a much better grasp of viruses, which were proposed to transmit solely through surface contact and large droplets. While we now know that viruses can be transported through the air, the sentiment that large droplets are responsible for transmission has held strong in many medical circles, enough so that early recommendations in the pandemic did not fully recognise the potential for the aerosol transmission of smaller droplets.

Now, thanks in part to what we’ve learned from Covid-19, a recent review published in the journal Science is once again calling for us to revisit how respiratory infections are transmitted.

The initial statements from health authorities on the coronavirus have not aged well.

On 29 February 2020, the US surgeon general said (in a now deleted tweet): “Seriously People – STOP BUYING MASKS! They are NOT effective…”

A month later, the WHO tweeted: “FACT: #COVID19 is NOT airborne.”

FACT: #COVID19 is NOT airborne.

The #coronavirus is mainly transmitted through droplets generated when an infected person coughs, sneezes or speaks.

To protect yourself:
-keep 1m distance from others
-disinfect surfaces frequently
-wash/rub your 👐
-avoid touching your 👀👃👄 pic.twitter.com/fpkcpHAJx7

While these seem ridiculous now, they were in line with the advice that was given at the time. But not everyone was on board with these statements from the get-go. Aerosol researchers were yelling as loud as they could about airborne transmission, which – in scientist terms – means writing a strongly worded letter signed by 239 experts in the field.

And rightly so, it turns out.

Instead of a cautious approach that acknowledged the potential for aerosol transmission, health officials relied on old data and thought processes. For instance, many health officials cited the relatively low Ro value (the one that estimates how many other people will be infected from a single case) as justification that Covid-19 was not airborne, despite no scientific basis for such an assumption.

In the WHO’s defence, they were dealing with a novel virus that we knew little about. And large organisations like the WHO, for better or worse, traditionally take very conservative approaches when making recommendations to ensure that they don’t rush to any false conclusions.

And to their credit, when we learned that people without symptoms could be spreading Covid-19, mask recommendations started to change. The global health authorities were listening, they just weren’t listening to the aerosol experts.

The science of aerosol transmission

Early in the pandemic, health officials were more worried about large droplets splashing onto people’s faces from close contact than they were about smaller “aerosol” particles. The fixation on large droplets had historical context, but it was not based on data from the latest aerosol measurement techniques.

That means the aerosol particles capable of travelling the farthest also have the most amount of virus in them. You can see why aerosol scientists have been screaming at the top of their lungs about the potential for aerosol transmission (while wearing masks, of course).

The reason for viral enrichment in smaller particles may have to do with how respiratory aerosols are generated. The smallest droplets are created from air interacting with the thin liquid film that coats the respiratory track while the largest droplets are created from air hitting saliva in the mouth. Since you are more likely to have viral infection in your respiratory track than in your mouth, the smallest particles may contain the most virus.

It wasn’t until April 2021 that the WHO recognised aerosol transmission as the main infection pathway of Covid-19, some 10 months after aerosol scientists had published the exact same conclusion.

Once expelled, these small aerosols can float in the air for minutes to hours, depending on air flow, ventilation and other environmental factors. Under typical conditions, aerosols can travel much further than just two metres. Thus, it should be no surprise that 90% of super-spreader events happen in indoor locations where airflow is reduced compared to outdoor settings.

To keep ourselves safe, we need to rethink what social distancing means, especially in indoor environments. Two metres doesn’t guarantee protection from the virus, and using shorter distances (eg one metre) in indoor areas is counterintuitive. On top of that, we need to focus on using air ventilation, filtration and tightly fitting masks to help fight aerosol transmission. This applies not only to Covid-19 but other respiratory infections as well, including the flu and RSV.

Thanks to knowledge gained from the pandemic, we have been able to re-evaluate how we think about viral transmission. Contributing no small part has been findings here in New Zealand, where meticulous investigations in aeroplanes and MIQ facilities have provided valuable insight into how virus particles behave.

But now is not the time to relax and pat ourselves on the back. We need to apply what we’ve learned to help fight Covid-19 and other respiratory infections, otherwise we are no better off than using those magic stones to solve our problems.