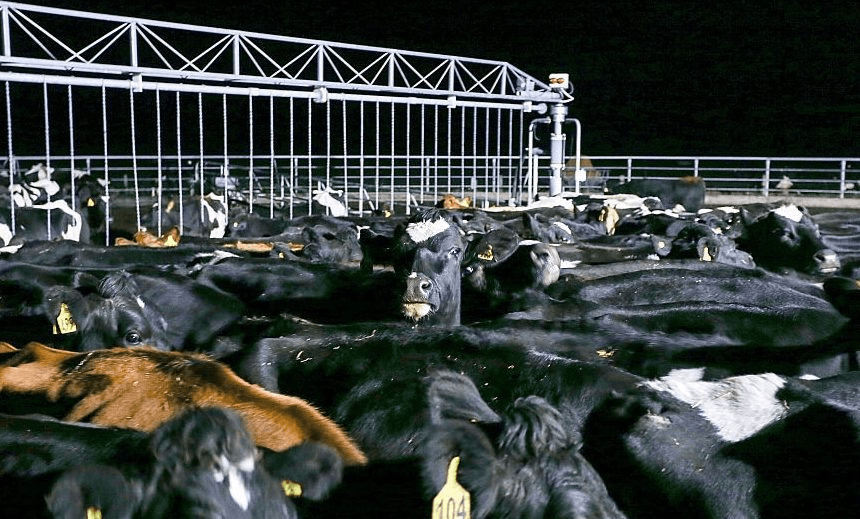 Enough ‘telling our stories better’ spin in defence of dairy growth. We farmers need to face up to reality.

As New Zealanders’ drift to the city continues, the rural-urban divide grows ever deeper. Instead of writing off the complaints of ‘townies’, those of us in the agricultural industries can’t afford to ignore the increasing calls for action, writes John Hart, farmer and Green candidate.

When I was kid in the 1970s, almost everyone I knew had a connection to farming somewhere – it seemed we all had a grandparent, aunty or cousin with a farm, or access to one, for visits or summer holidays.

In 30 years, a lot has changed. We are more city-based than ever, with 86% of us living in areas Statistics NZ considers “urban”. In growing numbers, New Zealanders have lost a sense of connection with where their food (and the food we sell to the world) comes from.

Most people know milk comes from cows, for example, but fewer will understand that cows need to be impregnated annually and give birth for the milk to flow. Fewer still will have thought through the implications of millions of unneeded calves being born each year.

The idea of an “urban-rural divide” is hardly new, but it seems to be showing up more often in public discussions around farming and its effects. It typically boils down to one thing: an absence of understanding or empathy. Urban folk leap to judge farmers and farming without really understanding the complexities of rural life and food production, while the industry can be quick to write off any critique, however valid, as coming from “anti-farming” townies.

But what does “the farming industry” mean, exactly? For most non-rural dwellers, their view of the dairy, sheep, beef, fibre and cropping that makes up the rural economy is shaped by mainstream media coverage – good or bad. Our country’s largest cooperative, Fonterra, and industry bodies with self-explanatory titles like DairyNZ and Beef + Lamb, and the lobby groups Federated Farmers and IrrigationNZ, all contribute public relations fodder to the media sausage machine.

The stances taken by those organisations – their responses to unfavourable coverage, railing against burdensome regulation, or their attempts to shape positive coverage – are usually taken as representing “the industry”.

When the covert footage of bobby calves being handled with apparent cruelty appeared last year, an immediate response from a Federated Farmers spokesman was “This is the reality of farming.” I don’t think he literally meant cruelty is to be expected in dairy farming, but the subtext was “You townies need to wake up if you think your food appears by magic.” Maybe he had a point.

Can we blame urban consumers for being so shocked when the veil is lifted and they get a glimpse of a production system they either had no idea about, or still romanticised as the pastoral paradise they fondly remember from when they were kids?

When the only advertising consumers see is selling a comforting vision of rolling hills, emerald green grass, crystal clear waterways and contented cows, you can forgive their anger when they feel a bit conned by the occasional glimpse of a harsher reality.

Farming, like any human enterprise isn’t frozen in amber. Technology happens. Market forces happen. And from time to time, humans do things that look dumb in hindsight. There were recent periods when global dairy prices and technology converged, encouraging intensification of dairy farming, increasing herd sizes, and a corporatising of ownership. Land used for dairy grew by 28 per cent in the last 10 years, according to the Ministry for the Environment.

So while farming has slowly (and in some cases not so slowly) drifted away from where many of us last had contact with it, the stories the industry tells about farming haven’t changed much. One of our great competitive advantages has always been our clean, green, 100% pure image. We see it so often in the marketing of any New Zealand product it’s become something of a cliche.

The supreme irony is the very image we use to sell our products to the world is being undermined by the scale and intensity of some of our current farming practices.

The farmers I know mostly share the same values as me. They want to make a fair living. They want to feel proud of what they do and would dearly love to one day pass on the mantle. They genuinely care about the animals in their charge and of course they don’t want to leave the land and water in a worse state than they found it. I imagine most urban dwellers would share those values too.

So if we all share these values deep down, how did we get to this polarised place? Where battle lines are drawn between “pro-farming” and “anti-farming” protagonists. Where any critique of the industry is interpreted as an “attack on farming”. Where industry bodies feel like they are on a war footing. The rhetoric has never been as fierce (from both sides) as I’ve seen recently.

The National government’s goal is to double agricultural exports by 2025, supported in large part by an expanding dairy industry. This ethos is supported by industry bodies and lobby groups like Federated Farmers and Irrigation NZ.

At the same time, we are starting to bump up against some hard limits to growth in farming. In parts of the country we already have farming densities incompatible with the long term health of our waterways. Conservation groups, NGO’s and some political parties (it’s election year after all) are becoming increasingly urgent in their message that we cannot continue on our current trajectory of infinite growth of an industry that has tangible external negative impacts. That’s the basic tension as I see it between two opposing ideologies: either denying or accepting biological limits to farming.

Now, there are a good number of farmers doing plenty to reduce their impact on our land and water, or mitigate what they can’t avoid, and it’s fair to say they should get a lot more publicity and credit for it.

But here’s the problem: Individual farmers’ efforts are being swamped by the impact of an ever-growing dairy industry. Put simply, the collective damage done as an industry is happening faster than individual farmers can reduce their impact.

Against a backdrop of an industry and government wanting to grow its way to prosperity, there is a tangible shift in public mood happening. Lincoln University has just released its eighth Public Perceptions of New Zealand’s Environment survey. They found twice as many people now blame farming for damaging fresh waterways as in 2000.

Ignoring that shift in mood risks missing a larger political reality: while they may not live in rural areas, large swathes of urban voters want to see solutions for water quality, animal welfare, and biodiversity loss. If the industry won’t deliver fast enough, then politicians will get their turn.

Most of the recent responses I’ve seen from the industry revolve around “telling our stories better” or “presenting a united communications front”, when the focus should be on moving the industry to a more sustainable footing, rapidly. We have to face up to the reality of farming within limits, and focus on better ways to create profit over growth.

In marketing, perception may be reality, but if we don’t shift our reality much closer to the image of farming we sell to New Zealand and the world, our industry risks losing a much larger battle at home: our social license to farm is at stake.

John Hart is a Wairarapa farmer and a Green Party candidate