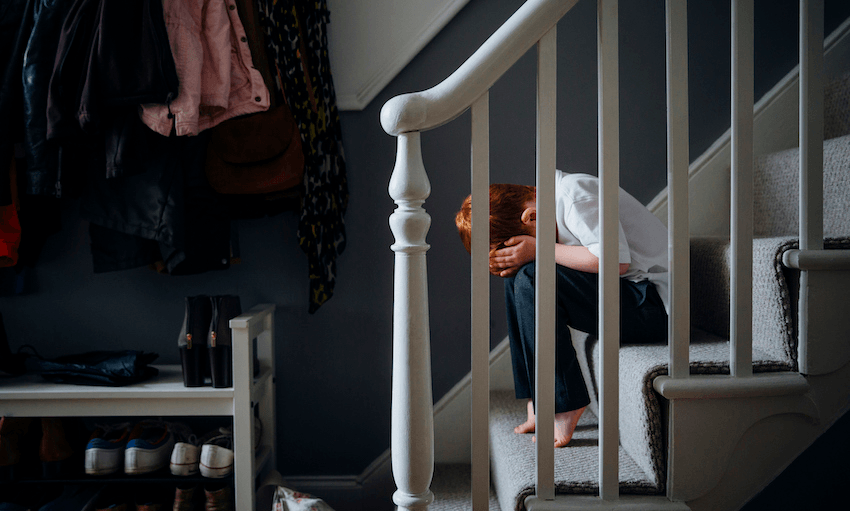 A desperate plea from the parent of special needs child: we’re at our wit’s end

Children with special education needs and disability aren’t even getting the education they’re legally entitled to, let alone the one they deserve, and it’s about time the Minister of Education took ownership, writes Jai Breitnauer.

I’m writing this from my kitchen table, not my office, because my ASD child has once again been stood down and is at home with me. It’s the third time in a year and the primary reason for the stand down is because his school – who are doing their best to be supportive – do not have the resources or training to manage his social and emotional needs. What’s even more shocking is that just ten days ago we were turned down yet again for the additional funding that is key to my son being able to attend school full time, and to be engaged not just present, on the basis that the MoE don’t feel his needs are high enough.

What I want to know from them now is, what the actual fuck do you want me (and all the other parents sat at home with kids unable to be supported in full time mainstream education) to do. No really, I want to know.

For those of you unfamiliar with New Zealand law, it is the Ministry of Education’s responsibility, not the parent’s responsibility, to provide children with an education. This means if I withdrew my children from school without their permission and fucked off on a cruise, I’d be breaking the law. If my children are withdrawn for long enough without permission, I’d have the truancy team banging on my door. Yet, when my child can’t attend school because the MoE aren’t providing the right support, no one gives two shits. I know this because in 2017 I withdrew my child from mainstream school for 14 weeks and home-schooled him without permission, and no one batted an eyelid.

Last year my son was unable to attend school for more than two days a week for a large part of the year, and never actually went full time, despite us – and the school – begging the MoE for an intervention. When we got his school report it stated ‘attendance unacceptable’. Well no shit Sherlock, but have the Ministry noticed? Because at the end of the day there is no point telling us our child isn’t going to school enough – we know, because he’s here, and he’s not happy about it either.

Right now, the Tomorrow’s School Review is under consultation. It closes on April 7th if you feel inclined to stick your oar in. (I’d urge everyone with children to read it and send in comments as it’s not just about SEND, it affects everyone.) I’ve read it, and much respect to Deputy Education Minister Tracey Martin – who is driving the review – for recognising the need for systemic change and acting on it. But the elephant in the room is not being addressed: funding.

Because quite frankly, the current system, crap as it is, would be effective at recognising and resourcing the needs of SEND children if it were properly, financially resourced. I mean, there are other issues and those are being addressed by the review. But at the end of the day it doesn’t matter how great the changes to the system are. If you don’t put your money where your mouth is, you will just continue to fail Aotearoa’s tamariki, as the government has done for the last 30 years.

Both times we have applied for Interim Wraparound Service, the stream of funding below ORS that is meant to support children with social, emotional and behavioural needs, we’ve been told by the MoE that before they can approve it, we – the parents – need to prove we’ve done everything else possible. It is a last resort, the ambulance at the bottom of the cliff – and that approach is unacceptable. For a start, I’m unclear how much more they expect us to do, the goal posts keep changing.

We’ve been on the parenting courses – five to date – and they’re all aimed at managing children with difficult, but essentially neurotypical behaviour. We’ve worked with the behavioural therapists. We tried medication to control the high levels of autism-based anxiety that drive his odd behaviour, but they resulted in even more extreme anxiety and self-harm. We pay for weekly private counselling, we pay for private occupational therapy, we’ve paid for private assessments. I’ve given up my office job, costing our family $75,000 a year, and last year I gave up my freelance contracts too, costing us $45,000 a year.

We are struggling to survive, to just live, and yet the MoE are asking us to pay out for private professionals to attend yet another meeting to develop a plan. A plan that won’t work because there is no money in place to make it work. And while school aren’t funded to properly train their staff, buy resources and pay a teacher’s aide, they will continue to be the weakest link – there is nothing more we as parents can do about it.

There are so many families like ours across New Zealand. Families who every day are let down by a system they are powerless to change. A system that criminalises you for removing an unhappy and under developing child (as some home school parents have found when they’ve been told they have to send their child back into mainstream), but is happy to break its own laws, to contravene the UN Rights of the Child (which includes the right to an education) and to make it the parent’s problem because the coffers are running dry.

We are desperate, we are begging. Minister Martin, this is a direct plea from one mother to another – find some money, and stick it into the existing system fast, because kids are failing. They’re falling off the cliff and the MoE can’t even afford to send an ambulance anymore, just a DIY stretcher and a note asking you to buy your own band aids. New Zealand’s children deserve better than this.