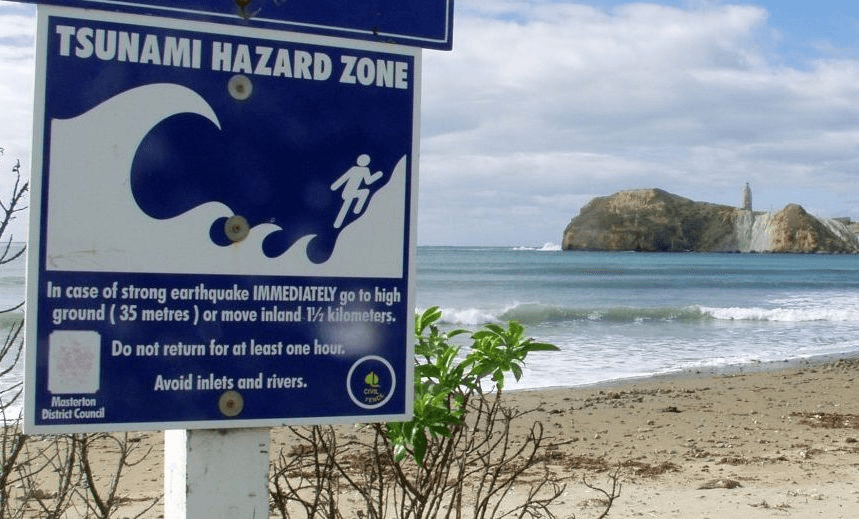 Civil Defence was woefully slow on the tsunami risk today. Next time it could be fatal

The response to this morning’s shake reinforces the urgency of authorising GeoNet to issue tsunami warnings, writes Philip Duncan. (Includes updated response to Civil Defence rejection of criticisms, below)

This morning it took almost an hour before the Ministry of Civil Defence & Emergency Management acknowledged the severe magnitude 7.1 earthquake off East Cape that WeatherWatch and GeoNet had been covering almost as soon as it happened. It also took a full hour for Civil Defence to issue a public tsunami threat and over 80 minutes for a Tsunami Warning.

In the minutes after the earthquake, recorded at 4:37am, GeoNet had already reviewed and confirmed the size and depth of this earthquake.

But GeoNet cannot advise the public on tsunami risks – they must wait for Civil Defence to do it.

And wait they do.

And hope nothing is happening as they wait and public concerns grow.

There are some great people at Civil Defence, both in the local councils and in government at the Civil Defence Ministry. But this morning’s delays once again remind us that Civil Defence, at least from a ministry point of view, is far too slow in these highly critical moments.

The simple solution?  Give GeoNet the power to talk to the people beyond saying just where the quake was and how strong it was.

GeoNet has a great reputation, are well known for setting the standards, and most importantly they are both accurate and fast.  In an urgent life or death situation the current set up is bad.

If the New Zealand Government is OK with MetService warning us of cyclones, why can’t the scientific experts at GeoNet be the ones to initially warn and update us re: tsunami risk?  Civil Defence can still take over once they “get going” – but we shouldn’t have to wait for them.

Even the Red Cross emergency app failed – with people bombarded with unhelpful updates.

Seriously New Zealand – this is life or death stuff. Do we need to remind the government of Japan’s tsunami? Or the Boxing Day tsunami?

Judging by the angry reaction we saw from the public this morning due to Civil Defence’s sleepy wake up, the simple GeoNet solution may be just what this country needs to better protect us.

The New Zealand Herald today interviewed the boss of Civil Defence – and her response is yet another defensive one from the Ministry.

“We have a well-established and tested system that pulls together all the required experts when we need them, this includes the New Zealand tsunami experts panel, GNS Science and GeoNet,” Sarah Stuart-Black told Herald today, rejecting criticism that her agency was too slow.

In our view this is a poor response – and is not being honest to say “we can do better”.  As we said earlier, people in Japan and Indonesia never had over an hour to wait for authorities – and we should be learning from this and not saying we have learned nothing new from the Boxing Day tsunami over a decade ago.

Even if it was a tough earthquake to work out, why can’t this be shared with the public in real time – it’s better than total silence which lead to people wondering if anyone at Civil Defence was even working. It was made more confusing by the fact that GeoNet had data but no one was explaining it.

Civil Defence’s response is similar to previous events where suggestions have been made for improvements – it seems any criticism of the Ministry is taken quite personally and there is also little to no interaction with the digital media sector that covers for Civil Defence during these events before they get around to activating.

We have emailed Sarah Stuart-Black twice today and the minister – while they have actively spoken to other media outlets they have not replied to us.

Civil Defence has a good reputation and hard working people – we’d love to work with them to help better communicate around events like this to ensure the reputation they have remains rock solid and reliable, as it should always be.  No major overhaul is needed here – just some honesty, and a few tweaks.

But hey, if this is the standard they want – we can’t fight them, just educate the public on why we think New Zealand can do better.

Philip Duncan is head analyst at Weather Watch, where this post first appeared.