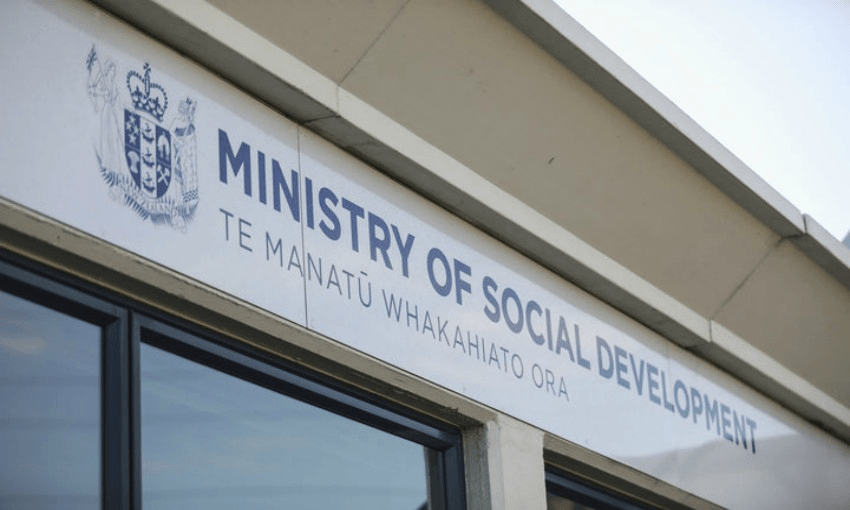 Winz is meant to help the vulnerable, not hound them through the courts

The High Court has slammed the MSD after it ‘misconceived’ the rules around beneficiaries borrowing money. It should now halt all High Court debt recovery, says Catriona MacLennan

In what parallel universe would the agency charged with assisting our most vulnerable citizens cut a mother’s benefit because she borrowed money from her family and her bank to stay afloat?

In 21st century Aotearoa, that is how the Ministry of Social Development thinks it should carry out its job.

It established a massive debt against a woman who borrowed – and repaid – money while she was on a benefit. The ministry then spent years pursuing her to repay her benefit, as it said the loan money meant she was not entitled to state support.

The woman was forced to waste hundreds of hours providing details of her situation to MSD and explaining her finances, at the same time as caring for her children, studying for a degree and trying to start a business to support her family.

Today, the High Court has ruled that the borrowed money was not income.

This means that the woman was entitled to her benefit and does not have to repay it.

The case involved Ms F,* a mother with two children who was on a Domestic Purposes Benefit between 2005 and 2010 and at times received other support such as the Accommodation Supplement, Special Benefit, Temporary Additional Support and a Special Needs Grant.

In 2010, Ms F’s former partner made a complaint to MSD about her, alleging that she had received financial support from her mother and had bought and sold houses while on a benefit.

The ministry began an investigation into Ms F’s circumstances and entitlement to the benefit.

Her former partner later admitted that his complaint had been malicious and unfounded, but that did not stop the ministry’s action against Ms F.

The ministry concluded that, as Ms F had borrowed money and spent it on basic necessities for herself and her children, she had not been entitled to a benefit and was accordingly required to repay $120,398.38.

This was despite the fact that Ms F was specifically told by her Work and Income case managers that she did not have to declare loans, irrespective of whether the loans were from banks, credit cards or family members.

As benefits in Aotearoa are deliberately set at levels which are too low to live on, Ms F borrowed from her bank, her mother and her credit card to survive and to give her children the best start in life that she could.

She lived outside Auckland at the time and owned a property, which she was trying to hang on to so that her children would have a home. She borrowed to buy paint for the property and to fix a leak to prevent sewage from running through the floor.

The benefit review form did not ask Ms F to list loans – in contrast to the United Kingdom form which has a question about this.

Ms F also provided detailed information to MSD showing that the loans had been repaid.

MSD’s argument was that the loans, even though they have been repaid, were “income” and accordingly disqualified her from benefit support.

The case went to the Benefits Review Committee and the Social Security Appeal Authority. The amount she was alleged to owe was adjusted several times, so that the figure ranged between $109,852.91 and $127,275.05.

The Social Security Appeal Authority ruled that two bank loans should not have been treated as income, but held that other loans were income and that Ms F should be required to repay $109,852.91.

The Authority also said that the forms used by Work and Income were clearly inadequate to notify beneficiaries of the information MSD alleged they needed to provide.

The ministry appealed to the High Court against the Authority’s decision that bank loans were not to be treated as income. Ms F also appealed, arguing that money she borrowed from her mother and others was not income.

Section 3 of the Social Security Act 1964 defines “income”. The definition is more than one-and-a-half pages long. Section 3(b) states that income includes “whether capital or not and as calculated before the deduction (where applicable) of income tax, any periodical payments made, and the value of any credits or services provided periodically, from any source for income-related purposes and used by the person for income-related purposes”.

When the case was in the High Court in July 2017, the judge asked the Crown lawyer whether there was any loan that would not be counted as income and he replied that, if credit was used to buy shares, it might not be counted.

That response illustrated the level of unreality of MSD’s approach.

It was arguing that borrowing for the most basic necessities should disqualify people from benefits, but loans for the luxury of share-buying should not.

It is also notable that MSD pursued its action despite there being a 1997 High Court decision which specifically ruled that loans were not income. The 2018 judgment repeatedly refers to that case and says it is still valid and applicable law, so all MSD had to do was to follow established law and it would have known Ms F’s borrowing was not income and she was entitled to her benefit.

Instead, the ministry has caused her years of stress and wasted time by trying to have a second bite at an issue already clearly determined by the courts.

Loans did not add to the resources of the beneficiary because they had to be repaid. The aims of the act did not support an approach by which beneficiaries who needed to borrow were penalised for doing so by a reduction in their benefit entitlements.

The judge’s words are a devastating critique of the ministry. He is saying MSD “misconceives” the most basic purpose of the law it was set up to apply.

The fundamental nature of that misconception plainly demonstrates the depth of changed required in the welfare system.

The government last month unveiled new Client Commitments for MSD and an online Eligibgility Guide, as well as setting a higher threshold for benefit suspensions. That tougher test reduced benefit suspensions by 23% in its first three weeks.

In May, the Welfare Expert Advisory Group was established to carry out a broad review of the welfare system and recommend changes.

However, the group will not report until February 2019.

More urgent change is needed. In particular, if the government is not prepared to direct MSD to withdraw immediately all of its High Court debt recovery cases against beneficiaries, it should place them on hold while a full review is carried out.

MS F is far from the only beneficiary whose life has been turned upside down by the ministry’s misapplication of the law.