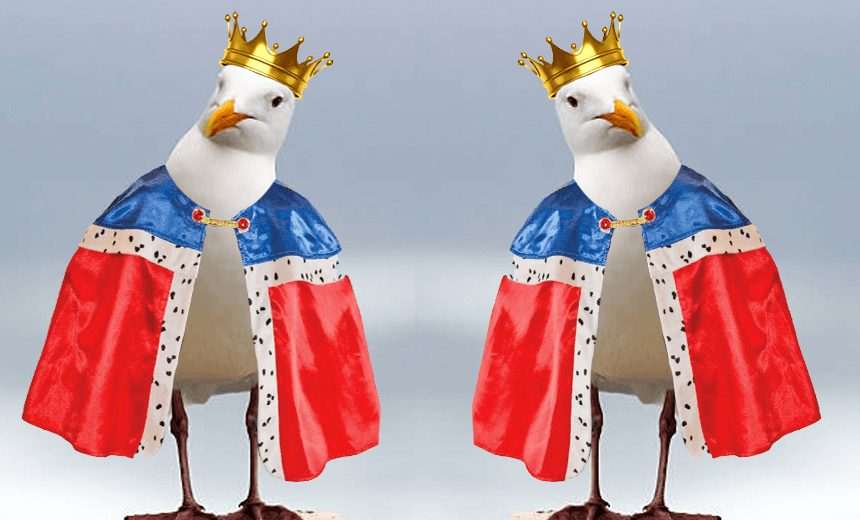 The actual bird of the year was the kea. Well done, kea. But who is the Dirtbag Bird of the Year 2017, as voted by you, the readers? Sam Brooks announces it.

It’s been a week since our poll came out. The comments were fierce. I even got a few well-intentioned emails out of it.

It has been decided. The votes are in. The Dirtbag Bird of the Year 2017 is…

The stealers of chips, the one-legged pretenders, the beady-eye starers.

It is the mighty seagull.

It’s all good and fun, but if you’re reading this, you should probably consider donating to the Bird of the Year because a lot of our native birds are in danger, and if you care about that kind of stuff (as I kind of do now!) then you should want to keep them around.

But until next year, our Dirtbag Bird of the Year is the seagull. May the chips be ever in your favour.