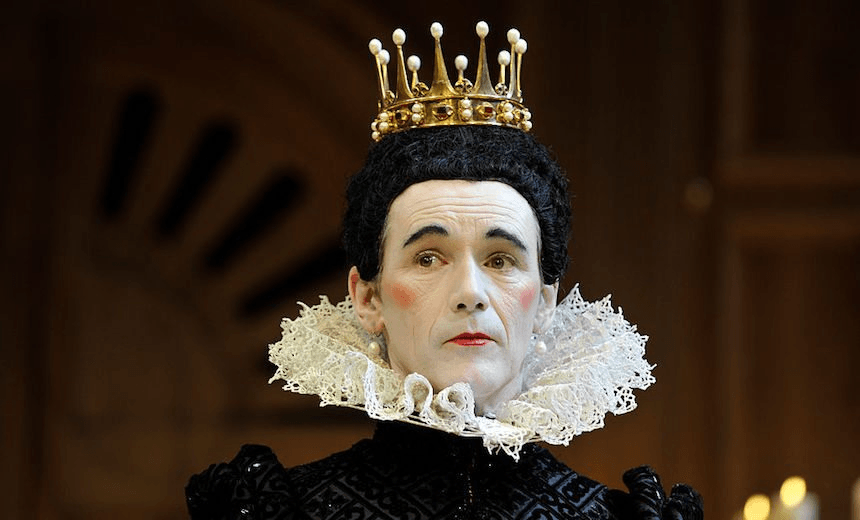 Where art thou women? On the Pop-Up Globe’s regressive casting decisions

After last summer’s successful debut, the Pop-Up Globe is returning to Auckland in February. That’s great news for audiences, says Laura Irish – but less wonderful for New Zealand’s actresses, who’ve been shut out once again.

There’s just one problem. There aren’t many female roles. As an actress it pains me that he didn’t write more women. He writes them really well. More often than not, they’re strong, they’re smart and they play major parts in the story development. I believe they’re too complex to be token and I don’t think he ever intended them to be so. One of my favourite Shakespeare teachers said once that based on how he wrote women he believed the Bard to be a feminist.

With that said, we’re all pretty aware that, unfortunately, women didn’t perform those roles back in the day. They weren’t permitted to be actors so it makes sense that he wrote many more roles for men. Personally, I’d like to think he’d be pretty stoked that hundreds of years later, real women would and could be playing those same roles onstage. Progress, right? Which brings me to my question.

Why do we still present all-male casts of Shakespeare as “innovative” and “authentic” and “interesting” because they’re “traditional”. I have a difficult time pretending I’m not insulted and disappointed whenever a major company presents an all-male cast as a performance that will transport the audience back to the original Elizabethan world. It’s a bit of a middle finger to how far we’ve come and how painfully far we have to go: “Hey, I have an idea, let’s make this an all-male cast to celebrate the good old days when we didn’t have to share the stage or any roles with the ladies. Remember when they used to be our property as well? That was great.”

Guys. All male casts were sooooo ’90s…. 1590s, that is. And if you are planning on an all-male cast to be authentic, you’d better not cast any lads over the age of 19 to play the ladies. Authenticity would dictate that your age range would have to be 13-19 year old boys and preferably those whose voices hadn’t dropped yet.

Out of the 37 plays currently attributed to Shakespeare, about 83% of the roles are male, 12% are female and 4% are ambiguous. That means about 998 roles are male and only 147 are blatantly female. So when we’re already underrepresented, why perpetuate it further by casting men as women?

New Zealand brought Shakespeare to the masses last year with the amazing Pop-Up Globe in Auckland. It was magical to be there for an evening show in the open air under the stars. The atmosphere itself was mesmerising and the audience was buzzing. It was an instant hit. They even extended the season because of how popular it became.

In 2017, they are returning and presenting four shows with two companies: The Queen’s Company, which is mixed male and female, and The King’s Company which is… all male. That’s the thing. Right there.

When holding auditions, they had a huge number of applicants. Only 15% of total applicants were granted auditions. So the large majority that were turned away without even being seen were, by default, female. Full disclosure: I was one of them. It’s part of the gig these days and this industry is particularly rejection filled. It’s not personal and I understand that. I’ve been in this industry for over a decade, so I get it. And in case you’re wondering if that means I’m writing this because I’m bitter about not getting an audition, I think I’m OK. I’ve been cast in an eight-person version of A Midsummer Night’s Dream and get to play women characters AND (gasp) men, so come and see that if you want.

The Pop-Up Globe was bombarded with applications from women aged 20-35. So it was understandable not to get an audition. It’s a well-chased opportunity.  But I thought it was odd when they announced that two of the four shows would only be casting men.

In New Zealand, we have more female performers than male and it’s no secret that onstage and on film around the world, the representation of male to female characters is not equal or balanced. So if they clearly had more females than males apply, why not at least honour the original cast lists and let women play those roles? Or why not have an all-female cast? Why on earth would you have an all-male cast?

The King’s Company is set to perform As You Like It and Henry V. Now some may argue that Henry V is a lad’s play. It’s about war and battles and sword fighting and heroism. And maybe just to me, I don’t know, but it doesn’t sit right. It kinda feels like they’re trying to set the record straight from last year when an all-female cast not associated directly with the Globe Company performed that very same play in the Pop-Up Globe. I hope that’s not it. Regardless, Henry V lists four females out of a possible 42 characters. SO LET LADIES PLAY LADIES!

On to the all male production of As You Like It. So… the main character is a woman. Rosalind is an adventurous, strong, brave woman and arguably one of Shakespeare’s strongest female protagonists… who pretends to be a man. She goes into the forest and pretends to be a man. Why does she do this? Some say it’s a complicated comment on gender identity, gender roles in society and the oppression of women at the time. Some say it’s because she is fearful of being assaulted and abused because she is a woman in the forest, which is also an important and unusual statement to be made in that era (and this one) by the main character of a play who is a woman. She then continues the ruse for other reasons, but initially, her motive to disguise herself in a more masculine way was due to either gender oppression or fear, possibly both. She talks about how “liberating” playing a man is.

Dear Pop-Up Globe, may I be so bold to say… What a wasted opportunity.

What if we made a strong choice about why Rosalind does what she does and then have her played by an actual woman? It could have been a bold and serious statement about how modern and prevalent the fear of assault still is for many women or about how we women are still fighting the gender stereotypes handed to us every day. I cannot think of anything worse onstage than a man playing a woman who is pretending to be a man because she’s afraid of being raped.

In addition to all of that, Rosalind’s bestie, Celia, plays a major role in this romantic saga… and she’s also a girl. With this play having not one but TWO substantial female leads, I do not see the logic in making this cast all-male. Total clearly female roles that will be played by men in this production: four out of 22+ characters.

Let me be clear, I appreciate the hard work and the arduous audition process that the hired actors and actresses have gone through. In no way do I want to rain on their parade. I know how exciting this opportunity must be for them and I respect them greatly. However, I still feel that this issue needs to be addressed.

With an entire company being all-male for the sake of “authenticity”, I don’t believe it will give women and girls a fair representation on one of the most visited stages in New Zealand in 2017. So what do we do? Say, “Ah well… it’s popular and fun and bringing historical culture to a large group of New Zealanders. Let’s just brush it under the rug”?

I don’t want to do that.

I want the Pop-Up Globe to be successful. I want it to be accessible. I want Shakespeare to be cool again. I think it’s a wonderful thing for New Zealand. I really do. And I respect the credentials of the people who run it. But perhaps the men that are running it need a bit of a talking to about how this isn’t so cool.

I want to start conversations, not arguments. And I really would like to know why the choice was made to have an all-male company and a mixed company and why out of four directors, only one is a woman. And I want to know why the audiences who are already quickly snapping up their tickets don’t seem to care about this.

And that’s the thing.