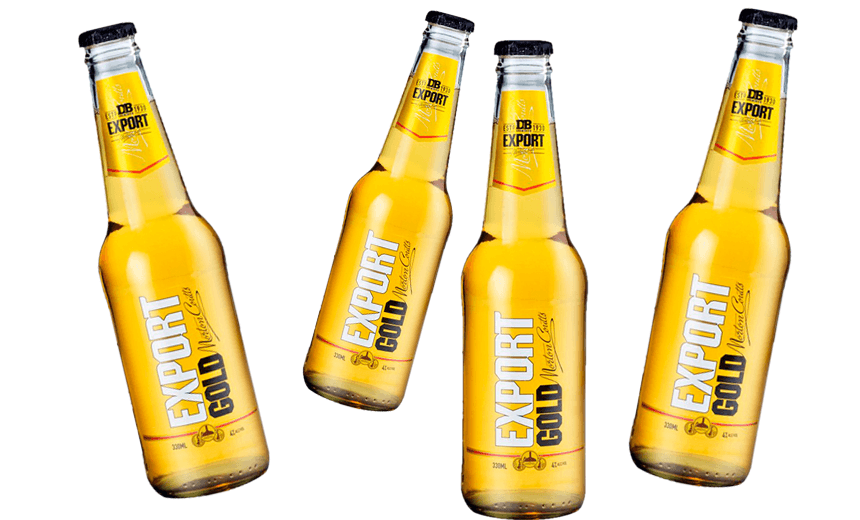 The Booze Review: Export Gold, ‘the Bill English of beers’

Since their debut around a year ago, the Critic Booze Reviews – thoughtful reviews of the cheapest alcohol available to New Zealand man, woman or beast – have become a social media sensation. We’re delighted to bring them to The Spinoff, starting with Export Gold, ‘the Bill English of beers’.

This article was originally published in Critic Te Arohi, the Otago University magazine. Read more about The Booze Review here.

Export Gold is a beer that makes no attempt to do anything, be anything, or try anything. It has no defining characteristics, no personality, and no flavour. It’s the Bill English of beers.

It’s not a bad drink. There’s technically nothing ‘wrong’ with it, it’s just kind of… nothing. What’s the point of it? If it were a spice, it’d be flour. It’s the Wellington Phoenix in liquid form. It’s as basic as stripes, ugg boots, and sodium hydroxide.

It’s beer by the minimum possible definition. It tastes like nothing, which makes it the preferred choice of beer drinkers who don’t actually like beer. I think of it as a gateway drink – great for new drinkers or high school kids who want to acquire a taste, but beyond that, it’s time to move on to something with flavour.

Have you ever met anyone who genuinely loves Export Gold? They barely even count as people. Try striking up a conversation with one of them and the only thing they can talk about is the weather and how much they like or dislike the song that’s currently playing. Beyond that, their chat dwindles to just showing you mediocre memes they saw on 9Gag this week. And just like its loyal drinkers who will happily drone on again and again about that one try they scored for the 1st XV nine years ago, Export Gold still tries to advertise the fact that it won Best Lager in the World in 1994. Not as bad as Speights still claiming gold medals it won 137 years ago, but still kind of pathetic.

Export Gold recently decided to shake things up by releasing Export Hop Lager. An appropriate name, because it is so bland that I assume they only added one single hop. All it adds is a slightly harsh and sickly aftertaste. They took something which tastes like nothing and managed to make it worse.

Hop Lager just reeks of desperation. They’ve caught onto the craft beer movement 20 years late and are still trying to keep up with the kids. Like a mid-40’s dad who started wearing ¾ length pants and using the word ‘dope’. You’ve almost got to feel sorry for them.

Pairs well with: Parliament TV, Scrabble with grandma and an early bedtime.

Tasting notes: Nothing. But in a bad way.