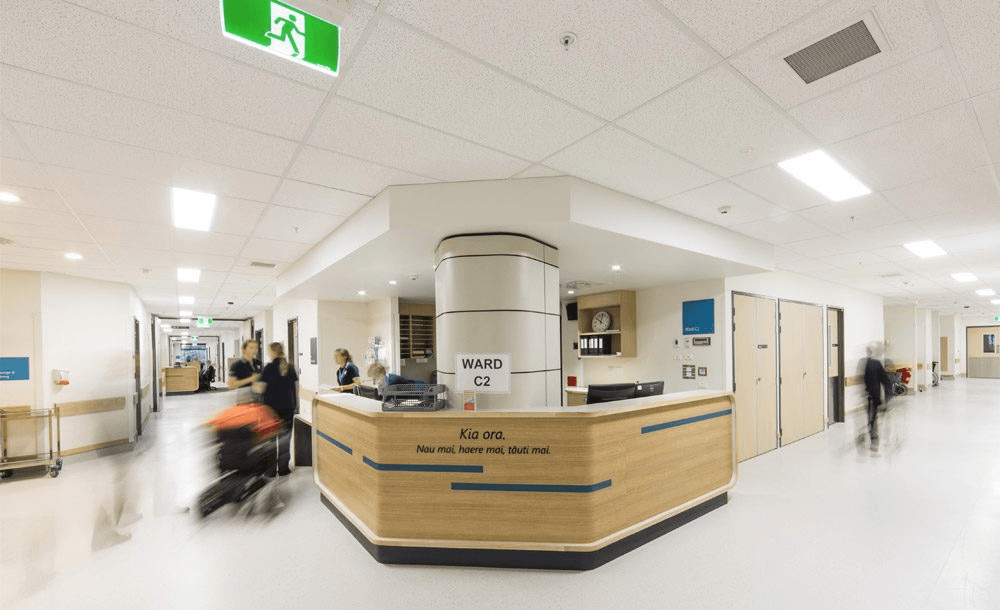 Beyond the toxic mould: how we can get our DHBs back

District Health Boards were set up to do a lot more than direct funding and monitor wait times. It’s time we got back to DHBs’ original aspirations – for the good of New Zealand’s health, writes former DHB chair Peter Glensor.

Over the past week, a sobering picture of a terrible maintenance backlog – toxic mould, power failure, and a sewerage leak – has emerged in one of our biggest hospitals. The situation at Middlemore Hospital has understandably led to calls for more funding, and of course more money is needed to maintain our hospitals. But that’s not all.

Over the last decade, DHBs have been led far far away from their original purpose. They were set up in 2000 so that local communities could be in charge of setting their own priorities for their health, and have access to the resources they need to achieve those priorities. A local DHB couldn’t and shouldn’t develop an entirely separate health system, of course, but they could use their local involvement to ensure the best use was made of health dollars in every community. There was an expectation that DHBs would work with other local and government groups, so the whole community was engaged and committed to better health outcomes for our people.

Now, 18 years later, DHBs seem to have been cut down to little more than branch offices of a huge company called Health NZ, with almost no ability to adapt to their local community. The only important measures of success have been reduced to: Are you balancing the budget? Are you providing more elective surgery operations? And is your hospital’s emergency department meeting the six-hour target? The role of board members to improve the health of their communities was ignored because the only question the government seemed interested in was ‘what’s the state of your finances?’ We are now seeing the results of that narrow focus come out of the woodwork in hospitals and DHBs across the country, and we’re discovering the woodwork is mouldy.

Of course money, elective surgery and waiting times are important, and when I was a DHB chair we took them seriously. But those three thing don’t spell out the whole health system. DHBs like the one I chaired are charged with a wider responsibility – are we contributing to making our community a healthier place, and are our people experiencing better health?

With a change of government, this is the time to reaffirm that goal. Health is everybody’s business – it’s complex and expensive, and everyone needs to play their part. It’s not just about doctors and hospitals. It’s about healthy families who eat well and get exercise. It’s about safe communities and neighbourhoods. It’s about people who get access to help early, and communities where helping agencies are respected. It’s about people having their cultural identity acknowledged as a key element in their wellbeing. All the parts of the system need to be able to talk to one another, and trust one another. Enough resources need to go into mental health services, so that broken hearted families have somewhere to turn.

All that goes beyond the boundaries of the health system. What are the two best ways to get improvement in health outcomes for New Zealanders? People having a warm, dry and affordable home, and people having a secure, adequately paid job. Neither of these is the direct responsibility of DHBs and the health budget – but the evidence is clear how important they are to health gain.

It’s that complexity which local boards know about. If all we focus on is money and technical numbers, there’s no need for community involvement – a small board of technically and financially competent people can do that work. But if a DHB has to think about the whole system, and how it is working in the community, different insights and skills are needed. The reason DHBs have both elected and appointed members is precisely to get that skill mix, and so that communities are confident in their health system.

In my three years at Capital and Coast DHB, not only did we reduce the annual deficit from $40 million to $10 million, we worked with staff to prepare a set of targets which would show how well equality of health outcomes was being achieved in the DHB district. We understood the huge impact that inequality has on our community’s health, and how important it was to invest in reducing that.

In the Hutt Valley, we set up a regular meeting between our city councils, our regional council and the DHB. We all had an obligation to work for ‘community wellbeing’ (words since taken out of the Local Government Act!), and we agreed to work together, at first on four priorities – deprived communities, physical exercise, children and young people, and alcohol. The specific issues will change over time, but the principle of working together remains the best way to serve the community.

In the law setting them up, the first two functions of DHBs are:

Firstly, “to ensure the provision of services for the population and for other people as specified in its Crown funding agreement”.

Secondly, to “actively investigate, facilitate, sponsor, and develop co-operative and collaborative arrangements with persons in the health and disability sector or in any other sector to improve, promote, and protect the health of people, and to promote the inclusion and participation in society and independence of people with disabilities”.

DHBs were always intended to do more than run efficient hospitals. There’s so much more to our health than that.

It’s beyond time to get back to those basics. Yes, failures like we are hearing about at Counties Manukau will take more money to deal with. The backlog of maintenance and service delivery shortfalls is significant. But we also need to make a new effort to re-make DHBs into truly public bodies, responsible to the government and responsive to the public. We need true transparency, so that the bad news and the hard issues are made clear to the community and honestly talked about, not just waved away with PR spin. We New Zealanders can do it – we’ve already started on it, and we know it works.