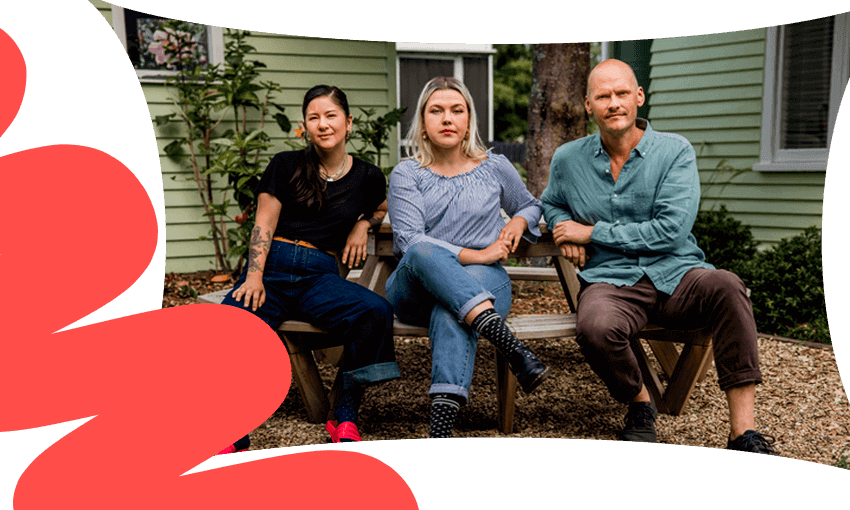 What we learned about independent artists this lockdown

The arts community has been severely hurt by the Auckland lockdown, a survey of more than 500 independent artists has found.

As Tāmaki Makaurau emerges from more than 100 days of lockdown, it’s easy to forget how much human interaction was put on full hiatus. None in the arts community felt the burden more than independent artists – those without permanent employment – which is laid bare in a survey of the sector conducted by Alice Canton, Sam Snedden and myself.

As independent artists ourselves, Alice, Sam and I realised that advocacy for targeted relief for the arts community was missing the voice of a huge chunk of the sector. We got angry, got organised and got data. The goal was to get an accurate and up-to-date readout of where our fellow gigging contractors were at, in order to figure out what they actually need.

We collected and analysed data from 543 independent artists from all over the country, managing to reach a massive portion of the sector. The results provide a clear picture of a community in the midst of a deep financial and emotional crisis.

Many established practitioners disclosed that they are leaving the sector and abandoning their artistic careers due to the stress of working under Covid-19 restrictions.

Seventeen percent of artists surveyed said they have stopped their practice all together, with many stating that conditions now are simply too hard for them to continue.

Seventy-three percent of respondents said they’d had paid work cancelled because of the lockdown and only 3% stated that they had more than enough work to get by.

Independent artists are not employed or directly protected by an umbrella organisation. We are contractors mostly living gig to gig – a pretty mean feat even in a New Zealand without Covid-19 restrictions. Hospitality was also severely affected by level four lockdown, but unlike the independent arts sector has received targeted relief thanks to a strong union voice. I graduated from Toi Whakaari drama school in 2014  and I’ve been an independent contracting artist full time (without a side hustle in hospitality) since the end of 2018. I once did the maths on a theatre show I worked on and realised that if I was being paid hourly it would work out to $2 per hour.

Artists have access to a few unions such as Actors Equity and the Screen Industry Guild of New Zealand, but the closest thing we have to a unified front in the independent sector is Creative New Zealand. CNZ is the organisation that funds our works (if we’re lucky), it has the widest reach in terms of direct contact with a variety of artforms, and is the closest to the ear of government in terms of advocating for direct support to make sure the industry is not just surviving but thriving.

In the six-week nationwide lockdown of 2020 Creative New Zealand made available an emergency relief fund, available to both part-time and full-time artists and designed to act like the employer wage subsidy. Seventy-nine percent of the independent artists we surveyed said receiving this grant was important to their financial stability in 2020, with 63% reporting that the grant was either very important or extremely important.

Therefore, when delta arrived in Auckland in August of this year and we snapped back to level four, it made logical sense that a similar amount of relief would be in order. We were encouraged to access the government wage subsidy, which after tax works out to be $480 per week. Seventy percent of respondents said this was either barely enough, or not enough money to live on.

Speaking personally, I remember watching as my upcoming work slowly started to slither into the ether. All of my jobs were cancelled for the rest of the calendar year and possibly beyond. At least $10,000 – gone. Friends in the industry were sharing horror stories of their yearly incomes vanishing overnight. Tours were cancelled, exhibitions shut down and theatres closed.

It began to look like financial aid that got us through 2020 was absolutely not coming. This was confirmed when CNZ released a statement essentially announcing that the coffers were empty, soz.

Some behind-the-scenes advocacy was started up, gunning for more support for the arts community. An open letter to the Mantū Taonga Ministry of Culture and Heritage (MCH) was signed by industry leaders all over the country. In September, the ministry announced it was making an additional $37.5 million in funding available to “protect jobs in the arts and culture sectors”.

This included $5 million to support organisations at “risk of going under” .

To access this support arts organisations and individual artists have to possess a New Zealand Business Number (NZBN), provide a detailed profit and loss statement for the six months prior to lockdown, disclose a statement of their current financial position and prepare an extensive cash flow budget for the next eight weeks. They must meet every single criteria or are ineligible. The findings in the independent artist survey directly point to the fact that the current financial emergency relief was simply inadequate.

Only 15% could prepare a detailed P&L statement without professional assistance, only half of those surveyed had a NZBN, 36% were able to provide a statement of their financial position without assistance and 20% could pull together the required cash flow budget without help.

Alarmingly, only 17 of the 226 full-time practitioners who completed the survey were able to fulfil all the MCH criteria. MCH’s funding is virtually impossible to apply for unless you have an accountant on hand – a Westpac Simple Saver, some invoices and a prayer would not suffice.

Overall, the financial literacy in the sector was pretty low. “Despite many practitioners undertaking tertiary level training in their field of practice, many lack the core skills required to operate successfully as independent contractors,” noted one respondent to the survey. This also points to the widening gap between the artists and the funding bodies who platform and aid them.

The message of this survey is clear: a short sharp funding injection that is genuinely accessible could truly stem the bleeding and help artists continue to fill Aotearoa’s stages, screens and galleries with life. I love my community. I love the artists who populate it. Their work transports us, holds us and makes us laugh and cry. But without urgent aid, in the words of one of the survey’s respondents, “Risks will not be taken, stories not told, careers vanished.”