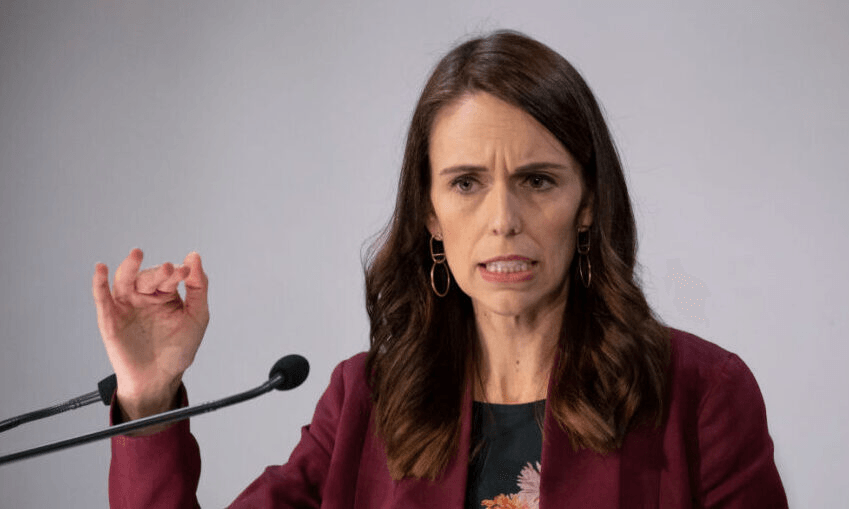 We still don’t know when we’ll be moving out of level three, but we do now know a lot more about what life will be like. Here’s what Jacinda Ardern has just revealed will change under alert level two.

As the slow march towards normality continues, we just got a lot more detail about the conditions we’ll be living under when the move to level two takes place. To be clear – the exact date of the move still hasn’t been announced, and we won’t get a further indication on this until next Monday. But when it does happen, it will be a significant step towards reopening the country.

Introducing the rules that would apply for alert level two, Jacinda Ardern said: “We can be proud of what we have achieved. Low numbers of new cases and two days without any. Increases in testing, including actively testing those who might be at risk of Covid-19, as we hunt to find any burning embers of the virus.”

She added that as restrictions have been eased in other countries, the virus has bounced back, and the lessons from that are being learned.

What are the general principles of level two?

Last time we were in level two, back before lockdown, it was pretty clear that we were marching steadily towards greater restrictions.

Even though this time we’re coming at it from the opposite direction, the principle of reducing contact with those outside the bubble still applies. Practise physical distancing when you’re out and about. If you’re sick at all, stay home, and if you have symptoms related to Covid-19, get tested immediately.

However, some aspects of level two have been tweaked over the intervening weeks, in a move away from onerous restrictions. It has been “designed to get as many people back to work as possible,” said Ardern, and that we will only move into it if everything else is under control. Her tagline for this stage – “play it safe.”

Can I travel between regions now?

Travel around the country will again be allowed, but there will be requirements to keep your distance from others. This is a change from the earlier description of level two.

There is no change here. All arrivals will be quarantined, and for all intents and purposes, the border remains closed to international travel.

Will schools be fully open?

Currently, schools are basically exclusively for the children of essential workers, or those who absolutely cannot have their kids at home, with the onus being put on staying home and using distance learning. At level two, the onus is switched. Schools will be open for all, and most kids will be expected to attend, though distance learning will still be available for those who need to be isolated – for example, if a family member has been diagnosed with Covid-19.

If there is a case of Covid-19 found, schools will be required to close for 72 hours to allow contact tracing and cleaning to take place.

Will we be heading back to the offices that we so dearly miss?

Still probably not. If you can work from home, as many office workers have been able to over levels three and four, it would be better to continue doing so. However, you can go back in to work – Ardern suggested people “have a conversation with their boss” about whether they absolutely have to be in the office. “Each business can work out its own situation,” she said, but there are clear principles that can be applied.

What will it mean for food and hospitality businesses?

Those S’s are – everyone must be able to be seated, which helps ensure ease of tracing and distancing.

People must also be separated, for obvious reasons.

And each table there must be a single server, and people will not be allowed to go up to the counter, to limit the amount of surfaces people end up touching.

What about people working in other people’s homes?

Yep, if you’re working as a cleaner or something else that involves going into people’s homes, you can start doing that again.

It’s time to get rid of the shaggy do, because you’re allowed to have haircuts again. However, hairdressers will have to wear PPE, because it is impossible to do the job without being in close contact with many different people.

The rules would allow up to 100 people, both indoors and outdoors. This is a change from the previous rules, which allowed 500 people at outdoor gatherings.

The numbers will still be capped as above, but in general terms many of the restrictions here have been removed.

Will museums, gyms and other public buildings reopen?

Yes, but again, they will be required to have physical distancing and cleaning measures in place.

What about our bubbles?

You will be released from your bubbles, and can have friends and family over. But keep the numbers small, don’t have a big party, and keep safe.

What can we as the public do to make sure we keep moving down levels, rather than back up?

Keep track of your movements, and who you interact with, so that if needed you can make the job of contact tracing much easier. Also, practise physical distancing, don’t lick handrails, that sort of thing.

Will we all have to wear masks in public?

Officially, no. There will be no requirement to wear masks in public. As to whether people should, there is reasonably strong evidence from Taiwan that it is useful in preventing the spread of Covid-19. The point of a mask isn’t necessarily to prevent the wearer from getting sick – its main job is to prevent the wearer from passing anything they might be carrying on to others. In the New Zealand context, everyone who might be sick is being asked to remain at home anyway, so if people are doing that, it reduces the need for universal mask-wearing.

Should we be shaking hands with each other?

Dr Ashley Bloomfield spoke about this in an interview with the NZ Herald, saying that in general terms, people shouldn’t be having hugs or handshakes with people they don’t know – an elbow bump or an East Coast Wave are much safer options. But if you end up having a quick hug with a close friend you haven’t seen in a while, that’s probably fine.

What about hooking up with people?

The principle of physical distancing should still probably apply here, sorry. But if you end up having a quick… well, you get the idea. Don’t go out if you’re feeling unwell.

I miss sport. Will sport come back?

One News has been reporting that a return of top level rugby could be announced “pretty quickly” at level two, and Ardern confirmed that domestic professional sport would be allowed to take place. The games would have to be played without crowds – even with the Blues involved, the limits on gatherings would still be too tight.