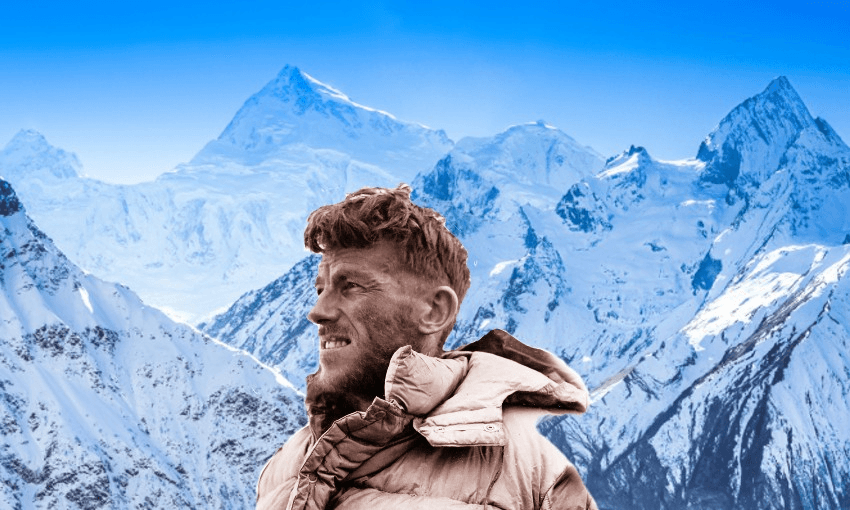 The memory of Sir Edmund Hillary is still fresh, but as the years roll by it may not stay that way.   Josie Adams ranks the ways future generations could learn about our national hero.

As we head into winter and ski season I’m reminded of our country’s biggest snowbunny, Sir Edmund Hillary. We know some of his history: he was one of the first two humans to top Mt Everest, he cancelled the Yeti, and he built a lot of schools. He’s usually remembered as a principled, straightforward national hero: he saw a mountain, he climbed it. He saw an empty space in the Himalayas, he built a hospital in it.

His legacy, however, is a little more complicated. His offspring and fans shot off in a million directions after his death, some of which were well thought through. Others were blatant cash-grabs the big man might have frowned on. All of them have borne his name and image, and the more time passes, the more this image could be distorted.

To keep the image of Sir Ed pure for future generations, I’ve ranked his legacies from least to most honourable. Choose how you remember him wisely.

This is the worst attempt to honour Sir Ed, as it is based on an outright lie. He was a confirmed Weet-bix kid, eating eight every day. At his funeral, his son told mourners that our favourite knight once refused to endorse another brand because he loved Weet-bix too damn much.

Interesting, then, that in 2013 his family posthumously decided to launch Hillary Cereal & Nuggets, Hillary Cereal & Nuggets Banana & Honey and Hillary spreads Peanut+ and Peanut+Honey. It wasn’t even through Weet-Bix makers Sanitarium – the protein-enriched cereal was produced by Smartfoods, which owns the Vogels brand in New Zealand.

This is a blatant betrayal of Sir Ed’s legacy and must be called out.

‘Hillary 88’ by little known local musical duo The Kiwis is officially endorsed by Lady June Hillary as the official world memorial song for Sir Ed Hillary. It was first released in 2009, soon after the great man’s death. I had never heard it even once until I wrote this article.

The melody does evoke a mountain, but it’s not a banger. It could be very soft backing music in a TV movie but I would not remember it, so this is the opposite of a legacy.

Sir Ed’s son, Peter, agrees that too many inexperienced mountaineers are having a crack at Mt Everest. To help fans of snowier climes, he’s helped create The Edmund Hillary Collection, a luxury fashion line currently sold in Arrowtown, Queenstown and Auckland International Airport – perfect for a spot of shopping before you fly out to Aspen. The range consists of mostly jackets, and many items cost upward of $1000. That’s quite a lot for clothes that are not “technical climbing gear”.

Goose down, secret pockets, and Christmassy vests bearing the Hillary name now adorn the chic bodies of Queenstown. You, too, can carry on his fashionable legacy.

Sir Ed led an exploratory mission to find the infamous Yeti, which many hoped would give credence to its existence. It did not. He decisively concluded that “the Yeti is not a strange, superhuman creature as has been imagined. We have found rational explanations for most yeti phenomena”.

This is not as tangible as a jacket or cereal, but it’s a big deal. Thanks to anti-Yeti Ed, hundreds can flock to Everest without fear of being abducted by an abomination.

The Hillary Trail is a four-day, back-to-basics camping trail through the Waitakere ranges, and was created to encourage youth to get amongst the wilderness. The 75-kilometre walk goes from Titirangi to Muriwai. As the Hillary family actually spent a lot of time in those spots, it’s not a total legacy mismatch.

There are also mountain ranges on Pluto named after Sir Ed and Tenzing Norgay, which is a bit more of a stretch, but pretty cool.

4. The statue on Aoraki

A bronze statue of a young Ed gazes out at the mountain range. The man himself gave approval for the build, although it took a bit of convincing. It’s a little showy. The statue is attached to the Sir Edmund Hillary Alpine Centre, a museum showcasing mountaineering history in the area.

The museum contains a 126-seat custom-designed theatre with 2D and 3D capabilities, as well as a Digital Dome Planetarium. I don’t know Sir Ed’s stance on space, but I’m sure it’s positive. Because the museum contains mention of other famous climbers like Harry Ayres and Mark Ingles, Sir Ed would probably be OK with this legacy.

Sir Ed himself set this up, so we know its origins are true to his memory. The Trust built schools, hospitals, and an airstrip in the 60s and 70s, often with the help of Sir Ed’s own two gigantic hands. The Trust still operates today, offering humanitarian aid when needed. In the past decade, the Trust has provided support for families affected by natural disasters, launched water and sanitation projects, and carried out seismic strengthening on public buildings.

This is exactly what the great man would be doing if he still had the life and arm strength, no doubt about it. An excellent legacy.

2. The potential national day off

This is not a legacy yet, but it could be. As a venerated explorer and man of political action, Sir Ed knew the value of a day off. On a Monday, the general populus could celebrate his memory by heading up a mountain instead of into the office.

In 2008 the Green Party floated the idea of an annual holiday around Sir Ed’s birthday, akin to Queen’s Birthday weekend but much more justified. “Sir Ed was a fantastic role model in encouraging New Zealanders to get active. With his birthday falling virtually mid-winter, a day off in his memory for winter sports is an ideal tribute,” said then-co-leader of the Green Party Jeanette Fitzsimons, and to this day I agree.

In 1992 Five Dollar Bill Ed replaced Queen Elizabeth II on our money. This was a great move and has been widely celebrated in the decades since. A penguin on one side, a weathered smile on the other; this banknote is my favourite. My friends and I grew up craving fat stacks of Eds, which were more waterproof than any bills that came before.

Although we’re moving into a cashless society, it’s still Ed’s grinning, copper-coloured face we see staring up at us out of charity donation boxes, and that’s just what he would have wanted.