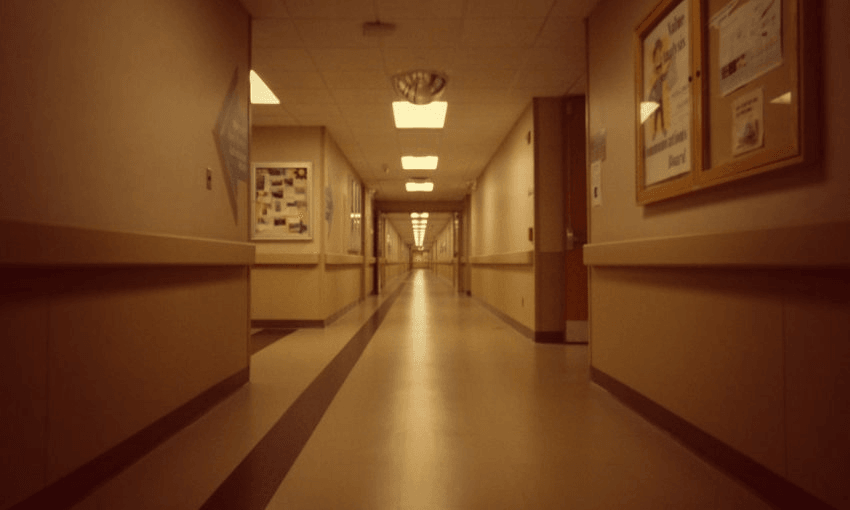 Failure to progress: The abortion clinic story, two years on

Lou Kelly’s essay ‘How working in an abortion clinic changed my mind about terminations‘ remains one of the most popular posts in Spinoff history. Two years on, they reflect on its international impact, and how the abortion debate has, and hasn’t, moved on in New Zealand.

Two years ago I published an essay about how working in an abortion clinic as a student studying women’s health had shaped my views on a woman’s right to choose.

I wrote it with the confidence of a naive and at times ignorant student midwife. I was 21, a year off graduating, and had never been pregnant, nor was I close with many women who had experienced an unwanted pregnancy. I was however somewhat more educated and exposed to the subject than most people my age.

Upon publication the post went viral. The support was overwhelmingly positive, but there were also people who hated it, and by association, me. There were comments saying that I would make a terrible midwife, that I had no heart or soul. I had messages in my inbox telling me I deserved to die for my views, and that I was sure to be damned to an eternity in hell.

To this day, it’s the most popular piece of writing I’ve ever published, and I have a lot of feelings about it – not all of them good. Since its publication I have graduated, I have worked as a midwife for 12 months. I have been pregnant, and miscarried. I have walked with friends through their own pregnancy losses, and terminations. I’ve also taken up postgraduate studies in politics.

In my work as a core midwife I found myself caring for so many whānau who had pregnancy losses that I felt myself trying to force my heart to shrink to the size of The Grinch’s, prior to his Christmas heart-growing revelation. Oh how much easier my job would have been if only I didn’t feel so much.

I still have a stomach of steel but I sure as hell don’t have a heart of stone anymore. This heart of mine is scraped, bruised. It’s as squishy, soft and warm as the belly I have grown from inhaling carbs during fleeting breaks on long, understaffed shifts.

In me are the moments I have sat staring at two pregnancy tests side by side, willing at least one of them to magically turn from positive to negative. The moments I have run a heartbeat monitor over a heavily pregnant woman’s belly and heard nothing but the sickening sound of absolute silence, watching the look on her face as her eyes lock in with mine and we both know what this means. Now more than ever I understand that life does not work on a binary of good and bad or right and wrong. We are forever holding two opposites in tension and navigating the murky in-between.

Two years ago I felt confident that our conversations and beliefs about women’s reproductive health were moving (painfully slowly) in the right direction. I squealed with delight when Ireland repealed their eighth amendment that criminalised almost all abortion.

Today I am terrified of the dehumanising legislation spreading like wildfire across Trump’s America. I am sickened by Simon Bridges daring to think he gets to have an opinion on termination. That this completely unqualified man referred to the criminalisation of abortion as a “regime” that he feels works. I am angry that Alfred Ngaro likened abortion to the Holocaust, and his party leader did not oppose this statement. I am disturbed that an estimated 200 women in Aotearoa each year are refused access to an abortion, and that no data is held on why these terminations are denied. Two hundred women, with their own beating hearts, and functioning brains, and lives as deep and meaningful as our own, are forced to carry a pregnancy to term against their will.

Why then do I not feel that all I wrote two years ago rings true today? For the most part, it still does. In 2017 I painted abortion as a tragic, heartbreaking experience. I wrote about abortion as traumatic and painful. For some women this is the case. For me, knowing I had to declare myself mentally incompetent to end my pregnancy felt cruel. Maternal guilt wreaked havoc on my sense of identity. Despite my education, and the positive relationship I have with my sexual health, the criminalisation of abortion in Aotearoa really did a number on me.

This isn’t the case for everyone, and that’s OK. For many women abortion is a simple decision, one that holds little distress. Being able to choose when and if you want to have a child is a wonderful and important thing. To see a positive pregnancy test and know that you get to choose is vital. Simply not wanting a baby is as good a reason as any to have access to a safe and legal abortion. Choice over timing and rate of reproduction decreases poverty, and increases both maternal and infant health. Except in Aotearoa you alone don’t get to choose. We take that power from women and make them convince two separate medical professionals that they should get a choice over who and what claims space in their own body.

Women for whom abortion is a simple and easy decision are just as important and valid in the conversations we have about reproductive health. Amongst these discussions, just like discussion on sexual assault and harassment we have come to expect women to relive their most painful and personal experiences in order for many men to believe we’re actually real life humans with real life feelings and opinions. I am very much tired of this social trend that relies on women baring their hearts for those in power to pay attention. Why can we not just be treated with the basic respect that we know our lived experiences, and we don’t need laws to control how our bodies are used?

In my earlier piece I also claimed that a pregnancy prior to 24 weeks is not a completely separate life. For some women this is very much true. But I know that from the moment many women first hear the galloping sound of the fetus’s heartbeat they fall in love, and know and see a full human life for their future child. I know from helping women who have lost their pregnancies around 20-24 weeks that their grief is significant and at times unbearable. They will have to navigate the endless questions about due dates, and gender, and what happened.

While having information on the physical realities of both medical and surgical termination is important, as is recognising that either of these things can be safe and best for a woman. Scaring women about these procedures is not helpful. Medical terminations are painful, and messy, but they also allow a woman to go through that experience in the safety of her own home, with those who love her by her side. A surgical abortion is incredibly clinical, but many people feel visceral safety in the hands of a doctor – being able to have that experience in a clinic, and not in their own home, is exactly what some women need. This is why choice matters: not just the right to choose if you have an abortion, but also how and where.

This is all a very roundabout way of saying an individual woman’s experience is hers alone. Her feelings, positive or negative, are valid and also hers alone. It’s almost as if each woman is a separate human being from the next. That we aren’t all clones programmed to react in ways that politicians or religious groups deem appropriate.

As I have said at least once before:

If it is not your life,

If it is not your pregnancy,

If it is not your experience, or your body,

You do not get an opinion.

A woman’s right to her own body should no longer be up for debate. Your personal political or religious beliefs have nothing to do with the rights of women you know nothing about.

To be ‘pro-life’ is to strip a woman and a family of all respect and dignity. Supporting choice hands dignity and respect to that woman, and grants her the power to make her own decisions.

My abortion wasn’t a choice: what it’s like to have an abortion for medical reasons