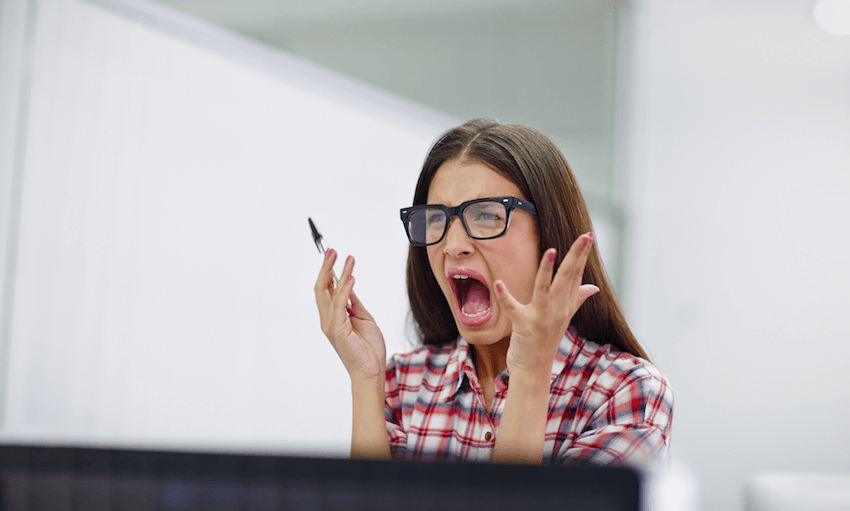 The summer of FML: what the pill shortage could mean for NZ women

News that the most popular contraceptive pill in New Zealand is running short has thousands of women quietly panicking. Rose Hoare runs down the reasons.

Pharmac is phasing out the oral contraceptive Ava in favour of Levlen, a second generation pill which, it’s claimed, has a lower risk of blood clotting. But while the nation waits for a re-up of Levlen to arrive, supplies of Ava have gotten dangerously low. Per Radio NZ, pharmacists are having to ration out their diminishing supplies like they’re the last few biscuits in the sampler, dishing out a month’s worth at a time instead of three or six months, which is not very convenient for women about to head away for the sex-filled holidays they so richly deserve.

Pharmac says supplies of Levlen will arrive in pharmacies this week, but…what if the ship hits a sandbar or the plane gets grounded somewhere? A pill drought could cause chaos. Without more Levlen, we can expect…

Acne-prone ladies can use combined contraceptive pills to help control their pimple outbreaks. Having to sweat through summer with no Levlen means their sebaceous follicles will be up to their old tricks again in no time.

A sudden drop in oestrogen — which happens just before your period starts, and is more noticeable when you stop taking birth control — has been associated with a compulsion to tidy and clean house. It’s a nesting impulse that can seize women in late stages of pregnancy. too. Without sufficient Levlen, half of the country is going to wind up in the next inorganic collection in a brutal New Year spring clean.

While many women say the pill makes them batshit crazy, lots of oestrogen helps to create what one doctor calls “a veil of accommodation”. “A good way to think of oestrogen is as the ‘whatever you want, honey’ hormone,” writes Dr Julie Holland in her excellent hormone explainer, Moody Bitches. If the Levlen were to run out, that veil would be lifted, and women around New Zealand would suddenly have no problem expressing the sadness and anger that they might otherwise swallow.

For some women, the contraceptive pill causes fluid retention that results in larger breasts. If they were to stop taking the pill, these would deflate again.

The pill regulates periods, making them less painful, more predictable and more short-lived, and it can be used to regulate them away altogether. Without access to the pill, many women might be forced to cope with angry, vengeful periods that creep up and wreck Christmas.

Although the whole point was to make sex more free and easy, the pill is known to lower sexual desire and pleasure (something to do with a protein called Sex Hormone Binding Globulin binding up your lowered testosterone). If you are on the pill for long enough, your libido could be irreversibly damaged. Coming off it might lead to some sort of mass sexual awakening the likes of which only those who lived through the ’60s can imagine.

There’s also some evidence that the pill influences attraction. With their bodies tricked into thinking they’re pregnant, hetero women appear to be less responsive to pheromones that help them find a compatible mate. Instead, they’re more likely to be drawn towards a nurturing, brotherly type who researchers warn “could ultimately leave her less sexually satisfied”. Good time to be a bad boy in a leather jacket chewing a toothpick.