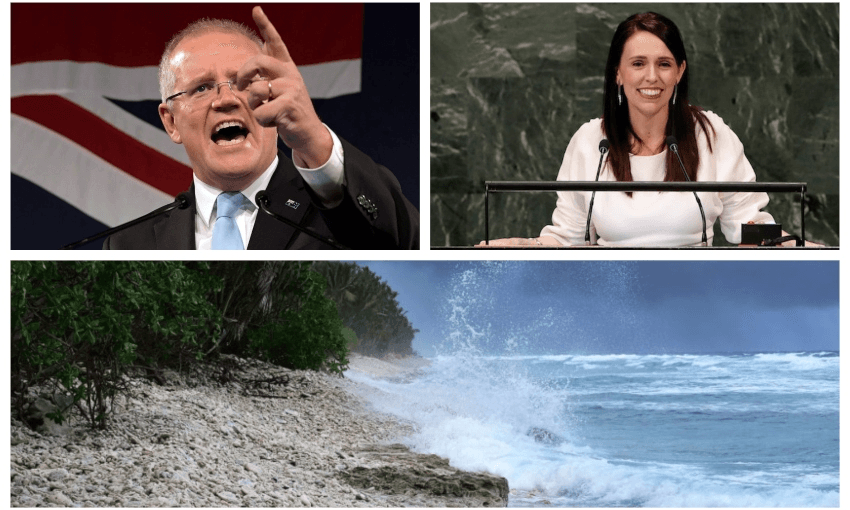 New Zealand doesn’t deserve to be smug about climate

The horrors in Australia have had left many of us feeling complacent about New Zealand’s own response to climate change. But are we doing enough, asks Adam Currie.

Aotearoa New Zealand is a leader in talking about climate change. We passed the Zero Carbon Act unanimously, have a prime minister deemed the “Anti-Trump”, and shamelessly pronounce ourselves “role models”. But do we believe our own rhetoric?

In December, I was part of the New Zealand government’s delegation to the UN climate conference COP25. In public, our two priorities were to stand with the Pacific and raise international ambition. If we ended up doing either then it’s news to me; New Zealand opposed Pacific-led initiatives to ensure carbon trading generated cash for adaptation (known as ‘OMGE’) and refused to put forward a joint plan with the Pacific about how we would support those staring down the barrel of climate devastation. Instead, we told them in our closing statement that “good things take time,” words that will hopefully offer comfort while islands drown and storms destroy lives. When hundreds of indigenous and other activists were evicted from the venue, NZ’s mouth clamped shut, despite allies such as Canada and even Australia working successfully to get them back in. When Tuvalu, a Pacific nation on the frontlines of the climate crisis, desperately asserted that blocking climate action could amount to “crimes against humanity”, New Zealand remained silent.

For sure, we aren’t an uber-baddie; our government isn’t led by a Bolsonaro, Morrison or Trump. We’re not destroying rainforests, building mass coal mines, and dismantling environmental regulations. We have a government which, if nothing else, talks about climate ambition, and is implementing some measures to mitigate the climate crisis.

COP25 offered massive opportunities for Aotearoa. We could have walked in solidarity with tangata whenua to the negotiation room and clearly asserted the importance of human rights as a bottom line for any carbon trading agreement. We could have amplified the voices of those most affected by the climate crisis, and actively pushed back against the shrinking space for civil society.

None of these measures would be radical. New Zealand is entering its third year with a government publicly committed to prioritising climate action, with mass public support for ambitious measures. September’s School Strike 4 Climate march mobilised 170,000 demonstrators, one of the biggest per capita turnouts in the world.

Unfortunately, to date, the government has done little to harness this opportunity. Emissions are as high as ever and on track to well surpass our 2030 target, oil rigs are coming from across the globe to drill in our waters, and the government continues to give free carbon credits and tax breaks to large polluters.

While the Zero Carbon Act is undoubtedly a good start, experts warn it will do little to affect New Zealand’s emissions in the short-term – and as Greta Thunberg has pointed out, focusing on 2050 targets can be dangerous, as it deflects attention from the urgent change required in the next couple of years.

The Zero Carbon Act also left untouched New Zealand’s Resource Management Act, which still explicitly bars local authorities and the Environmental Protection Authority from even considering climate change when issuing consents, allowing Austrian oil giant OMV to be granted yet another a drilling consent only the day after COP25.

But we cannot allow that hope for change to die out entirely. To give up is to abandon our whenua, to accept mass destruction, and to pretend that the school strikes have meant nothing.

Politicians have proven that they aren’t going to do what’s necessary unless their jobs are put on the line. So let’s do exactly that. This new year will not only be the year of the election, but the year in which people have watched in horror at the devastation of Australia’s bush fires. And this new decade will not only be the decade of skyrocketing support for bold climate action, but the decade when people show the politicians who the real leaders are.

Because talk without walk is not only hypocrisy – it’s the biggest threat to climate action there is.