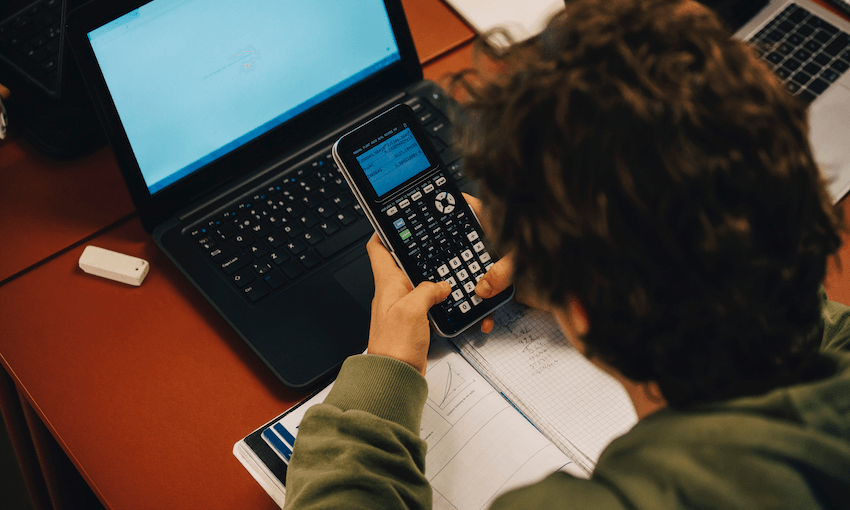 Our students’ maths knowledge in their first year of high school is worse than ever – and that has grave implications for the future, say mathematics professors Gaven Martin, who chairs the Royal Society panel that’s tackling the decline, and Jodie Hunter.

Maths is an essential part of our lives, from everyday living to educational opportunities and career opportunities. These days some knowledge of mathematics is required  for most careers, including business, nursing, construction and various trades, while a high level of mathematics knowledge is required for fields such as medicine, engineering, economics and careers in science and technology. Early achievement in mathematics is a strong predictor – even more so than reading skills – of later academic achievement, financial success, and future career options.

Few doubt that the science and technology of the 21st century (and beyond) will be in large part about the manipulation, handling, analysis and interpretation of physical and computational data. No one doubts those with strong mathematical and analytical skills are going to command a premium in economies of the future, indeed we have seen this for decades – nationally and perhaps more so internationally.

The skills taught in higher-level mathematics are to analyse, synthesise, abstract, induce, deduce, generalise, specialise and observe analogies. Future economies are going to become more and more reliant on educated populaces with these skills. Some nations realise this, have invested and are reaping benefits – you will know the examples.

But to gain these skills one simply must have a good handle on foundational mathematics. Evidence shows that those who start poorly in mathematics almost never catch up, even when given sustained significant assistance. Against this background Aotearoa New Zealand’s low performance both by  internal measures and against international benchmarks is cause for great concern. These international benchmarks show us to be essentially at the bottom of the OECD and the English-speaking world, where we have been for nearly three decades. To this point, the actions taken in compulsory schooling, from the previous focus on numeracy strategies to the more recent National Standards, have failed to improve the achievement of our students by our own and other measures.

A fundamental concern within our schooling system is the inequality related to socio-economic status. For instance, students from decile 7-10 schools are two or three times more likely to gain University Entrance qualifications than those students from Decile 1-3. We acknowledge that university qualifications are not the only pathway to success, but our concern is that students from poorer areas are locked out of taking up these opportunities.  Indeed, in the trades, low-level quantitative skills lead to poorer outcomes (in all senses of the word).

To address these issues, the Ministry of Education has commissioned an investigation by the Royal Society Te Apārangi, which has set up an independent panel to consider the issue. The ministry is to be lauded for doing so. It is a reflection of the growing desire for evidence-based policy making in the government since the appointment of chief science advisers a decade ago.

This panel, which is independent of both the ministry and the teaching profession, aims to provide advice to support the refresh of the New Zealand Curriculum, and to inform the development of a high-level approach to supporting learning in mathematics and statistics. Topics include determining

Already we hear many saying the problem is obvious. They blame the teachers who should “teach the basics” better. But the problem is far more nuanced than that. Teachers teach with the skills imparted to them from their own education and training, and in New Zealand society, mathematics as a subject has been positioned as one in which it is typical to fail. For example, it is common to hear people say, “Oh, I never could do maths”, whereas rarely you would hear someone say, “Oh, I could never read or write”.

The other excuse we hear is that certain sectors of our population are responsible for the poor overall results and that we (whoever we is) are OK. To dispense with the last claim, note that since 1995 the proportion of students who identify as Asian has climbed from negligible to more than 15%. All the data shows that cohort performing significantly above average in the mathematical (and other) sciences. Thus these students’ performance masks a significant decrease in attainment for all other students over 25 years. We should all be worried. We cannot dismiss the data, however unpalatable.

As noted above, there are plenty of career opportunities for those with good analytical and quantitative skills. Teaching is but one, and it is one of the poorest paid, but perhaps most rewarding in other ways. Evidence shows that teachers who are most comfortable and knowledgeable with the content they are required to teach tend to transmit that knowledge best to students. Indeed, there is a strong correlation between teachers’ discipline knowledge and student achievement. Sadly, in Aotearoa teachers’ mathematical discipline knowledge is among the lowest in the world. One might address that by requiring more discipline knowledge of new teachers (of course it is hard enough already to get mathematics and statistics teachers at any level), but no doubt there is going to have to be a significant investment in professional development to upskill the existing cohort.

Adding to these issues is the fact that schools are sometimes less than honest about achievement levels. Students are directed into “easier” pathways (often with good intentions) that ultimately lead to their failure, but improve a school’s performance, since internal assessment is poorly benchmarked across the sector. Lest you think this is a school problem, New Zealand universities too have been pulling quantitative learning from a broad spectrum of undergraduate degrees, in business, humanities and science, in part reflecting the commodification of higher education. This serves no one well.

Those now living in New Zealand have to make a choice. Either we seriously address these issues and create our own skill base within the country, or we continue to leverage the attractiveness of this country to import those with needed skills (and pay them the higher salaries).