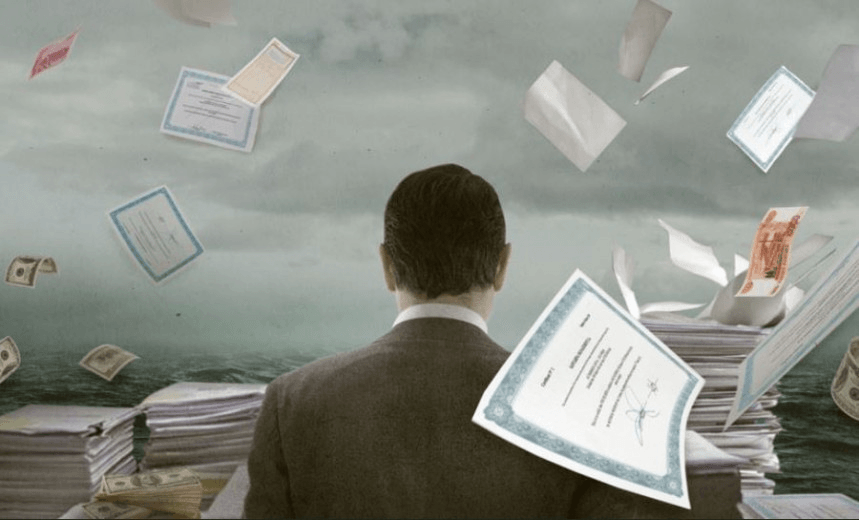 Opinion: Publishing the names of thousands of people who have dealt with Mossack Fonseca irrespective of wrongdoing is reckless, unfair, and worthy of Kafka’s The Trial, argues Ben Thomas.

The internet loves lists. “The 28 Most Unfortunate Names In Sport”; “23 Friends Quotes That Never Stop Being Funny”, “17 Delicious Salads You Should Pack For Lunch”. This may go some way to explaining the excitement surrounding the forthcoming release by the International Consortium of investigative Journalists of more than 200,000 entities and individuals mentioned in the Panama Papers, an enormous leak of 11.5 million files from law firm Mossack Fonseca.

This list, due to drop at 6am tomorrow (Tuesday) morning NZ Time, also has the advantage of resembling a Buzzfeed-style quiz as written by Jorge Luis Borges. “Which of these thousands of names are tax-evading fraudsters, and which are simply people who have dealt in some way with the world’s fourth largest trust firm over the past two decades?”

The source for the leak, “John Doe”, and the ICIJ have indicated they will not be saying which names are which. They admit that many of the people on this gargantuan Dramatis Personae have done nothing wrong.

That won’t be of much concern to local readers. There are almost 400 New Zealanders on the list, and we love a story with a Kiwi connection. But it’s an astonishing reversal of the burden of proof, where the source and journalists haven’t bothered to provide the answers, leaving the clear message that these people have some case to answer.

A putative listicle detailing reasons for being named in a law firm’s files will be dull, but long: clients, other parties, referees, suppliers, witnesses. Or perhaps they are someone who has at one time met Ken Whitney, the Prime Minister’s former lawyer.

Whitney features in the papers, and at this stage it is hard to imagine there is a lot of written material in existence anywhere produced by Whitney that doesn’t reference John Key or other figures in some way. Given the rather desperate and unnecessary name-dropping in his email to then Revenue Minister Todd McClay, it would be a surprise if Whitney’s family Christmas cards didn’t begin with, “As I said to my client the Prime Minister recently”.

The rejoinder may be that the firms and people named by ICIJ have the opportunity to clear their names when they are (inevitably) approached by journalists. But clear their names of what? The list by itself doesn’t just lack accompanying evidence. It lacks allegations. It’s the world of Josef K in Franz Kafka’s The Trial – charged with a crime, but never told what.

The leaker’s stated justification for the list is that printing it will prompt tax authorities to look into those listed, identify which have abused these structures to illegally avoid taxes or launder money, and take appropriate action.

But the people who already have the information needed to make educated allegations or to prove that any of the named individuals are guilty of wrong-doing are the hackers and the International Consortium of Investigative Journalists. And they refuse to do so, at least in relation to the list.

It relies heavily on the innuendo of association. As one example of the flaws in this method, imagine if Nicky Hager had simply released a list of all people featured in Cameron “Whaleoil” Slater’s correspondence rather than writing Dirty Politics. It would be impossible to distinguish the like of Slater and Carrick Graham from grieving West Coast parents or Hager himself, who is mentioned often. As another example, think about all the jerks you’ve been Facebook friends with over the years and imagine being implicated in whatever the hell they’ve been up to since you hid them from your timeline.

There’s been a lot of outrage about the almost certainly criminal way the Panama Papers were obtained. On the other hand, as a former journalist and political staffer I tend to see leaks as inevitable and often useful, and there will always be a public interest test to see where that balance lies.

It’s certainly arguable, for example, that in a New Zealand context the government has failed to adequately address NGO and industry concerns over foreign trusts. But the ICIJ doesn’t advance its cause by creating a guessing game implicating the many foreign people who have trusts in New Zealand for exactly the same reason New Zealanders have trusts in New Zealand. At best it’s an abdication of the role of journalism, at worst it’s deliberate and cynical scapegoating. Do we really gain anything by dumping such a list into public and hoping for the best? The answer, regrettably, may not surprise you.

Ben Thomas is an employee of Exceltium Corporate and Public Affairs. The firm has clients who work in the area of domestic and offshore trusts.