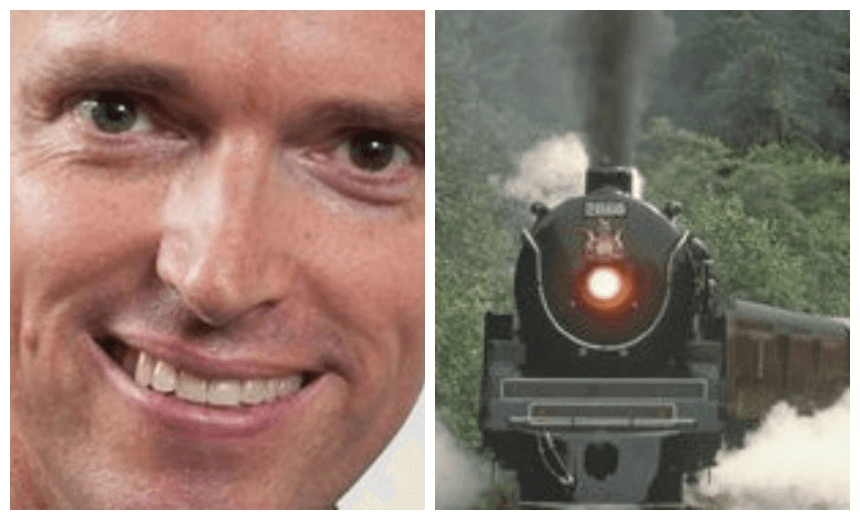 For the love of all that is holy, please can the Colin Craig legal train wreck stop?

Colin Craig says he has filed defamation proceedings against his former secretary Rachel MacGregor, just one of at least five cases the former the Conservative Party leader currently has before the courts. Otago University law professor Andrew Geddis looks at whether Craig’s seemingly never-ending legal actions can be stopped.

One of the earliest publicly screened films was the Lumière brothers’ “L’Arrivée d’un Train en Gare de la Ciotat”. According to (a possibly untrue) legend, it sparked consternation in the audience when shown in 1895, with people “screaming and dodging” from the locomotive’s apparent path.

Viewed today, the short clip is … underwhelming. If we’re going to watch a train on our screens, we now expect it to do something like this: crash; explode; maybe even release an alien monster.

But surely, even in these voyeuristic times of visual excess, there is a limit to our appetite for destruction. What if atop a crashing train the director hurls a flaming 747 jumbo jet filled with dinosaurs, sharks and transforming robots? And what if amongst the ensuing wreckage and carnage the camera lovingly lingers in close up on the dire fate of a young woman who just happened to buy a ticket on the wrong express?

Does that sound like a movie you really would want to watch? And if so, have you thought about getting treatment for your problems?

All of which is a rather convoluted way of getting to the point; today’s news that Colin Craig has filed papers in a defamation action against his by now very much former and over it all press secretary, Rachel MacGregor.

Oh, for the love of all that is holy, please can this legal train wreck stop?

Granted, Mr Craig claims he will only proceed with his case against Ms MacGregor if he does not get the result he wants from his other defamation trial against some blogger that people used to talk about. So it may as yet come to nothing.

And granted, the horror show of Mr Craig directly questioning Ms MacGregor during that earlier trial actually was the result of the blogger’s decision to subpoena (i.e. legally force) a reluctant Ms MacGregor to testify in support of his case. Neither of the parties to that proceeding really deserve anything other than our contempt for their treatment of her.

Nevertheless, the prospect of a wealthy and seemingly fixated man launching a defamation claim against a female ex-employee (with whom, remember, he agreed to settle a sexual harassment complaint) in order to try and prove that she really was a little bit in love with him is just … yuk. So much yuk. Is there not some way that the courts can stop all this yuk from happening?

The unfortunate answer is no, they can’t. Access to the courts to vindicate your legal rights is a really, really jealously guarded constitutional principle. Back in the 1970s and 80s, our greatest ever judge, Lord Cook, even suggested that the courts might refuse to recognise any parliamentary legislation that stripped people of the right to access the courts for justice.

Of course, that general right does allow for some limits. The courts have a power under the Senior Courts Act 2016, s 166 to “make an order restricting a person from commencing or continuing a civil proceeding.” But the conditions for making such an order are very restrictive.

In a Court of Appeal case from 2001, the judges made it clear that only where a litigant brings repeated claims with no realistic chance of success against some individual can that litigant be declared “vexatious” and thus stopped from filing new claims. And the courts really will tolerate a lot before they consider this point has been reached. In what is perhaps New Zealand’s highest profile “vexatious litigant” case, Vince Seimer spent some eleven years bringing multiple lawsuits against an individual, other lawyers, the Solicitor-General, the Attorney-General, judges who heard and determined the cases brought by Mr Siemer or by the individual against Mr Siemer, and the Judicial Conduct Commissioner. Only then did the High Court decide enough was enough and prevented him bring further such claims.

Compared to this, Mr Craig is small beer. He certainly is not shy about threatening court action – remember when he threatened to sue The Civilian (without actually doing so)? However, he’s actually only brought three defamation actions against people for the alleged “dirty politics smears” against him.

He has sued a former Conservative Party board member, John Stringer, the blogger fellow, and now Ms MacGregor. He has in turn been sued for defamation by Jordan Williams and Mr Stringer, as well as by the blogger fellow in a cross claim at the recent trial.

Three defamation cases against three different people is nowhere near the threshold needed to get an order stopping Mr Craig from bringing further actions. Nowhere near at all.

Of course, Mr Craig’s litigation history in regards the issue reveals, in my personal opinion, that he has more money than sense. Or, rather, that his ready access to money allows him to engage in court action that a poorer or more sensible person would not.

But perhaps unfortunately for Ms MacGregor, the law in its majestic equality allows the rich the freedom to come before the courts to plead their cases and seek vindication of their rights. Even when that case and the claimed rights to be vindicated involve so very, very much yuk.

Josh Drummond: The time Colin Craig threatened to sue me, and why I’m not thrilled by his defeat

Hayden Donnell: An emotional salute to the suffering heroes of the Colin Craig jury