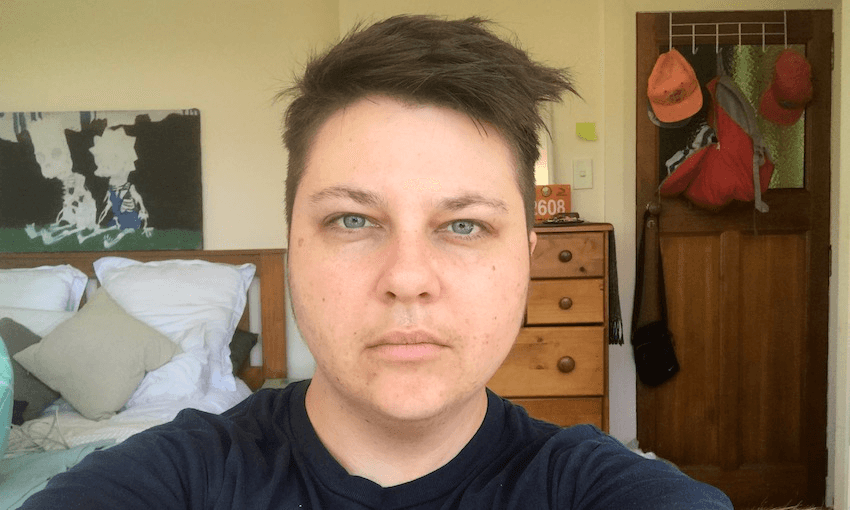 Congratulations, She’s A Boy: A man tells you what women have been saying for ages

We’re back for the fifth installment of Congratulations, She’s a Boy, following Wellington writer Felix Desmarais’ female-to-male transition. This month: the secret lives of guys.

Okay, maybe not ‘cobber’ in this century (though I think the word is due for a revival).

I ‘pass’ now. That is to say, 99.9% of the time the general population reads my appearance as that of a cisgender guy and genders me accordingly. Sir, fella, man.

I don’t really like the term ‘passing’ as I have mentioned before, since it implies a lie or a secret, but it’s less clumsy than ‘being read as a cis man’. So we’ll go with ‘pass’ for now.

Living (ostensibly) as a woman for 28-ish years, now being seen by the world as the man that I am provides me with a pretty unique insight into what it is like to experience the world as both. I think the contrast in my experiences says a lot about how we treat men and, perhaps most particularly, how we treat women. The only problem is that unless you experience it yourself, it’s really hard to pin down to others who don’t.

The cloud of bros

But I feel like the cloud of bros (not literally, I should be so lucky) I walk around in is symptomatic of the micro-friendlies I have been experiencing since starting pass. I say ‘micro-friendlies’ in contrast to the microaggressions women are often on the receiving end of. In almost direct contrast to my experience as a woman, there are now tiny little affirmations every day of my existence in the world.

Before you click away, lost cis bro-dude who’s found himself reading this on the toilet, consider that you’re so used to life as a man that you’d be completely blind to the metaphorical doors that swing open for you constantly. You’re unaware of a lot of these in the same way I have the unique position of being hyper-aware of them because I’m not used to it.

It’s not just being called bro or mate or bud all the time, though that is one of the most overt things men do to affirm one another’s existence. But it’s not really about the word ‘bro’, it’s about the friendliness, the positivity, the, well, brotherhood. Sure, men call women ‘bro’ sometimes, and sometimes women use it too, but don’t tell me men call women bro (or something similarly affectionate) with the same frequency as they do other men. Again, ‘bro’ is symbolic, but to me it balances on the tip of that iceberg of male privilege.

OWWWWWWH HE SAID IT. The big P. Even more shocking, the big M. P.

It’s so difficult to quantify that you’re just going to have to take my testimony (as I’ve no testes to swear this oath on, so you’ll have to accept my ovaries instead. My…. ovarimony? How seminal. Oh, shit).

And you know what? You shouldn’t actually need a trans guy to confirm what women have been saying for centuries. The idea that it takes a man’s words to make people believe women’s: would that be irony? After Alanis I just don’t know anymore.

The thing for me, now, is that I have to learn how to navigate this world now that I pass. How to take my male privilege and use it to empower the less privileged.

Pre-transition, I imagined myself in a men’s locker room when the age old locker room topic of grabbing pussies reared its mons pubis. I would draw up to my full height of 5’5’’, balance on my size 7 feet best I could, puff out my surgically modified chest, red blood cells rushing to my testosterone enhanced musculature.

“No,” I would say in a booming voice that would make Patrick Stewart sound prepubescent. “No, we do not grab pussies. We do not speak of grabbing pussies, except to ask consent to grab a pussy, ideally when the owner of the pussy has raised the subject themselves. THERE SHALL BE NO PUSSY GRABBING ON MY WATCH!”

That’s how it was going to go. I wasn’t so prepared for the grey areas.

The other day, a guy at work was behaving a little oddly.

“Sorry bro – I’m out of it. My girlfriend cheated on me.”

He’s my colleague who I don’t know well, so this was a little unusual. But I get it, we’re all human and your partner cheating on you is a pretty crappy experience.

In one split second, I think all of these things at once:

He didn’t respond. He was on his phone. I’m not even sure he was listening.

By the way, this is what my chest looks like now. Three months post op on the 7th of Feb, and on the 26th of January I passed seven months on testosterone. There’s a voice update on my Instagram. #Influencer.

*Obviously my experiences, as either a man or a woman, are not universal, and of course I’m conscious of the fact that in both cases I have been a white middle class person.

Read the previous entries in Congratulations, She’s A Boy here.

Throw Me the Ball: On Common Microaggressions Toward Women by Olivia Arredondo, 2017

You Kind of Have To Prove It: Gender Microaggressions within the Lived Experiences of Women in Engineering by Crystal Diaz-Espinoza, 2015