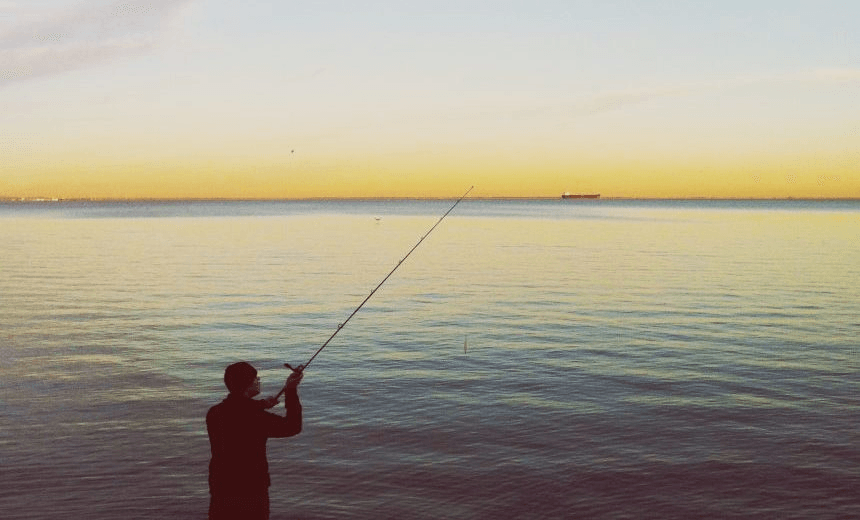 NZ is running out of fish. We can see it, and our leaders need to see it, too

Systematic overfishing and dumping has left numbers dwindling, and recreational fishers are demanding an urgent response from politicians, writes Scott Macindoe of LegaSea.

The world is running out of fish faster than we thought.

Since the late 1990s the consensus has been that fish numbers around the world are declining. Massive industrial-scale fishing activity is depleting our oceans faster than nature can replenish them, and with high powered fishing methods destroying the benthic environment (that is, the sea floor) some species are unlikely to recover any time soon. Their breeding grounds are gone and with it any hope of future come back.

Since 2003, 32% of fish stocks worldwide have collapsed completely. A further 39% are described as over-fished by the Sea Around Us Project. The remaining 29% are listed as being at the limit of sustainable fishing. No species is listed as being sustainably fished.

But New Zealand is different, right? Here we have a “world-leading” Quota Management System (QMS) that ensures we will never go down this path. Not quite. While it might be the envy of the world and highly regarded for being so good in some quarters, closer to home there is another truth.

The way it works in Aotearoa is pretty straightforward, despite the jargon. The minister in charge of fisheries (which falls under the Ministry for Primary Industries’ portfolio) sets a catch limit for each species in the quota management system. After enough fish have been set aside for public fishing the Total Allowable Commercial Catch (TACC) is set. Quota shares in the TACC can be bought and sold and each year quota generates Annual Catch Entitlement (ACE) which is used by those who are going to actually catch the fish and away we go.

It was common practice a few years ago for fishing companies to give inshore skippers a shopping list of the quantities of each species they wanted caught that week. Snapper were easy to catch, but don’t bring in more than X per trip otherwise they would run out of ACE for snapper.

Oddly enough, that’s not how it works. Fish are a haphazard species that muck about all over the place, hang out with other species, and aren’t generally found in pens or paddocks or similar zones based on a farmer’s decision making. Fish aren’t typically a farmed species – they’re hunted and the way we catch them is with bloody big nets that scoop up everything and dump it all on the deck of a ship to be sorted by the crew.

If they come across something unusual – say a protected species or a dolphin – they’re required to report it, but as we’ve seen, some operators realise there will be a backlash and just chuck back unwanted catch and hope nobody notices.

Fishing crews work long hours, mostly over the horizon and what they catch is self-reported on paper forms which get sent off to Wellington once a month.  How would anyone know what was caught and discarded?

Wastage was a major issue during 2013 when the snapper stock on the northeast coast was reviewed for the first time in 16 years. With the public facing potential cuts in their daily bag limit they were understandably asking commercial fishers about wasteful practices. The fishery was not rebuilding despite earlier bag limit reductions. People expected fisheries managers to address the unnecessary wastage caused by bulk harvesting methods.

The minister, Nathan Guy, decided that as of March 2014 commercial fishers would report how much undersized, juvenile snapper, SNX, was discarded from commercial vessels.

After a year of recording, the results were finally announced on August 28 2015, coincidentally at exactly the same time as an industry-led advertising campaign kicked off with this video showing how responsible they are when catching fish.

Yes, something had changed and the data proved it. While SNX capture rates of 20-30% were standard in the 1990s, somehow commercial fishers in the Hauraki Gulf had managed to reduce that to 4% in 2014. Score one for the good guys, now stop talking about fish wastage.

Eventually the data itself was released and the results are interesting. It seems there was a general reluctance by all industrial fishers to report much undersize snapper catch. While MPI had started to send ministry observers on some trawlers, and some trials of new camera systems were under way, 90% of skippers were self-reporting their discards of undersized fish. Often this would be the same amount every day regardless of the size of catch.

Since then several reports have been leaked to the public about the ongoing systematic overfishing and dumping in our waters. We can’t prosecute, said the officials, because we have legal advice saying so. When asked to produce the legal advice, however, they had to backtrack and admit there was none. Even when Dave Turner, the man in charge of fisheries management was quoted saying “if we found the golden bullet to stop discarding, we would probably put over half of the inshore fleet out of business overnight,” nothing changed.

Currently the minister is happy with the way our fisheries are managed and doesn’t see any need for wholesale change. The current programme of review (the Future of our Fisheries, aptly abbreviated to FOOF) is about refining the current model, not reviewing the entire fisheries management system.

So what’s going on in the water? Let’s take a look at a single species.

Crayfish are popular among recreational and commercial fishers alike. They sell for up to $100 a kilo in China so they’re in hot demand. They’re succulent, impressive looking creatures that have been on the menu for decades.

Functionally extinct. Get them while you can because that’s pretty much it for the New Zealand crayfish in the Hauraki Gulf.

We asked our supporters what they thought. Could they give us some information on how they see the crayfish numbers in and around the northeast coast.

Around 800 fishers and divers responded, and the feedback was shocking.

More than 40% said the fishery was “decimated”. Three quarters of respondents scored the size and availability of crayfish as 1 or 2 out of 7. Only 2.2% said it was “better than average”.

Eighty three percent support or strongly support additional management measures for all fishers. This could be a seasonal closure to all harvesting to help the crayfish recover. Sixty two percent supported a total closure of the fishery for a fixed time, so bad was the situation.

The minister’s response? Work is under way but he won’t make any changes until April next year at the earliest. This despite commercial fishers deciding to voluntarily under catch their quota by 25% during the past two years.

Recreational fishers take these issues very seriously. We see the changes in the environment over time, from when we first went fishing as little nippers until today. We have seen the decline in the number of big catches, and in the number of fish in the sea. We’ve seen good fishing spots go bad and fish numbers dwindling year after year, yet the Quota Management System appears oblivious to the problem.

Catch limits are set so high for many species they’re no impediment to commercial fishers who can catch as many as they can. We’ve seen the end of freely available gurnard, trevally, john dory and hapuku and apparently we’re saying goodbye to the crayfish in the north as well. What happens after that?

LegaSea has called for a Royal Commission of Inquiry into the way our fisheries are managed and we have support. New Zealand First, United Future (we miss you already, Peter) and the Māori Party have all agreed that an inquiry is needed and we will be putting pressure on the remaining parties to join us before it’s too late.

If we could say only one thing to the minister it’s this: the time has come to act. You could have done so before, but you must do so now before it is too late. And if you won’t, we’ll find a minister who will.