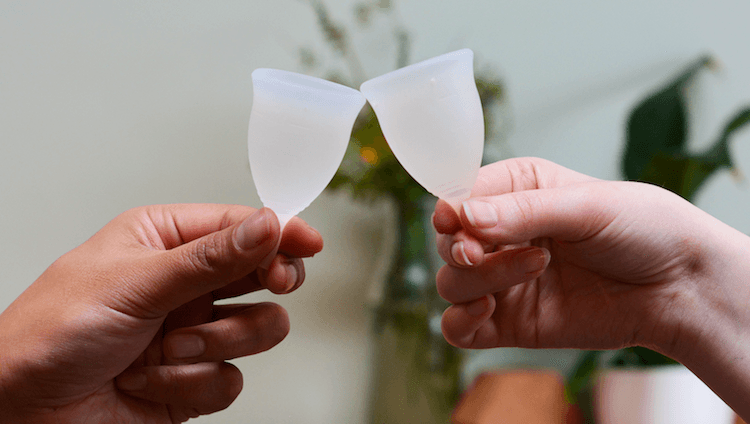 Was 2019 the best-ever year for periods?

From ads showing actual *gasp* blood to the mainstreaming of sustainable period products and commitments to addressing period inequity, it was a big 12 months for menstruation.

When I first got my period at 13, I was petrified. I was scared to tell anyone and used a wad of toilet paper until I mustered the courage to tell my mum. The idea of getting my period seemed so shameful that I was scared to admit it.

Years later, in 2016, the issue of period inequity emerged, with news stories reporting how many school students were missing out on education because they had no access to menstrual products. It felt unfair that young people were not only experiencing internalised shame because of their periods as I had, but many were also being disadvantaged because of the financial inaccessibility of menstrual products.

Later that year, Jacinta Gulesekharam and I founded Dignity, with an aim to champion period equity. Over the past three years Dignity has donated 327,599 menstrual products, including compostable tampons, pads, menstrual cups and period underwear, to 105 schools and community groups across the country.

What we have found is that Dignity is not enough. It is an effective starting intervention that reduces the immediate effects of period inequity, but the issue is complex and tied into factors related to stigma, mental health and systemic inequality. To truly tackle the challenges of period inequity, a variety of cross-sector solutions are required.

Luckily, other organisations, academics and politicians with a similar kaupapa have been working hard in this space too, and this year the collective work has seen some bloody awesome movements happen to make periods a better experience for everybody.

The state of period inequity

This year, the annual Youth19 NZ research showed that of the 7700 young people with periods they surveyed, 13% said they found it difficult to get menstrual products. The number was closer to 20% for Māori and Pacific people. The data also showed that one in 10 students with periods missed school because of it.

University of Otago researcher Sarah Donovan also found that nearly 50% of New Zealand females were getting their periods before high school, supporting KidsCan’s findings that people as young as eight have experienced period inequity. Donovan also found that some students were known to go without sanitary items because they were too embarrassed to ask for them.

Earlier this year a political advocacy group, Positive Periods, was formed with the mission to urge the government to make period products accessible to all students.

The group, consisting of 21 organisations led by a campaign team, focused this year on petitioning the government to provide free menstrual products to school students as well as improving menstruation education. The group estimated this would cost around $12 million, something they believe is achievable and valuable for the New Zealand government to provide.

In November this year, the campaign team from Positive Periods presented their petition to the government with 3105 signatures. Jacinta Gulesekharam, my Dignity co-founder who also led the campaign, stated:

“We are a country of 4.8 million people and we can get this right. Scotland, UK and Wales have enacted policies to provide period products to students and we believe New Zealand should do the same. What does a positive experience look like? It means access to products when you need them. It’s having an informed choice about products. And it’s about having a range of products that suit your body and beliefs with the planet in mind.”

While there is no certainty yet on what the government will do, both the minister for women Julie Anne Genter and prime minister Jacinda Ardern have stated that action will be taken before the budget is announced next year. Ardern has stated it is a “personal priority for her”.

Fingers are crossed for meaningful initiatives, but we’ll have to wait and see what happens.

This year periods were openly acknowledged in the mainstream media here and abroad. For the first time, a film about periods won an academy award. Period. End of Sentence, a short documentary about Indian women “leading a quiet sexual revolution”, took out the 2019 Oscar for Best Documentary short. The documentary followed a group of local women in Hapur who learn to operate a machine that makes low-cost, biodegradable pads that they sell to other women at affordable prices.

We also saw the first advertisement that showed blood instead of the typical blue liquid used in period promotional materials thanks to Libra’s “Blood Normal” campaign, which aimed to break down the stigma of periods. The ads featured the message “Why is it considered unacceptable to show period blood? Periods are normal. Showing them should be too.” Libra developed the ad based on the findings that in Australia, three out of four women feel there is stigma attached to periods.

Environmentally friendly menstrual products are on the rise all over the world as people are looking to reduce their waste, minimise their carbon footprint and save costs (Euromonitor, 2018)

In New Zealand, several successful female-led organisations such as Organic Initiative, Wā, The Hello Cup, My Cup, Aku and AWWA have been working to provide alternative items such as menstrual cups, reusable pads, compostable products and reusable underwear that are good for people and the planet. These items can divert huge quantities of plastic from landfill.

It’s only the beginning

Despite the great work that has gone on this year, it’s only the beginning.

We will have to wait to see if the government does enough to fulfil its promise to meet the required need for period products and menstrual education, and what’s more, students aren’t the only group facing challenges related to period inequity. Others, particularly those who are exposed to higher levels of vulnerability, face their own unique challenges, such as those experiencing homelessness. Intersectional factors related to culture and gender need to continue to be included and raised in the conversation to ensure future period solutions are inclusive and culturally competent.

Overall, this year has been a great step forward, and when I think back to my 13-year-old self I’m sure I would be so relieved that such amazing mahi is happening to make periods an easy and normal experience.

Will next year top it?