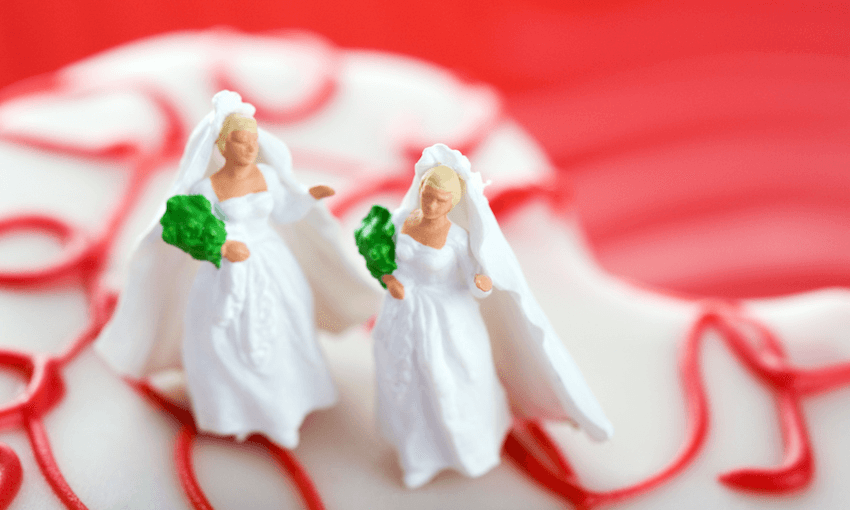 Hey Christians, Jesus would have baked the cake

A Warkworth baker who spurned a lesbian couple’s wedding cake request has highlighted the simmering tension in some parts of society between gay rights and religious freedom. But for Aaron Hendry, the question is simple.

After going all the way to the US Supreme Court, it was only a matter of time before the Cake Wars visited our shores. The controversy at the base of all these disputes is whether a business can refuse someone service for reasons of religious belief. That’s still an open question, but as to where Jesus would stand on the issue? There’s no doubt in my mind.

Jesus would bake the cake.

Jesus was an activist (still is, some might add). Wherever he went he caused trouble. Jesus refused to participate in systems designed to dehumanize or discriminate against minority groups. Everything Jesus did was a form of resistance.

In fact, he went out of his way to show that all were included in the whanau of God. It didn’t matter someone’s gender identity, sexual orientation or ethnicity.

When Jesus walked the earth, he lived in a time where minority groups were brutally oppressed. Human rights weren’t a thing, or at least not in the way they are now. The powerful ruled the weak. It was the way of the world.

But, Jesus resisted this way of doing things.

When patriarchal systems told women that they were less than men. Jesus treated them as equals. When systems of racial segregation and oppression sought to dehumanize and divide, Jesus reached across the lines and said “this is my sister, this is my brother!” Whenever, and wherever the powerful sought to oppress the weak and the vulnerable, Jesus was there, standing up for their rights. Fighting for their freedom.

I said before that I believed that Jesus would bake the cake. There is no doubt in my mind that is true, however, I think he would do so much more than that. Jesus would be the Queerest advocate and activist you ever met. He would be leading the way in LGBTQ rights, and he would be doing it with pride.

How can I say that? Because even a casual glance at this man’s life shows you that he was committed to the belief that all life was created equal.

All the theological mumbo jumbo came second for him. When he was asked what the most important teaching there was, he responded, “Love. Love God, and in doing so love others.”

That’s it. And it wasn’t just an idea to him. Jesus was so committed to liberation and freedom of the oppressed, that they killed him for it.

And so when a Christian says “no” to something as simple as baking a cake, they are committing to a course of action which Jesus himself would oppose. Because it is about so much more than the cake.

Saying no to the cake is to participate in a system of dehumanization, exclusion and oppression which has affected the LGBTQ community for too long. It sends a message that is counter to the message Jesus taught, lived and died for.

The Christian church has made a lot of mistakes over its history. And this cake fiasco will be remembered as another one. Sadly, the church often does not seem to represent the Jesus we love.

If you are from the Rainbow community, and reading or listening to some of the discussion around this incident has made you feel excluded or unwelcome. I want you to know, Jesus is on your side.

Jesus’ love for you doesn’t come with conditions, or a 12-rules-to-obey-before-you-die tag. Jesus accepts you as you are. Jesus stands up for your rights.

You may have experienced the worst of humanity’s hatred and discrimination in your life. But, know this. You are loved. You are precious. You are accepted. Regardless of your gender or sexual orientation, Jesus welcomes you into his whanau.

Come to the table, cos Jesus is baking the cake!

Aaron Hendry is a youth development worker in Auckland. He writes about the intersection of theology and social justice at whenlambsaresilent.wordpress.com.