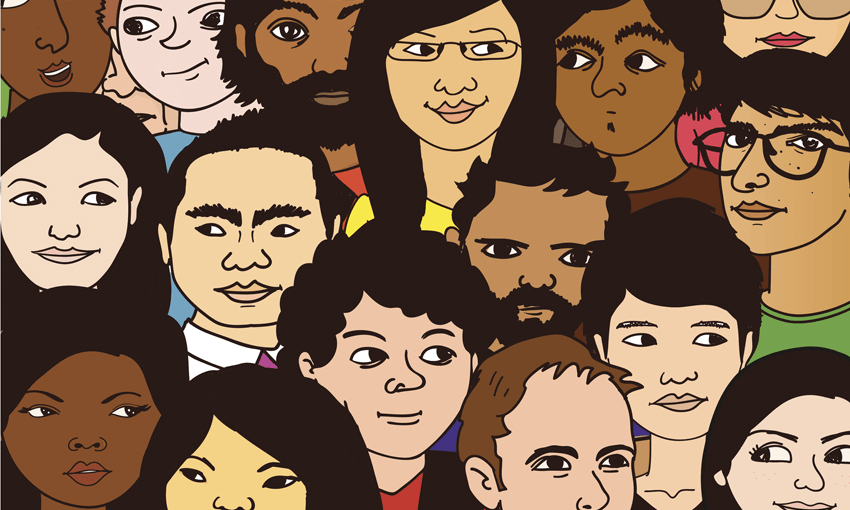 Here’s why we shouldn’t all be treated equally

Equality and fairness for all is the end goal, but PledgeMe founder Anna Guenther says first we have to make a proactive effort to level the playing field.

You know what? If it’s an -ist, I’m probably it. Sexist, racist, ablest (I know, that’s -est not -ist). Not consciously, because those are fucking horrible things to be, but I’ve learned them from growing up in our society; I’ve inadvertently absorbed sexism, racism, ableism. I’m still biased. The difference is that these days, I know it.

I done things that are bad without even realising it, like only appointing men to my first formal board of directors, or hosting an event without an accessibility plan. I’m consciously trying to unlearn the problematic things that make me… me, and learn more ways to be inclusive. One of the things I’m trying to unlearn is this idea that everyone should be treated equally.

I know, you’re probably thinking, “What’s this sexist lady talking about? Isn’t equality what we’re supposed to be fighting for?” Yep, that’s the end goal: that if we treat people the same they’ll have the same chances, and the same outcomes. But we’re not there yet. If everything else in society isn’t equal, treating people equally probably won’t be enough.

As one of my friends explained, it’s like culture making you start 50-metres behind in a race but calling it fair. It’s not fair. Society made you start 50 metres behind and race twice as hard to try and win – which is why I get frustrated with the comments I’ve seen lately questioning why there isn’t an International Men’s Day.

First up, pretty much every day is International Men’s Day. You just have to look at those “self-made” billionaires list (97.3% are men) or nearly any business award dinner. The expectation that since one marginalised group is being celebrated, the privileged group should also be given a celebration day or a “Ministry of X” is ridiculous.

For example, creating an accessibility plan at an event isn’t treating everyone equally. It’s acknowledging the needs of a specific group of attendees. By implementing the plan, it’s making the event more inclusive. An elevator or ramp doesn’t just support the access needs of people with disabilities, but also older people, parents with prams, caterers with food carts and musicians with sound equipment.

Having childcare at an event also doesn’t mean everyone attending has kids, but by making it easier for those with kids to attend, you’re making the event better. By providing specific interventions to provide support and acknowledgement for a group that’s under-represented, you’re making the event more accessible, diverse and inclusive. This concept is called Universal Design and is key to discussions around equity and access.

Expecting equal treatment for everyone is a super-privileged perspective. Expecting days celebrating the majority in response to Black History Month in the USA or International Women’s Day disregards the experiences of the marginalised, and it isn’t going to make the world more equitable. As one smart 14-year-old said in this poem, “You can have it hard and be white, but you’re never going to have it hard because you are white.”

Recently I was sent a link to an event in Wellington. Out of 12 speakers, only one was a woman and one was a person of colour. Sadly, this is an all-too-common occurrence – but it shouldn’t be. When you know approximately 50% of New Zealanders identify as female, over 26% as non-European, and 24% as disabled, we should have way better representation than this.

What I would tell those organisers is that issuing invites “equally” and expecting that to get you a representative panel will never work. You need to try harder to reach groups that have traditionally been excluded. By tailoring your treatment, and working hard, you’ll get a better outcome both for the speakers and the attendees. You should think about paying speakers, offering childcare, offering speaker training, and shoulder-tapping event organisers who have done this well in the past. Make a public stand on why this is important.

Events like International Women’s Day give us a chance to celebrate the women in New Zealand who are doing great things. But still, we have to do better. One of my friends pointed out how little disability representation there is in International Women’s Day, despite women and girls with disabilities facing a higher rate of physical and sexual abuse than women without disabilities.

They say it’s going to take 80 years to achieve gender equality in Aotearoa. I don’t think that’s good enough. I believe celebrations like International Women’s Day is one of many solutions needed to speed up change. We need to acknowledge the needs of people who are underrepresented while working out ways to support them, so we can reach true equality as fast as we can.