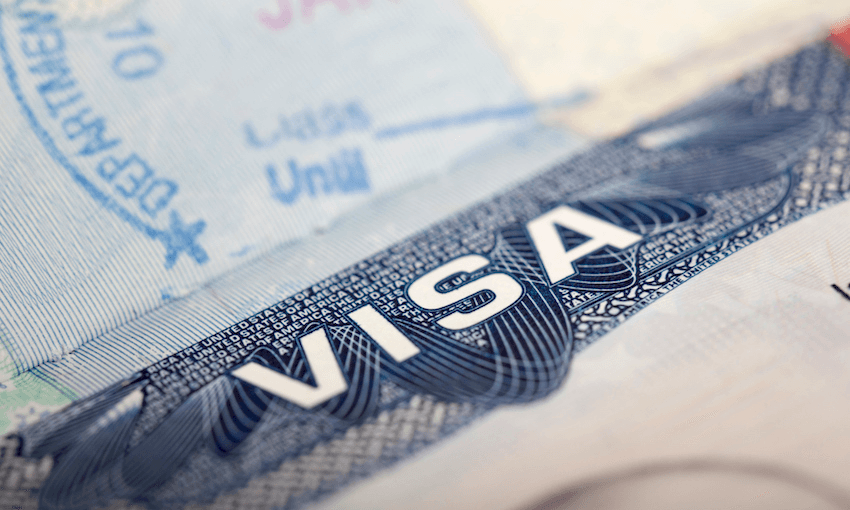 International students caught out by the closure of the New Zealand National College have had their lives here put on hold, and may be unable ever to return. Don Rowe reports.

The closure of the failing New Zealand National College in Auckland has left at least two international students stranded in their home countries after their student visas were cancelled by Immigration New Zealand.

“I’m devastated,” said Cecilia Torres Caldera. “I’m stuck in Mexico with only a few pairs of jeans and shirts. Everything is in New Zealand.”

Caldera, a business student with a university degree and job prospects in New Zealand, was visiting her family in early January when the school was shut down.

Intending only to stay for a wedding before returning to New Zealand, she had left behind everything – including a bedroom full of furniture and a longterm boyfriend.

“I received an email saying the school had been closed and there was a very important meeting for students in mid-January,” she said. “I wasn’t too worried because I thought that NZQA was going to transfer us to a new school. I heard that was what they used to do.”

The day of the meeting Caldera received an email saying her student visa was no longer valid and that she should not attempt to travel to New Zealand. But after a conversation with immigration, Caldera believed she would be allowed to enter the country on a visitor visa as she had a return ticket.

“On the day of my flight I thought everything was OK. Then they stopped me at the airport, and rang a woman at immigration in New Zealand. I told her that I had only left the country for a couple of days and when I left New Zealand my visa was eligible. I explained that the only thing that I wanted to do was go back as a tourist and sort my situation. She said ‘you can’t come back because you have intentions to study in New Zealand.’ I was like, ‘Dude, of course I have intention to study, I was studying there,’ so I want to come back, find a new school and sort out my stuff.”

Caldera was denied entry to New Zealand and told to apply for a visitor visa. That application was denied, too, based on Immigration NZ’s view that she did not intend to visit New Zealand “with lawful intentions”. Immigration New Zealand had “concerns about [her] genuine purpose” in visiting New Zealand. Caldera could find a school online, INZ said, and she should arrange for someone to courier her possessions halfway across the world to Mexico.

When the Spinoff sought comment on Caldera’s situation, Immigration NZ responded in an email: “records show that as at 1 March no visitor visa applications have been declined.”

Documents seen by the Spinoff show Caldera’s visa was declined on 2 March, however – a full week before The Spinoff contacted INZ. The Spinoff has sought clarification on whether there were any declined visitor visas since 1 March, and we will update with any response.

INZ Area Manager Marcelle Foley confirmed that one of the students who were in New Zealand at the time of the school’s closure have been asked to leave the country. Of the 310 ex-NZNC students who applied for a further visa, 200 were approved, three declined and one withdrawn, she said.

Caldera believes she has been unfairly punished. “It sucks. They’re treating me like a criminal,” she said. “I didn’t break the law and it was the government who let this school operate in the first place. All my stuff is in New Zealand, my friends are there, my boyfriend is there. Now I’ve wasted six months because I won’t get any qualifications, and I’m not even allowed to come back as a visitor.”

“My visa was cancelled when the school closed and I can’t come back to New Zealand,” she said. “I applied for a visitor visa and Immigration gave me 20 days to send my passport to officials in Bangkok, but I was in Hong Kong so I couldn’t. None of my school fees have been refunded.”

Mahanil, owed $8000 by the NZNC, is in the process of reapplying in order to return to New Zealand and claim a refund but, as reported by Stuff and the Herald, that refund process has proved convoluted, even for students who remain in New Zealand.

Fees paid to private training establishments by international students are held in a trust account and declared to Immigration New Zealand. To receive a refund in the event of a school’s closure, students must provide receipts of any fees paid. However NZQA said those presented thus far by students of the NZNC were inconsistent with the amounts they had paid.

For students who secured placement on the course through an agent, it is unclear how much commission agents skimmed, and thus how much students are entitled to receive from the trust controlled by the NZNC.

In what they say is common practice in the export education sector, the NZNC operated a “price differentiation policy”, meaning students were charged differing amounts depending, according to the NZNC, on “what they were willing to pay at the time”.

Caldera, who is still owed almost $5,000 by the NZNC, believes it is unfair students with significant connections in New Zealand are being punished for something out of their control.

“I understand that New Zealand has an immigration policy and wants to protect its country, but there should be some empathy with the people affected by this situation because it is just not our fault.”

Disclosure: the author was formerly a flatmate of Cecilia Torres Caldera