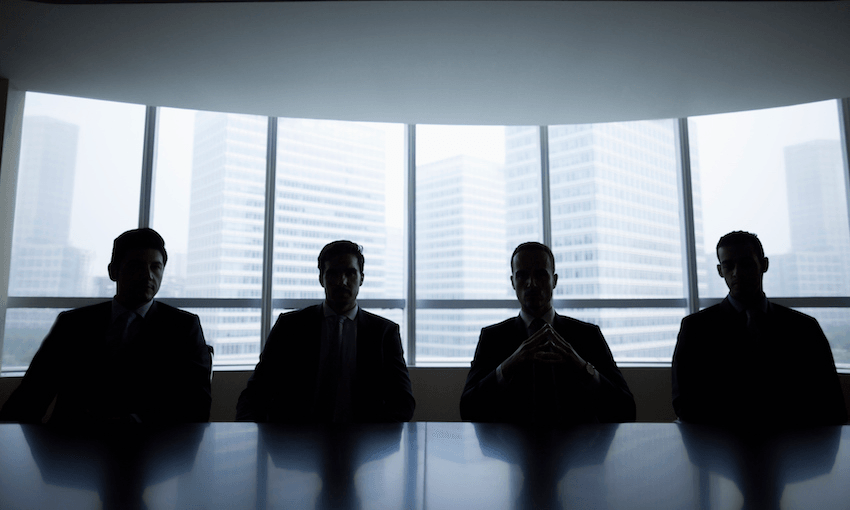 Male lawyers need to speak up about sexual harassment

The legal profession has done a lot of soul searching since the revelations about widespread sexual harassment at the law firm Russell McVeagh. But, asks commercial litigation lawyer Ana Lenard, why have we heard from so few men?

It has been nearly a month since Newsroom exposed sexually inappropriate behaviour by senior male lawyers at Russell McVeagh. Since then, several women — Kate Davenport QC, Catriona MacLennan, Steph Dyhrberg, Linda Clark, and Olivia Wensley, for example — have spoken out about the need for radical change. Women have started various initiatives to give each other platforms to speak about their experiences, such as Elizabeth Hall’s law firm sexual harassment survey and Zoë Lawton’s #metoo blog.

The New Zealand Law Society has established a working group to deal with the issue and has floated a plan of action including a portal and helpline for reporting concerns; a free seminar on harassment and bullying; facilitating meetings of key interest groups; a national survey of all lawyers; more events dealing with bullying and harassment; and the development and maintenance of centralised resources. Justice Minister Andrew Little has warned that he might instigate a ministerial inquiry of harassment in the legal profession if the Law Society does not do a good enough job by itself.

Law Society president Kathryn Beck has come under what many would say is fair criticism for not having a radical enough response to the problem. But Beck is an example, alongside Russell McVeagh partner Pip Greenwood, of yet another woman left to clean up a mess created by men. No doubt Beck will continue to come under fire in the coming months, which is to be expected in her role as Law Society president, but one cannot help but appreciate the bitter irony of her situation. When will the men in the profession finally clean up after themselves?

The above examples show how the public voices on this issue have overwhelmingly been those of women. That is not to say that men have said absolutely nothing (there are the Justice Minister’s comments, and Hamish Kynaston’s participation as one of the presenters on the Law Society’s seminar on harassment, among few others), but the public response from men in the profession has almost entirely been one of deafening silence. Some might argue that women must lead the charge on this issue. But durable and lasting change will only happen quickly if we work together.

And, more fundamentally, women are not the problem.

Men’s subjugation of women is a men’s issue. Aside from being a matter of dignity, autonomy, and basic human rights, it goes to the core of the values we hold dear as lawyers: fairness, equality and justice. For the realists (or cynics) among us, it also goes to our pockets. More women in the workplace and in leadership makes for better workplaces and business outcomes.

Undoubtedly, much of the silence is a result of men not wanting to make a misstep, re-victimise the women involved, or expose themselves. This is a moment of catharsis and raw emotion for many women, of ‘thank god we’re finally talking about this’, of ‘maybe people will finally believe me’, of ‘I finally accept that it’s not my fault’. It is understandable that men might feel they have nothing meaningful to say about experiences they might not understand.

But in reality, no one expects you to be perfect. You do not have to say all the right things. But it is time for you to say something. If you are afraid of backlash, I don’t believe you, because your legal education taught you not to shy away from difficult debates and tough problems.

So how can your voices make a difference? First, support your colleagues. Be curious, ask about their experiences, listen; do not retreat when things get awkward or uncomfortable. It is hard to understand a great many things: why would a woman complain, why wouldn’t she complain, why would a woman complain anonymously, why isn’t she brave enough to complain openly? You cannot know what it is to experience life as a woman. And you do not have to understand – but you should nevertheless accept the validity of women’s experiences. You should also reflect on your past behaviour, make a commitment to contributing to an inclusive and safe workplace, and call out inappropriate behaviour. Learning and change are often difficult, but are always worthwhile.

Next, speak out publicly. I hope to see more columns by men about this issue – expressing support for victims and women’s experiences; communicating a willingness to listen and learn; reflecting on past behaviour; putting forward practical suggestions for what men should be thinking about and doing to make a difference; and collaborating with women on initiatives for change.

The best ideas will come from pooling our collective resources. Change can be painful and riddled with conflict or it can be effective and durable. The critical difference between the two is whether people seek to listen, to better understand each other, and to work together to nut out possible solutions.

Four weeks of the silent treatment is enough. Wake up, speak up, and let’s work out how to fix this thing together.

Ana Lenard is a commercial litigation lawyer in Auckland. She is one of the founding editors of the New Zealand Women’s Law Journal — Te Aho Kawe Kaupapa Ture a ngā Wāhine.