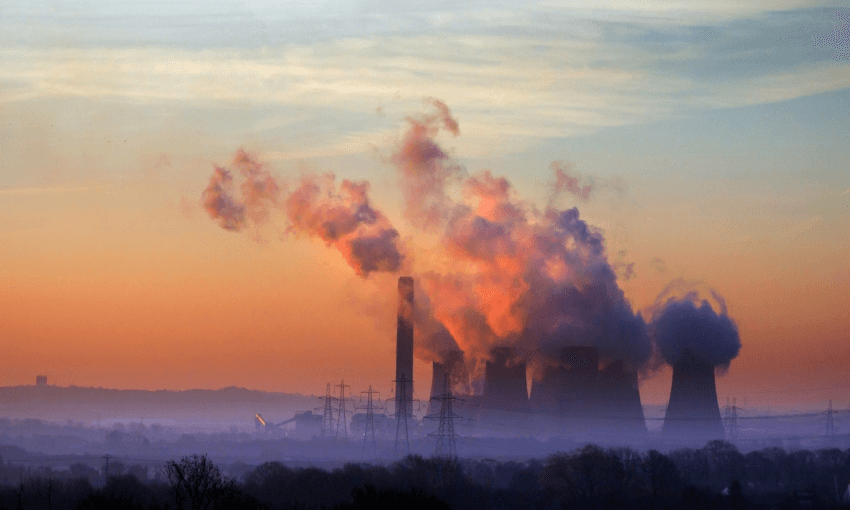 Eating vegan, buying less plastic and cycling are all useful things you can do for the environment, but not everyone can manage that. Generation Zero’s Alexandra McNeill has something that everyone can do, right now.

Biking to work makes me angry.

I’m constantly aware of car drivers, especially when they’re in my lane, or cutting in front of me to turn left. Or stopped over a cycle crossing even though the light was orange for a solid five seconds and I saw them consciously make that decision to keep driving. I repeat calming mantras to myself, but it doesn’t work. The very act of having to be hyper-vigilant means that I’m on the offensive. It’s even worse if it’s cold or rainy. Look at all these people, safe and dry and warm in their SUVs! They’re not making sacrifices like I am, I think to myself.

See, biking to work in the rain isn’t the only sacrifice I’ve made to try and prevent climate change: I’ve given up meat and dairy because cows burp methane and put excess nitrogen into waterways, I only buy local, in-season fruit and vegetables, and I don’t own a car. I bike or bus everywhere, including to Bin Inn where I buy my plastic-free pasta, laundry detergent, and locally-grown canola oil. I only buy cardboard-wrapped solid shampoos, body wash, and deodorant, and I recently found out that rice is a pretty bad crop in terms of its carbon footprint, so maybe I’ll switch to eating quinoa grown in the South Island.

But let’s be honest. All these changes and sacrifices aren’t making a difference.

Instead, taking just a little time to make a submission on the government’s first draft of the Zero Carbon Bill before July 16 could be the most important, meaningful, and easy sacrifice of all. And that’s because individuals like me can’t end climate change alone. We’ll fail as a country (and a planet) to make any headway against climate change unless backed by government and corporations. That’s why the Zero Carbon Bill is such a big deal: it outlines the government’s immediate and long-term plans for making Aotearoa carbon-neutral. We’ve all been invited to have our say, and we all need to, because the bill in its current state does a disservice to our future.

Generation Zero, a nation-wide youth-led organisation that advocates for solution-led climate change action, has written a summary of things that haven’t been properly covered in the current draft that really should be. For example, there’s currently no legal requirement for any of the proposals in the bill, which means there’ll be no legal repercussions if targets aren’t met. Te Tiriti o Waitangi isn’t properly incorporated. There’s no mandate to make sure that the people who live day-to-day and have no time to think about a climate catastrophe are accounted for; that any changes we make as a nation will support the less-privileged and those too young to vote. Finally, the bill in its current state does not do enough to limit warming to 1.5ºC, as recommended by the Intergovernmental Panel on Climate Change (IPCC).

Quite simply, it needs drastic improvement.

Now is the time to improve the Zero Carbon Bill before it comes into law as yet another watered-down piece of wishy-washy climate change legislation. Now is the time where we can make a real difference, without having to chow down on quinoa or shun yoghurt. Click here to write a submission on the draft bill. Tell the government that it’s their responsibility – no matter who’s sitting in their seats after the next election, or the one after that – to make Aotearoa reduce our carbon emissions, adapt to the changes that are inevitable, and protect the underprivileged while doing so. Follow Generation Zero’s easy guidelines if you want some suggestions on what to write.

We can’t put an end to climate change through individual responsibility alone. My personal sacrifices can’t be scaled up in their current state. Imagine Bin Inn, packed to the brim with all the late-night shoppers from Pak’nSave! Imagine all those car users crammed into the same number of buses that currently exist on our roads! And imagine the people who can barely afford to buy a small bag of rice only having the option of buying quinoa, at five times the price. I’ll continue making personal sacrifices, because I can, but I’m also going to tell the Government that their Zero Carbon Bill needs some serious work, because our future depends on it.

I’m sick of being angry at the wrong people. Let’s turn that anger to those who have the power to do something, right now.