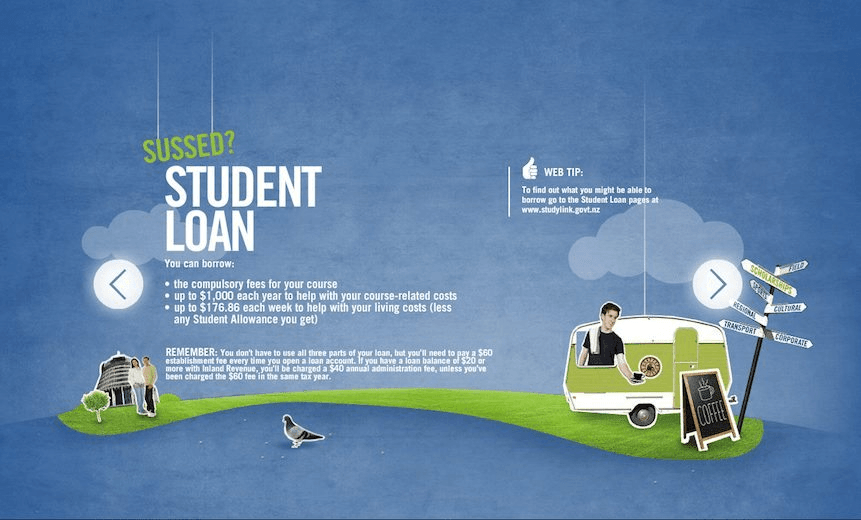 A page from the Studylink’s ‘Sussed’ living costs calculator tool

‘The idea of living costs is that you’re supposed to live off it.’ An argument for letting students borrow more

A page from the Studylink’s ‘Sussed’ living costs calculator tool

The problem with the living costs loan isn’t just that it’s too low, says university student Jack Close. It’s how it unfairly advantages those who need the help least.

It’s been nearly three years since I awkwardly navigated the StudyLink website for the first time. Moving to Dunedin from my middle-class home in Wellington, I was eligible for nothing except the mysterious “living costs” loan. I thought it was pretty impressive that StudyLink could give me money each week; they even adjusted those living costs when inflation went up and down.

Living costs are a student loan that is available to students that want it on a week-by-week basis. Since I first applied for living costs in 2013, they’ve stayed at a maximum of $176.86 per week. The idea of living costs is that you’re supposed to live off it.

According to the Ministry of Business, Innovation and Enterprise (‘MBIE’ – aka the Ministry of Everything), you’re out of luck if you study anywhere other than Palmerston North or Canterbury. For renters studying at two of our largest universities, Auckland and Victoria, you use up all your living costs on rent alone, as fast as you can say “zoning restrictions drive up market rent”.

Assuming you’re renting with three others, the median price of a room in Mt Eden in Auckland is $193.75. For Kelburn/Aro Valley in Wellington, it’s $191. These MBIE statistics easily destroy the very idea of “living costs”. Even using your full $176.86, you’re already shorthanded. You can forget about using the loan to pay for food, utilities, insurance and leisure.

Nearly 70,000 people study full-time in universities in Auckland and Wellington, out of a total 132,502 full time students across New Zealand. That’s at least 52% of students who are either supplemented by their parents’ deep pockets, or work a part-time job.

The reality for a decent chunk of Kiwi students is that their parents’ pockets aren’t very deep at all, which means the onus is on them to find a part-time job with hours that work around their timetable.

But wait a second: according to StudyLink, you must be an “equivalent full-time student” (or EFTS) to be eligible for living costs. So if your parents have trouble finding the money to support you, the Ministry of Education says you have to work harder than everyone else to be at university.

On the other hand, students whose parents can afford to supplement them are able to focus solely on university – and likely have the better grades to show for it.

Even the number of those lucky students is diminishing, according to the Tertiary Student Income and Expenditure Survey. In 2010 about 20% of students were getting help from their parents; that’s now down to 14.85%.

The most frustrating part of this living costs dilemma is that this is money that students borrow. Like any loan, the idea is to pay it back. In this sense, there would be no harm if students were able to borrow more.

Instead, we are insisting an already vulnerable group of people should undertake more stress, in the form of low-wage labour, in addition to “equivalent full time” study. All because StudyLink continuously misinterprets the cost of living through various price indices.

Yes, we have generations of New Zealanders who got through university on a combination of summer and part-time work, and I applaud those who managed it. But if we are emphasising equality of opportunity, we have to remove the barriers that keep our worse-off groups at the bottom of the pile.

That means trusting students that want to stay competitive with more living costs.