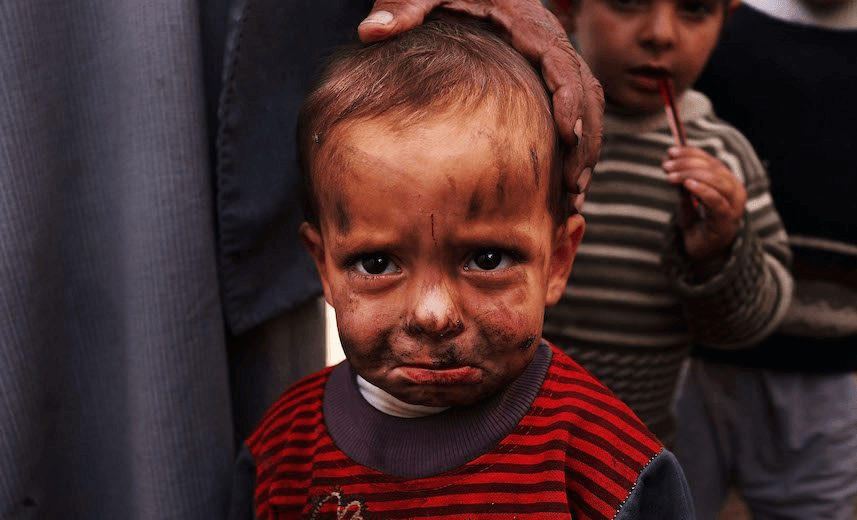 A displaced Syrian child in a makeshift refugee camp only miles from the border with Syria in the Bekaa Valley, Lebanon, November 2013. Photo: Spencer Platt/Getty Images

A displaced Syrian child in a makeshift refugee camp only miles from the border with Syria in the Bekaa Valley, Lebanon, November 2013. Photo: Spencer Platt/Getty Images

Having reached safety in New Zealand, refugees desperate to help relatives still trapped at home are being prevented from doing so by overly strict local banking regulations. Not only are the rules morally wrong – they’re exacerbating the refugee crisis itself, says Steve Liddle.

For the past nine months I’ve been working with a group supporting Somali-New Zealanders as they attempt to re-establish a low-cost channel for remittances into the Horn of Africa and South Sudan.

Despite hiring an anti-money laundering advisor, satisfying all security requirements for registering a financial service company and meeting all government and Companies Office regulations, no New Zealand bank is willing to send refugees’ money offshore.

The security requirements the banks impose on us include “getting to know your customer” vetting systems, maximum money limits, regular transaction checking and oversight. Despite this, all six banks approached refused to handle remittances, simply citing a US-instigated sanctions list or so-called “de-risking” policies.

New Zealanders concerned about corruption and their nation’s reputation welcomed last year’s Sherwan Inquiry recommendations on foreign trust disclosure rules and the amendments to the 2009 Countering Financing of Terrorism Act.

The consequent requirements, such as reporting suspicious activity and an emphasis on risk-based assessment for lawyers, accountants and the bankers, have brought greater transparency and scrutiny.

But last year’s explosion in the number of refugees fleeing their countries – it now exceeds 65 million – has revealed a downside to the tougher regulations. Refugees’ remittances are often a last life line for desperate relatives. When the line is cut, there is often nothing to take its place. The shutdown by banks of remittances to affected countries has helped stoke the unprecedented exodus.

As the de-risking trend has taken hold since 2013, banks worldwide have simply refused to allow remittance companies, registered or not, to send money via their accounts.

Despite the New Zealand Reserve Bank’s declaration two years ago that trading banks here “were not justified in blanket de-risking”, they continue to do so. Acknowledging “varying degrees of risk for banks” and the call in our legislation for “measured risk management”, the Reserve Bank made it clear that money remitters should be judged on their merits. It urged banks to do due diligence on remitters to enable money transfers to continue.

Yet it seems that New Zealand banks are unwilling to risk the steep fines imposed by anti-money laundering and terrorist financing legislation and fall back on a blanket policy of refusing to handle any remittances to countries deemed high risk.

While in the past Pacific Island remittances were subject to the highest number of blocks, the situation is now eased and for the last three years New Zealand refugees from the Sub-Sahara, Horn of Africa and the Middle East are most affected.

Under international law, refugees can declare cash of up to several hundred thousand and have it sent to clearance agents in their home countries for distribution. Such cash deliveries are regularly made from the US, UK, and Australia – and in lesser amounts from any country where Somalis or their neighbours have found refuge from the civil wars and famines that have in recent decades beset their countries.

Of course the cost of doing this is high, not available to everyone and encourages illegal transfer amounts. But the greatest challenge for remittance providers is the blanket application of de-risking policies.

By refusing to acknowledge that risks are now reduced by more stringent identification and compliance systems, both governments and banks have effectively washed their hands of further responsibility.

Neither governments nor banks seem prepared to acknowledge the unintended consequences. Of course no responsible country wants to aid the financing of terrorism. But measures designed to prevent money laundering and starve terrorists of funding have also encouraged illegal money trafficking now beyond any accounting – of either amounts or the identities of recipients.

Three months have elapsed since those of us attempting to help the Somali-New Zealanders set up a financial service provider. People can deposit their remittances with the provider, who will attempt to get the money to Somalia. But so far no money has reached the families for whom the money is so desperately needed.

The runaround from bank managers to head offices, and ultimately blanket refusal, has been repeated at least six times – despite our securing an audited Dubai clearing house guaranteeing identified recipients.

It is time for banks to handle remittances to some of the world’s poorest countries. It is neither fair nor reasonable to abandon communities who have money to send to often desperate relatives.