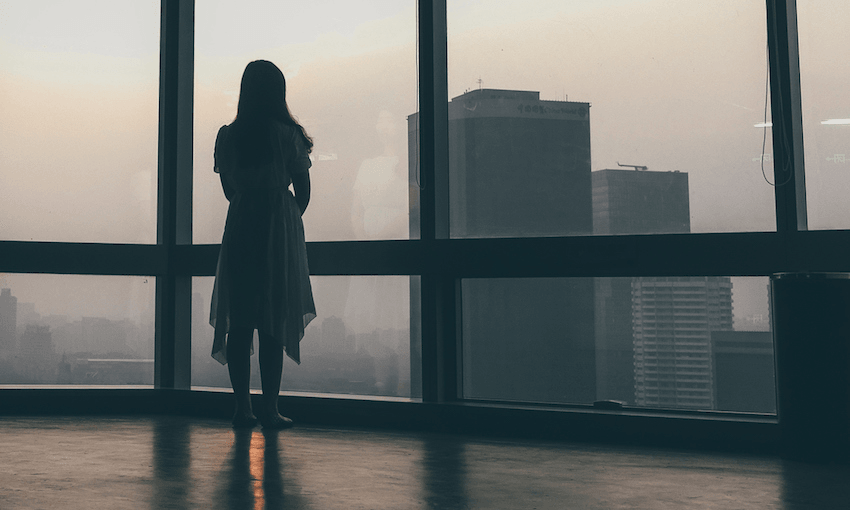 By A Lawyer
Guest writer

A young lawyer wonders if her older peers’ response to the Russell McVeagh revelations might be just a bit too convenient.

When the Russell McVeagh sexual assault allegations were published I imagine I wasn’t the only recent law graduate who felt smug. The stories of what had happened that summer were an open secret around law school and a part of me felt like this was the perfect comeuppance.

It also fit the narrative. Russell McVeagh as the big bad wolf of the commercial law sector was a folktale we knew well as law students. The firm was well known for its competitive environment and work-hard play-hard ethos. Inside the legal community, there were plenty of “well, of course” murmurs at the news. Now, as I begin my career in a large commercial firm, I can’t help but feel a little queasy about the whole thing.

It seems like everyone wants a hand on Arthur’s sword. Universities and student associations are cutting ties with Russell McVeagh; other firms are jumping at the opportunity to raise their own profile as defenders of equity (and available for business!); and the whole profession is hand on heart denouncing sexism through a series of internal reviews – who cares if the parameters are fuzzy, look at our active steps!

People are searching for a resolution; that’s a sentiment I can understand. It’s uncomfortable to feel like there’s no answer. When all it takes to solve sexism is a jab at a powerful law firm, that’s an appealing option. The harder Russell McVeagh falls, the easier for many organisations with exactly the same anomic state to present a solution.

To be clear, I am not advocating for gentler consequences for Russell McVeagh. It’s just that Russell McVeagh is not the only law organisation where this kind of thing has happened, or is happening.

Open secrets run rife throughout law schools and the legal profession. A lecturer who cherry picks women for his research assistant positions, then accompanies them to clothing stores to ensure they look “professional”; law camps aimed at freshly minted second year students, where older male students brag as their tally of sexual conquests rises; lecturers who use the Socratic method to make uncomfortable comments about what women students are wearing.

There’s more: law clerks who are selected by their headshot, attached as a requirement on recruitment packs; whispered networks of women discreetly alerting their colleagues about the men most likely to act inappropriately; junior lawyers providing a human barrier between partners and clerks when the alcohol begins to flow. All under the watchful gaze of people in a position to know, and do, better.

This uprising against Russell McVeagh has missed vital voices. While there’s been plenty of brave talk about internal reviews (and public denouncements that double as diversity advertisements), I wonder if any real, deep understanding can be gained without meaningful discussion and input from young graduates, clerks and students – some of whom know, first hand, where deeply rooted infections thrive.

When you secure a clerkship in a commercial firm it comes as a huge relief. You’ve filled out pages of psychometric testing, solved the ‘future of law’ in an hour long interview, and spent your clothing allowance on ill fitting blazers and pencil skirts you’ll never wear again.

But there’s also an ever-present anxiety, because a clerkship can be thought of as an extended job interview. Every new clerk is painstakingly briefed on a social code of sorts: always have a drink in your hand, but don’t drink too much; don’t be too loud and arrogant, but make sure you fully immerse yourself in the fabric of the firm. These are what’s known in the profession as “career limiting moves”.

The structure of an established firm only serves to thicken the vines of this labyrinth. Each partner sets the tone of their department, creating a mini empire under one umbrella letterhead. As much as a firm will insist that its open office plan erases hierarchy in favour of a collegial horizontal structure, the fear of “breaking rank” is palpable. Avenues for help aren’t communicated to clerks until it’s too late (if at all), and often start and end with those directly responsible for setting the culture.

Every attendance at a social function feels like it could make or break your chances of being a good fit for the firm at the end of your summer. Trying to develop your “personal brand” makes it hard to objectively consider whether it’s normal for a senior associate to be that drunk and shouty, or a partner to be that handsy with a junior. Why is everyone looking on as if this is normal? Am I just a sensitive millennial? Is this just what the “real world” is like? What kind of uncomfortable meeting will I have to endure if I even mention this? Does complaining count as a career limiting move?

If there’s anything good to come from the Russell McVeagh revelations, it’s the potential for these questions to be answered in a way that supports and strengthens those most at risk. The bravery of the victims has shone some light on the darkened corners of the legal industry, and widened the parameters of what is considered unacceptable behaviour. It is so important that this opportunity is grasped by all legal firms and law faculties. We need to prioritise the young, vulnerable voices of people for whom it’s much safer to keep quiet. To do this, we’ll need go a lot further simply cutting off the head of the big bad wolf.