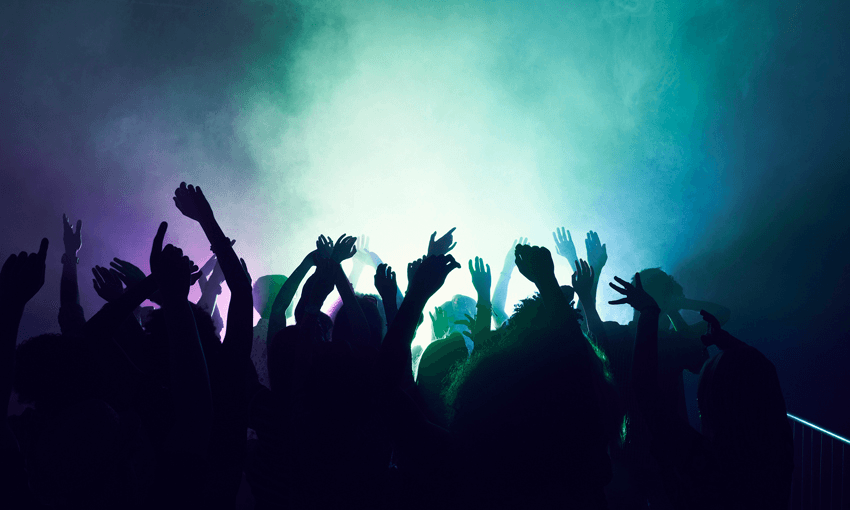 People at a bar/club (Photo: Getty/Flashpop)

People at a bar/club (Photo: Getty/Flashpop)

It breaks my heart to think of young queer and trans people seeing this sign, and thinking there are no spaces where they will ever belong, writes Hadassah Grace.

The first time I ventured into a gay bar, I vowed never to go back.

It was a vulnerable time in my life. My early twenties were a second adolescence, as they are for so many young queer people. Our teens were taken up with trying to hide ourselves behind what we’ve been taught is “normal”. Add into that emotional hellscape a divorce, the aftermath of childhood abuse, a restrictive Christian upbringing, and working 50 hours a week while trying to study full time, and I was flayed raw, desperately seeking some kind of community.

Within half an hour I had been told by four different gay men I didn’t belong there, and that bisexuality wasn’t real. A young gay medical student told me he wanted to be a gynecologist, and in the same breath described in detail how repulsive he found vaginas. He took special care in telling me about his time working at a retirement home, where he would “scrub the old ladies’ squid beaks raw”.

It was a kick-to-the-throat introduction to the LGBTQ community that I had been fantasising about. Since then my experiences haven’t improved much. Pretty consistently, I have found that any time LGBTQ people come together in numbers, there’s a squad of gay men who seem determined to ruin it.

This week Cruz, a gay bar in my hometown of Christchurch, advertised their misogyny and transphobia with this sidewalk sign.

It’s hard to know where to start. It reminds me of American conservatives repeating their one “joke” about identifying as an attack helicopter ad nauseam. It’s not funny, it accomplishes nothing, and the only real goal is to bully people more vulnerable. That they appear to relish in it only makes it worse.

Their website states they’re “the safest place for Christchurch’s gay community”, but the comments on Facebook are a swampy mess of confused hatred.

The sad thing is, I get it. Most of these men came out at a time when it could have been a death sentence. They likely watched friends die; either from AIDS, suicide, or hate crime. I understand reaching a point where you might say, “Hey! I paved the road to a world where you could feel safe. I brought you marriage, legal protection from workplace discrimination, medical care. How dare you tell me now that I’m a bigot!?”

I see Dan Savage refusing to apologise for his use of anti-trans slurs, and RuPaul quietly excluding anyone who doesn’t fit his mould of drag queen.

I see young gay men who have had to grow up in New Zealand’s rugby obsessed, heteronormative society. They’re from small towns, used to digesting secret media made by these same acrid old guards. Some seem to think that displaying an open hatred for women and gender minorities is revolutionary. In fact, it’s the same misogyny that straight culture has been struggling with for centuries, but I understand how it happens.

None of this would matter if these men weren’t running a majority of the spaces available for us. Savage Love, Dan Savage’s popular podcast, claims to speak to the whole community, while RuPaul as a result of RuPaul’s Drag Race has become a worldwide representation of drag, despite only ever showcasing a very small part of it.

As a microcosm of this, Cruz is Christchurch’s only gay bar. It breaks my heart to think of young queer and trans people seeing this sign, and thinking there are no spaces where they will ever belong. I spent years avoiding a community that could have helped me through some of the hardest times in my life, because I was unfortunate enough to dip my toe into the wrong spot. I did so because that spot was advertised as a gay bar; instead of, as it appeared to me, a sad, sticky basement full of spiteful old men and young twinks who hadn’t yet figured out that being mean isn’t the same as having a personality.

I don’t know the solution. The queer people I know avoid these places, opting instead for meet-ups over coffee and wine. We form groups on Facebook and WhatsApp. We have potlucks and game nights, we attend each other’s shows and art openings. We’re free to rage about the patriarchy, discuss the pros and cons of a young Bob Saget in a sweater vest, complain about the waiting list for top surgery, and swap recipes for spinach dip.

My hope is that people will learn and grow. That spaces will open up where anyone is welcome to dance, perform, hook up, and drink. My prediction is that the gay bar as we know it will slowly become extinct, as more and more queer people realize they’re just as unsafe and unwelcome there as in any other bar. We would rather just be excluded than choose abuse within our own community.