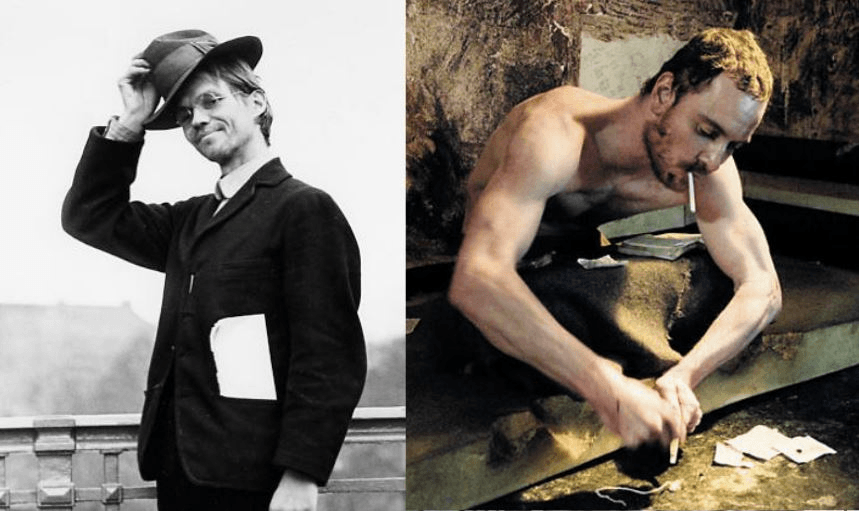 Film critic David Larsen admits his strategy to urge audiences to see Hunger failed, and pleads you to see another movie called Hunger, without recourse to hammer analogies

I once opened a film review by suggesting that instead of investing fifteen dollars in the price of a ticket, readers could spend the same amount on a hammer, with which they could then hit themselves in the head. (The effect would be the same, but it would take less time, and afterwards, they would be the owner of a fine hammer.) The film was Hunger (2008), the directorial debut of the spectacularly gifted Steve McQueen. I was attempting to convince people to see it at all costs. Possibly this requires some explanation.

It is much, much better to review out of passion, positive or negative, than to assume a position of Olympian detachment. This seems clearly true to me, although it’s a dangerous thing to believe if you review for a living (or rather, the world being what it is, for a fraction of a living). The danger lies in the temptation to fake a strong response to a film when you just don’t have one; the most boring review to write is the one that boils down to meh, but sometimes that’s what a film leaves you with. This means that sometimes, if you’re a professional reviewer working off the theatrical release schedule, you’ll find yourself in the position of having to write two or three or four reviews in a row that you yourself would hate to read. Then you’ll get a film like Hunger, and you will fall on it in the manner of a starving person falling on a fine roast dinner, and in the process of giving vent to your excitement you will, perhaps, go a little mad.

Because the thing about Hunger is that it combines artistic excellence with a storyline that, reduced to synopsis, has a remarkable capacity to repel audiences. It’s beautiful, strange, transgressive, and it combines arresting camera work with a breakout performance from then-unknown Michael Fassbender; but it’s also a film whose entire third act consists of an imprisoned IRA hunger striker slowly starving to death. I was completely determined to write a review that would get people turning out for it in droves. Tell me how you’d manage that. I can tell you something not to try: using a hammer analogy to suggest to people that the film might be too much for them. “Here is a masterpiece, but beware, for it is an in-your-face masterpiece, a difficult masterpiece, and really it’s a bit more than you’re probably up for. Subtext: rise to this challenge, New Zealand.” Yeah, nah. Of the 257 films in general release here that year, Hunger‘s box office earnings ranked 256th, for a total of $588.

As you will gather from the fundamental idiocy of my hammer approach, it’s possible to get well and truly lost when attempting to second-guess what will motivate movie audiences. Hunger would on the face of it be an obvious call – difficult subject, difficult sell – except that obvious calls are wrong all the time in this game. A classic example from the big money end of the spectrum: Edge of Tomorrow. It starred Tom Cruise and Emily Blunt, it was widely reviewed as one of the two best science fiction thrillers of the last decade (the other being Looper, also starring Emily Blunt), and this consensus has been borne out by the film’s growing reputation in the four years since its release. For no reason that anyone could see, it fizzled at the box office. I had been arguing for years that there was a huge payday waiting for anyone in Hollywood willing to step away from the superheroes and make good original genre films. I still believe this, and the break-out popularity of original low budget horror films over the last few years supports the idea on a general level; but Edge of Tomorrow ticked all the boxes I wanted ticked and it bombed. The basic takeaway here is that when it comes to predicting what filmgoers will pay for I have no idea what I’m talking about.

What’s strange about this is that I often feel absolute confidence in predicting which films audiences would like, if only they could be induced – by clever marketing, by (hah!) engaging film reviews, by general buzz – to sit down and watch them. It was obvious to anyone who saw Edge of Tomorrow in theatres that those theatres should have been packed out. Hunger has a smaller natural audience, but even if you only counted the ones I know personally, there would be more people in New Zealand liable to enjoy a first rate art film about a starving man than its ticket sales here can account for. Our mechanisms for linking people up with the things they’re subsequently going to wish they’d seen are grossly imperfect, which, since my buy-a-hammer review was one of those mechanisms, should presumably not surprise me.

I am not neutral on the question of whether people should pay to see good films. This is fundamentally a selfish position, because I want to keep being able to see good films myself: films are ridiculously expensive to make and theatres are costly to run, and if people don’t go out of their way to pay for the good stuff, it is quite possible that cinema is going to die in the next generation, or else atrophy to Marvel, Star Wars and remakes. (Please spare me the argument that TV is going to fill the gap. That’s like telling me it’s fine if poetry dies, novels have us covered.) So with the foregoing in mind, and by way of apology for not doing a better job selling McQueen’s Hunger back in the day, I wish to call to your attention a fine coincidence: there is a first rate art film about a starving man in this year’s New Zealand International Film Festival, and it’s called Hunger, and it isn’t Steve McQueen’s one.

There have actually been at least six films called Hunger over the years, and two of them have been adaptations of the same classic Norwegian novel by Knut Hamsun. The earlier and better of these was the first film ever to screen at the film festival, 50 years ago in Auckland; it’s one of the 12 major films from past festivals being brought back this year to celebrate the NZIFF half-century. (That’s for Aucklanders. Other centres get fewer. I am writing this in Wellington, where we’re only getting six, and I am not at all bitter.) This Hunger, directed by Henning Carlsen and starring Per Oscarsson, is what you might call an in-your-face masterpiece, a difficult masterpiece. It’s either a stark piece of extreme psychological realism, featuring a central character who’s already a long way down the road towards starvation-induced psychosis when we meet him, or it’s a classic existentialist story about a young man so determined to reject expedient compromise that functionally he might as well be mad. It’s gorgeously shot in black and white, but it’s a beauty without warmth; Carlsen draws you into a hopeless sympathy for Oscarsson’s increasingly desperate character, and lets you suffer with him.

The film is one of 170-odd playing in Auckland over the next two and a half weeks, a crowded field of options in which a slightly difficult-seeming Scandinavian classic could easily fail to register on people’s radars. This Hunger is not going to be getting a post-festival general release; if you don’t see it now you probably won’t ever see it on a big screen. It would please me very much if it were to sell more tickets than McQueen’s Hunger did here by a factor of at least ten.

The NZ International Film Festival opens in Auckland tomorrow. David Larsen, together with Aquila, Jacob Powell, Doug Dillaman and Pip Adam will be reviewing its wares for the Spinoff