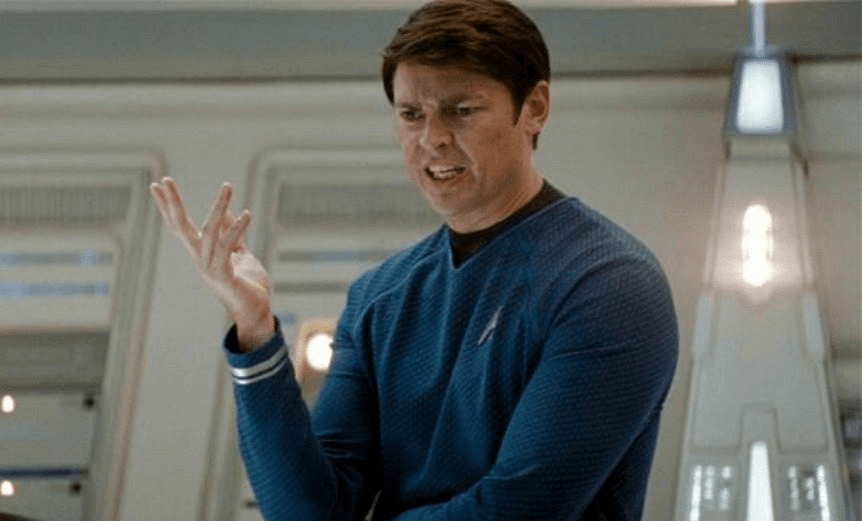 Karl Urban and the Equal Pay Act were both born in 1972. Guess who’s doing better.

With Treat Her Right campaigning to implement the Equal Pay Act of 1972 and close the wage gap in New Zealand, Alex Casey compares the progress of the bill to the career of Karl Urban, also born in 1972.

The year was 1972. Karl Urban was born. House parties everywhere were enjoying delicious cheese hedgehogs. New Zealand passed a bill that made it illegal to pay an employee less because of their gender.

*DRAMATIC STARWIPE EFFECT TO DECADES INTO THE FUTURE*

The year is 2017. Karl Urban is 44 and currently filming the new Thor movie. House parties everywhere aren’t eating cheese because of dairy allergies and so-called hedgehog shaming. New Zealand continues to demonstrate a 13% wage gap between men and women.

That’s right Eomer, you are right to yell. There’s still a massive Oliphaunt in the room when it comes to equal pay in New Zealand. Here are some cold hard facts, courtesy of the Treat Her Right campaign and this insightful piece by Dr Jess Berentson-Shaw:

– the current gender pay imbalance is 13% in New Zealand

As laid out in this great video, New Zealand has made leaps and bounds since 1972, passing numerous crucial legislation from compulsory seatbelts to banning smoking indoors to making rape illegal within a marriage. So why is it that we are still not paying the sisters the same as the misters? Why is it that in Karl Urban’s entire career, from Shortland Street to Pete’s Dragon, we still haven’t closed the pay gap?

To really hammer just how long 44 years is, I turned to Wikipedia to compile this useful list of other momentous milestones that both New Zealand and Karl Urban have achieved in the time that we still haven’t managed to pay women and men the same amount. Please enjoy.

The Equal Pay Act is passed by the National Government. Karl Urban is born in Wellington, New Zealand.

Dame Whina Cooper leads a 1000km hīkoi from Te Hāpua to Parliament to protest the ongoing loss of Māori land. Karl Urban turns three. Women are still not paid the same as men.

Karl Urban utters his first line on screen in the series Pioneer Woman at the age of eight, launching what would become a prosperous onscreen career. Women are still not paid the same as men.

Terry Teo and the Gunrunners premieres on New Zealand television. Women are still not paid the same as men.

Clerical Workers Union v Farmers Trading Company becomes New Zealand’s first pay equity case. A 30,000-strong union made up of 90% women claimed their wage was a “depressed female rate.” The case was rejected. Women are still not paid the same as men.

New Zealand’s first soap Shortland Street begins, paving the way for Karl Urban to arrive on the scene a year later as dashing paramedic Jamie Forrest. Women are still not paid the same as men.

Dwane van der Sluis and Andrew Akers invent a giant plastic ball thing that you can biff down a hill with a person in it. They call it ‘The Zorb’. Women are still not paid the same as men.

Carterton’s Georgina Beyer becomes the first transsexual mayor in the world. Karl Urban moves briefly to Bondi beach and in all likelihood has some fun in the sun. Women are still not paid the same as men.

Karl Urban stars in Hercules and Xena: Warrior Princess, both of which are syndicated to a vast international audience, propelling him to the global stage. Lydia Ko is born. Jenny Shipley becomes the New Zealand’s first female prime minister. Women are still not paid the same as men.

Karl Urban secures his first big Hollywood role in good movie Ghost Ship, followed by Lord of the Rings: The Two Towers and Return of the King. Women are still not paid the same as men.

Doom wins the Fangoria Chainsaw award for bloodiest beatdown in a scene featuring Karl Urban and Dwayne ‘The Rock’ Johnson. Georgina Beyer enters her third term in parliament as the world’s first transsexual MP. Women are still not paid the same as men.

Karl Urban is “thrilled to bits” to audition in front of JJ Abrams for the role of Bones in Star Trek. He nails it and gets the part. Women are still not paid the same as men.

Marmageddon rocks the country. Lorde releases The Love Club EP. Karl Urban wears a very cool helmet in Dredd. Rest home worker Kristine Barlett wins a case against Terranova after being paid only 70c above minimum wage despite 20 years in the care sector. Despite this triumph… women are still not paid the same as men.

Karl Urban’s performance in Star Trek Beyond, the third installment in the blockbuster franchise, is described as  “very enjoyable”. 1985’s Terry Teo and the Gunrunners is rebooted on TVNZ as Terry Teo. Lydia Ko continues to be the number one ranked woman professional golfer. Women are still not paid the same as men.

*NOT SO DRAMATIC STARWIPE ONE YEAR FORWARD*

Now we are in 2017 and you know how the story goes. At the snail pace we are moving at, the numbers suggest it will take us another 45 years (aka a whole Karl Urban career) before women are paid equally in New Zealand. Let’s try and close the wage gap before hell freezes over and they make a Dredd 2 sequel because this is just… Riddick.

Click here to sign the Treat Her Right pledge to pay the sisters the same as the misters.