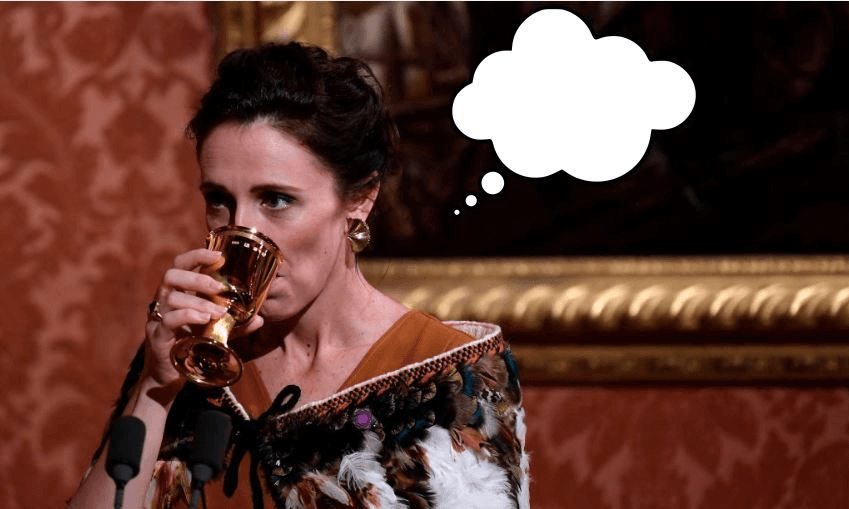 Paris, Berlin, London. The New Zealand prime minister has been shuttling the major European capitals this week, and the snappers have been out in force to document the appearances of New Zealand’s ‘pregnant leftie PM’ (© Sun newspaper). Here, a selection of those photographs, and Sam Brooks’ scientific analysis reveals precisely what Jacinda Ardern was saying/thinking at that moment.

If you had to guess which one of us looked more like the prime minister of France in this moment, would you pick the guy with the $20 haircut or the woman whose hair looks like it was given to her by the Goddess Venus herself? Just saying. One of us came to play, one of us came to slay.

This is your last chance to impress me and to save yourself from elimination. Ladies, the time has come for you to lip-sync for your life. Good luck, and don’t fuck it up.

Turns out you can be prime minister of Canada and still not know that if you’re the one taking a selfie you should be in the middle. No, that’s fine, Justin! Just make me work my angles because you can’t work out your positioning. That’s fine. No worries.

I am exactly this pregnant.

All these papers are blank. We’re not even reading anything. Please don’t take a photo of this. We don’t even look like we’re doing any work.

Look, judge all you want, but you’re married to Prince Phillip. I’ve seen The Crown, I know what goes on. I’ll take my professional fish murderer any day.

The one time I get to go to Buckingham Palace and I have to drink water. Do you know how clean the water is in London? Give me a glass of Karori tap any day over this.

I saw the second season of The Crown and I want to say that I’m so sorry about your father. He’s a bad man. I’m here if you need anything, need to talk, need anything. Just text me, Chaz.