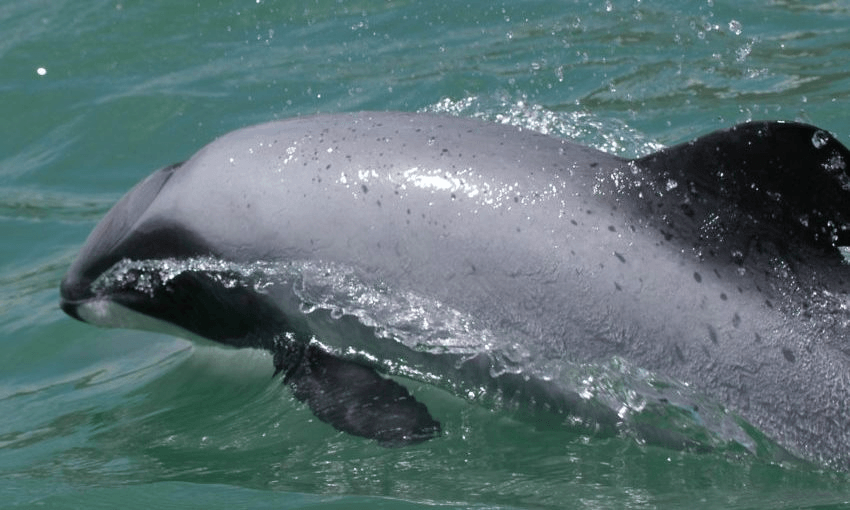 We’re down to the last few Māui dolphins. Soon it will be extinction by idleness

If the government doesn’t include a comprehensive solution for Māui dolphins in this Threat Management Plan, it will be game over, writes Livia Esterhazy of WWF-New Zealand

Once great flightless birds roamed Aotearoa’s forests. Before humans arrived, moa only had one predator, Haast’s eagle. But once humans were here, moa were hunted into extinction. We also introduced a host of new environmental threats: invasive weeds, rats, possums, stoats, deer and more. All continue their ecological harms to this day.

In the last 50 years alone, global wildlife populations have declined, on average, by 60%. One native taonga is on the brink of extinction: the Māui dolphin. Only around 60 adult Māui dolphins remain. Our world’s rarest marine dolphin is at risk of disappearing forever, all because of us. Human threats such as harmful fishing activities, risky seabed mining practices, oil and gas exploration, and toxoplasmosis, if not fixed, will lead to their demise.

We know our government wants to do more and can do more. We’re calling on this government to do what is necessary to protect the remaining Māui dolphins and allow them to thrive. This must include banning all set nets and conventional trawling within their habitats, installing cameras on fishing boats, and putting aside at least 30% of our ocean as true marine protection areas to build healthy, resilient marine ecosystems.

Some fishing companies, like Moana New Zealand and Sanford Limited, are making changes and working towards more sustainable fishing practices, but the majority are dragging their feet. Policy inertia by successive governments has allowed this procrastination. Science tells us this must stop now.

Every five years, the government takes stock of the current threats facing dolphins in the Threat Management Plan (TMP). Proposals for the TMP will be delivered for public consultation soon. If the government fails to include a comprehensive solution for Māui dolphins in this TMP, it will be too late. How can we consider ourselves kaitiaki of our environment if we don’t save Māui? If we allow the Māui dolphin to die out from idleness, it will be as much our fault as if we went out and hunted them to extinction.

New Zealanders have told us they don’t want this to be our future.

We don’t want the legacy of this government to be that children only read about Māui dolphins in school textbooks next to the moa and Haast’s eagle – we want them to be able to watch them frolic in the open ocean. I know we share the same vision, to live in harmony with nature, but we cannot do that without making hard choices.

Ministers, those choice are yours to make. WWF-New Zealand is here to help, because we know by working together, it’s possible for Māui dolphins to not only survive, but thrive.