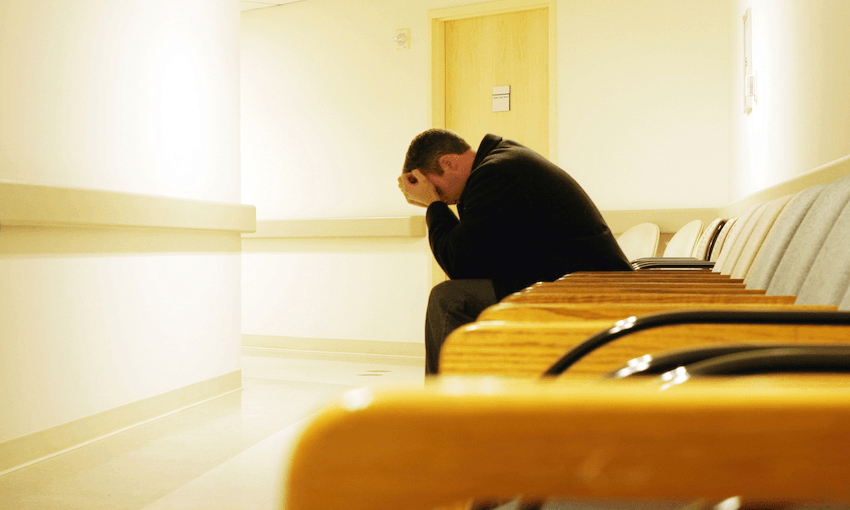 The death of newsreader Greg Boyed has prompted many of us to consider whether we’re doing enough to look out for friends and family who may be struggling with depression. It’s up to all of us to start the conversation – and keep talking, writes Aaron Hendry.

When I was 8 years old, I considered ending my life. I was young, and though I didn’t know it at the time, unwell. Infected with an illness called depression.

I thought that depression was a synonym for weakness. That those who succumbed to its poison were powerless and selfish.

And as a young man I was taught that I was meant to be strong. That tears were a sign of weakness, and that these emotions and thoughts I was experiencing, were proof that I just needed to ‘man up’ and pull myself together.

So I told no one. For almost 15 years I battled in silence, only having the courage to speak about my experiences and acknowledge the depression in my early twenties.

I don’t know how I survived it. There were moments where I now recognise that I came close to dying.

I was lucky perhaps. Others have not been.

Death seems to stalk our country. Stories of people “dying suddenly” are all too common. We speak of those battling depression in whispers, not daring to raise our voices too loud, afraid perhaps that if we are heard the god of death will come and sweep us or our loved ones away.

Yet our silence solves nothing. Our fear only seems to give it more power. And in the end, the death toll rises.

How many have we lost to this terrible disease? How many more will we have to lose?

An old idea still exists in our country, the belief that if we speak of depression, if we say the ‘S’ word, it will cause more to die from it. That somehow, by refusing to acknowledge its existence, we can make it go away.

Well guess what? It’s not going away.

Our country, our people, are infected with it. Our children are dying, our whanau are struggling, our silence has saved no one.

In fact, it has done more harm than good.

Imagine if we treated cancer in the same way we do depression. Imagine if our solution for this disease was to just stop talking about. The idea is ridiculous.

Yet that seems to be how we have decided to respond to suicide. Ignore it long enough and it will go away.

Our silence hasn’t made it disappear. If anything, all it has done is allow stigma and ignorance to grow.

As a kid struggling with depression, it was the stigma created by this language which prevented me from getting the help I needed. I refused to acknowledge the reality of depression in my life because I thought this would mean that I was weak. And growing up in a society that told me boys need to toughen up if they wanted to become men, I refused to be weak.

“Toughen up! Be a man!” became my mantra.

But depression isn’t a sign of weakness. Those who experience it are not lesser individuals than those who don’t.

Reflecting back on my own experience, I wonder if korero around depression and suicide had been more common, would I have been able to have the courage to ask for help? Perhaps if I had been able to understand depression as a legitimate illness, rather than a flaw in my character, I could have dealt with it a lot sooner.

Depression is an illness. It is a disease which, if not treated, can lead to death. Those who suffer from it need our support, not our condemnation. Our love, not our fear. They need to know that it is ok, that we understand. That we are there for them.

Those who are battling with depression are not weak, they are strong. They are fighting battles that most of us will never see.

We need to be allowed to talk about suicide openly and honestly. Because if we don’t, more people will die.

It’s time we shared more openly about the realities of depression.

It‘s time for the ‘S’ word to stop being taboo.