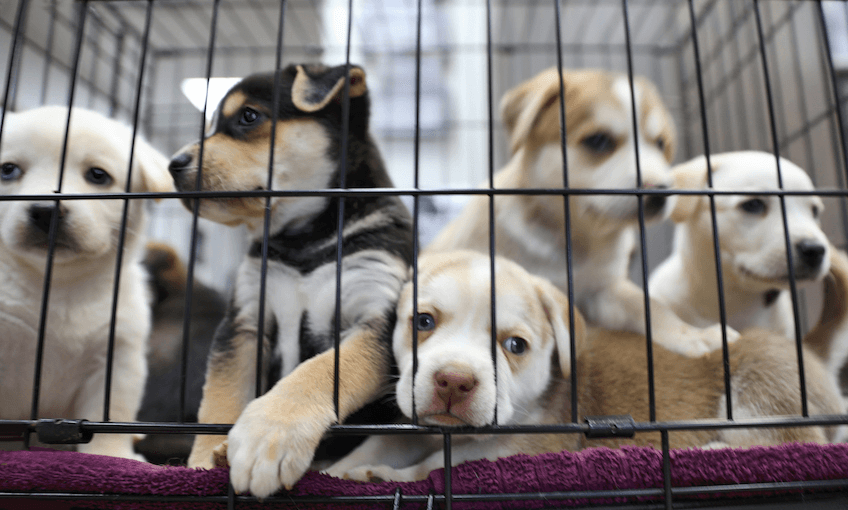 Our animal welfare laws are barking up the wrong tree

Animal rescue organisations in New Zealand are overworked and overflowing with stray animals in need of a caring home, Ellen Sinclair reports.

The SPCA takes in over 40,000 animals every year, and with rescue organisations all over the country full with abandoned, dumped or stray pets, New Zealand has a serious surplus of animals in need.

The dire state of our animal welfare system has prompted the formation of a new collective of independent rescue organisations to lobby government for more support. The organisations from throughout the country, including HUHANZ, Husky Rescue and Chained Dog Awareness, realised “how incredibly busy we all are and how overwhelmed we all are,” said Carolyn Press-Mackenzie, from HUHANZ (Helping You Help Animals New Zealand), a no-kill shelter based in Otaki. “If we’re all this busy and so overwhelmed, and there doesn’t seem to be an end to it, then there must be something fundamentally wrong with the systems in New Zealand.”

The collective took their issues to the Green Party’s animal welfare spokesperson Gareth Hughes, who has been examining the Animal Welfare Act to see how our current laws protect our animals, and what could be improved. He says in New Zealand, “we really need to up our game. The animal welfare act itself needs an absolute overhaul, because we’re failing animals in a country that does pride itself on loving animals.”

Hughes also questioned why the SPCA, the largest animal welfare group in New Zealand, must be dependent on public donations to do its work. “We shouldn’t be relying on charity to do basic animal welfare 101 to comply with our laws.” According to the SPCA’s latest annual report, it receives $400,000 in government funding but the annual cost of running the organisation is $42 million. The difference is fundraised with support from the public. The SPCA is the only group entrusted to enforce the animal welfare act, alongside MPI and the police.

According to the collective, Hughes, and SPCA CEO Andrea Midgen, the most urgent change is the mandatory de-sexing of domestic pets, with a view to restricting animal breeding to only licensed breeders. Over time, these changes would reduce the number of unwanted pets, relieving the pressure currently felt by rescue organisations.

Backyard, or unlicensed breeding of animals, particularly dogs and cats, “needs to stop immediately because all of our shelters are full, all of the time,” says Michelle Attwood, from Husky Rescue NZ, an organisation taking in surrendered or abandoned huskies. Husky Rescue assesses the dogs’ health, organises de-sexing and vaccinations if needed, and cares for the dogs until a suitable home is found.

The animal welfare collective agreed that New Zealand has “too many backyard breeders who are breeding to create an income,” said Christine Breen from Chained Dog Awareness NZ, a group of volunteers advocating for change around dogs who are kept on a chain or tied up for a majority of their lives. “We’ve got dogs that are life chained and are not de-sexed who have litter after litter on the chain, and then the pups are passed around the neighborhood,” says Breen.

Education is key in stopping this cycle of animal mistreatment, says Midgen. The SPCA runs a programme in 2,500 primary and intermediate schools across the country to teach kids about responsible pet ownership, and what owning a pet requires. Education is also used by the SPCA as the first response to situations of minor animal mistreatment. As Midgen says, “A huge part of each inspector’s role is about education,” and inspectors can issue notices warning owners to improve their animal’s situation before any punishment occurs.

“If someone has ignorantly not treated an animal well, left it tied up all the time and not given it water or something, it’s not because really they intended it, they just didn’t even give it any thought,” Midgen says. “You get a much better outcome if you teach them about what’s wrong with that and how they can do it better, than putting them in prison for months or community detention for months.”

The SPCA cares for 40,000 animals a year in its shelters, with the help of over 4,000 volunteers, and 77 inspectors investigating 15,000 welfare complaints every year. Midgen says only around 1% of complaints are for high-level, serious issues, therefore under 1% of complaints result in prosecution. She attributes this to the SPCA’s focus on education, providing struggling owners with extra resources if needed, and its introduction of an infringement system last year. Minor offences, such as leaving a dog unattended in a car, result in an infringement notice and a fine.

The Animal Welfare Act outlines minimum standards for food, shelter, water, and exercise. The SPCA receives complaints regarding chained dogs, but an SPCA inspector, “can only deal with what the law says, so if that dog also didn’t have access to water, and it didn’t have shelter, it wasn’t fed, and didn’t have any exercise, then they could do something about it. But the mere fact a dog is chained up is not an illegal act,” says Midgen.

MPI is currently responsible for animal welfare in New Zealand, but Hughes and some rescue organisations are raising the possibility of an independent commissioner or animal welfare minister, as “MPI are also charged with growing the dairy industry, so it’s a complete conflict of interest”, says Husky Rescue’s Michelle Attwood. Gareth Hughes says we need “more independent voices for animals” so he has been “promoting the idea of an independent commissioner for animals, someone to be a voice for the voiceless, to represent to government on their behalf.”

So how can we help create a better New Zealand for our animals? First and foremost, says Hughes and Midgen, is de-sexing domestic pets. As well as supporting the charities and supporting political change, Hughes suggests you do some research to ensure your next pet isn’t coming from a puppy farm (if you must buy online or from TradeMe). If your family wants a pet, consider adopting from the SPCA or one of our other overflowing rescue organisations.

Furthermore, councils could help by offering registration discounts to rescue centres, says Attwood. But most importantly, “we really need to make sure that dogs that are starving, that have no shelter, that are being beaten, that are being abused in ways that you don’t even want to know about, are actually getting some protection.”