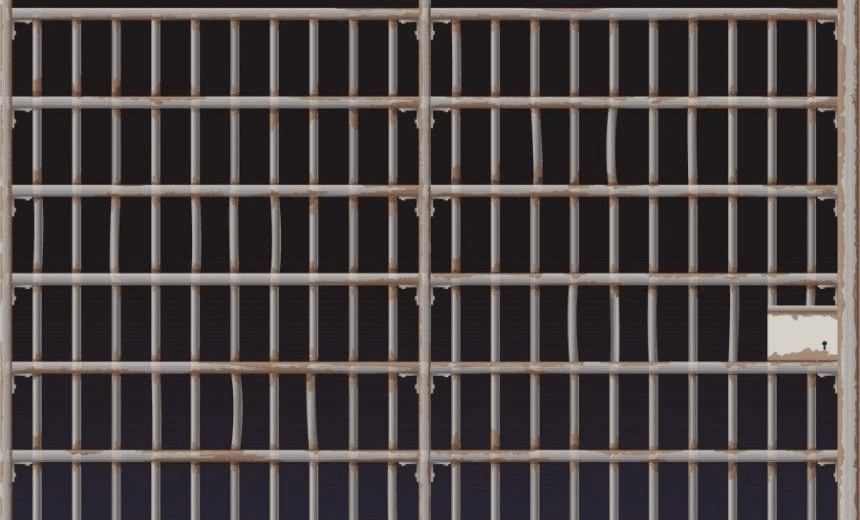 In the US, our incarceration mania is a catastrophe – why on earth would New Zealand try to copy it?

Three American prison experts were in NZ when Judith Collins announced a $1bn boost to the corrections department and 1,800 more jail beds. Expansion of an approach that even Bill English calls a ‘moral and fiscal failure’ is a huge mistake, write Erica Meiners, Isaac Ontiveros and Rachel Herzing. And, below, a statement from the Sisters Inside conference, where delegates included Professor Angela Davis, Dr Kim Pate and Debbie Kilroy

On October 18, we were invited to participate in a meeting of lawyers, advocates, and activists in Wellington to discuss matters related to imprisonment and justice and hear the inspiring stories of the community efforts afoot in these areas. This visit is part of a trip featuring meetings with groups across New Zealand and Australia and including participation in the historic Sisters Inside conference (see statement below), during which more than 100 people from around the world gather to discuss how women and their loved ones are diminishing the harms caused by imprisonment, particularly on indigenous communities.

In the midst of our October 18 meeting in Wellington, we were extremely dismayed to receive word that the New Zealand Corrections Minister, Judith Collins, has proposed increasing New Zealand’s prison budget by $1 billion – almost doubling the amount spent on corrections in a single year – and adding 1,800 cages to the country’s already bloated prison system. We joined our hosts in their fear and frustration as we know that if this plan goes forward Māori people – who make up more than half of New Zealand’s prison population despite making up less than 15% of the country’s overall population – would be the most negatively impacted. These targeted communities also experience the highest rates of unemployment (twice as high as the rates for all other ethnic groups), along with unequal access to education, housing, and healthcare.

As long-time organisers on issues of imprisonment in the United States, we strongly recommend a different path for the people of New Zealand. Based on the destructive history of imprisonment in our country, we know that increased imprisonment is a hopeless endeavor for any country that truly cares about the health and wellbeing of its residents. As many New Zealanders probably know, the United States imprisons more people than any country on the planet (the US has 5% of the world’s population but has 25% of the planet’s prisoners). Imprisonment poses excessive economic burdens on our country and has wrecked havoc on US residents—primarily in communities of color—for generations.

Increases in prison budgets are coupled with slashes to education, housing, and other social service budgets. While libraries, community centers, health clinics, public schools and similar social programs proven to improve people’s health and well being navigate dwindling resources, prison budgets continue to swell. These trade-offs have had a wildly destabilising effect on communities already under substantial strain. The shame of imprisonment in the US is well known across the planet. Prisons have failed communities by all possible measurements. Luckily, change is in the air in the US as increased calls for divestment in imprisonment, and a reinvestment in programs and services proven to make our communities healthy and safe.

Of her proposed prison boon, Collins says, “What we are doing is now planning for the future.” Based on hard experience, we know that planning to solve social and economic problems by expanding imprisonment assures a dismal future for Māori people and others targeted for imprisonment. Even the New Zealand finance minister is on record calling prisons a “moral and fiscal failure”.

When the chilling news of Ms. Collins announcement came down, we were engaged by inspiring stories of community members working together to preserve and deepen their cultural roots, to create safe community spaces, and to advocate for better education, employment, and healthcare. These tireless organisers are also planning for the future, a strong and hopeful one.

We stand in solidarity with the communities across New Zealand speaking out against this government proposal and demanding investments in healthy solutions that work for all New Zealanders. Aspiring to beat the United States in a race to the top for the highest percentage of a country’s population that is imprisoned is a perilous effort. We urge a change of course today.

Erica Meiners is a professor at the University of NorthEastern Illinois, Chicago. Isaac Ontiveros is from the Stop Urban Shield Coalition, Oakland. Rachel Herzing is Soros Justice Fellow, Oakland.

The statement below was passed unanimously by all delegates – over 100 people – at the Sisters Inside Conference on 21 October 2016. Delegates included Professor Angela Davis, Dr Kim Pate and Debbie Kilroy.

We, participants in the 2016 Sisters Inside International Conference “Is Prison Obsolete?” call on the New Zealand government to call off their proposed expenditure of a staggering $1 billion in prison expansion, thereby doubling their existing budget for corrections.

This expenditure, if it was carried out, would fail the entire New Zealand population. It would fail communities already suffering from systemic inequity in the provision of education, health care, housing and employment. We know communities have far better outcomes when governments invest in public services that are fundamental human rights.

Imagine what $1 billion could do for schools, hospitals and community health and employment initiatives across all communities.

The announcement to spend this huge sum on more prisons represents a conscious decision to target particular marginalised communities, and exacerbates well-documented failings of the NZ criminal justice system to respond to social problems.

Given the vast over-representation of Māori – and particularly Māori women New Zealand’s prison system, this funding announcement carries race and gender implications that are particularly distressing.

With $1 billion to spend, New Zealand has an historic opportunity to invest in community organisations and local initiatives that are proven to work and that currently operate on the smell of an oily rag. Investing in such work increases community well-being and safety.

We know, without a shadow of a doubt, that prison creates and exacerbates inequity and issues that the government says it wants to address.