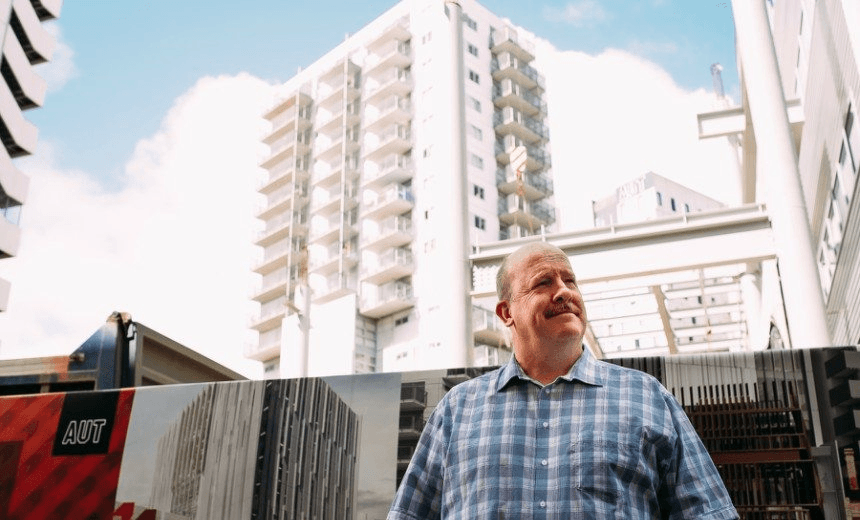 The author, in front of some houses.

How do we fix the housing crisis? An expert AUT professor answers your questions

The author, in front of some houses.

The housing crisis has dominated the news cycles this year, but there’s still a lot we don’t know. Professor John Tookey is an expert in the area and is ready to answer your questions.

Take it easy though. I’m not a property investor or a builder. In fact, I only own one house.

My name is John Tookey and I’m a Professor of Construction Management at AUT. I’m also one of several lead researchers working on the Government’s National Science Challenge 11: ‘Building Better Homes, Towns and Cities’.

My area of expertise is supply chain management. I’ve worked as a consultant around the world, and have worked at universities teaching and researching across Europe, Australia, South Africa and New Zealand. We can’t deny there is a housing problem in Auckland. Here’s what I think about the likely future in housing:

The government and council need to do more to get things to change. For that to happen we need all New Zealanders to be understand the problem and lobby for improvements.

What do you need to know to make this happen? Ask me anything, either publicly via responding to this post on Facebook or Twitter, or privately by emailing info@thespinoff.co.nz with ‘housing questions’ in the subject line –  we’ll pick the best questions received by midday on Friday 28 October and reply to them in a post next week.