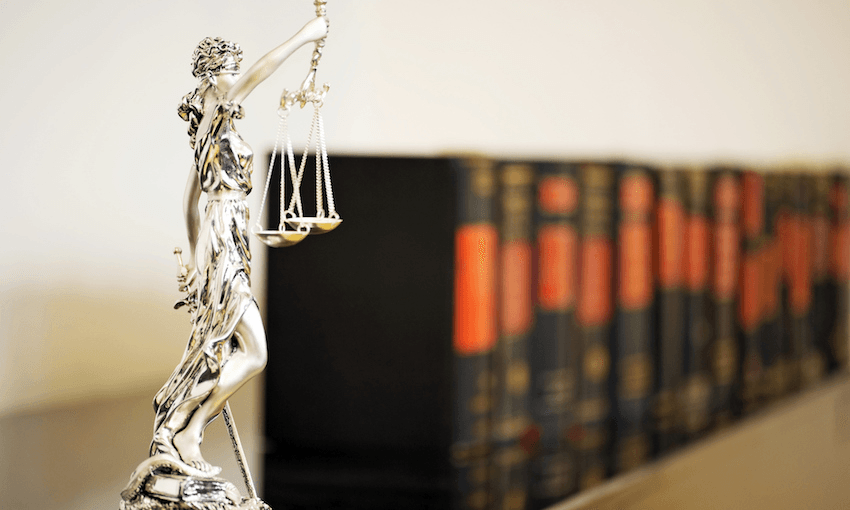 It’s the biggest scandal to rock the legal profession in years. Yet the official response to the Russell McVeagh revelations has been woefully inadequate, says special counsel Linda Clark.

So far, the legal profession has struggled to provide the leadership these young women deserve.

The Law Society issued a statement last week, crafted in the kind of passive vanilla sentences so favoured by my profession.

‘The disclosures over the past week will have made every lawyer in New Zealand consider their workplace and also their profession,’ the Society said. Yes, indeed.

Lawyers are experts at ‘considering’. But, as we now know, not so expert at a range of really important other things, like keeping young women safe at work, or being proactive to ensure allegations of misconduct (or possibly crimes) are investigated quickly and thoroughly, or even – and I’m not being glib – knowing how to drink alcohol without being a creep.

The Law Society also said (rather too quickly) that ‘sexual and other harassment is not something unique to lawyers’. Again, yes. Although it would be more reassuring if just for a moment – or longer actually – lawyers resisted the urge to deflect this onto other workplaces, so the problem that clearly exists in the legal profession can be dealt with once and for all.

Deflection, minimisation, contextualising, excusing; lawyers have shown this week they are experts at all this. You might say it’s part of the profession’s culture. And yet these are the very behaviours that enable sexual harassment (all harassment) in the workplace and then so expertly excuse it when it happens.

Law Society President Kathryn Beck has had a tough week. Beck is a highly experienced  employment lawyer and a strong advocate for women in the profession and yet, her initial explanation for the alleged behaviour sounded like the worse kind of minimisation.

‘Alcohol often has been a really huge factor. These young people get very excited at the thought of being engaged in social events and having free alcohol. That puts them at risk.’

This shouldn’t need to be said, but young women drinking free alcohol is not the problem here. Yet that view has some powerful supporters.

On Wednesday, the former solicitor general Mike Heron QC was quoted in the NBR. ‘It’s a problem with drinking, working late, high pressure and the nature of the work [lawyers] do. There are some firms that deal with quite difficult cases and they only have their teammates or colleagues to confide in. This doesn’t excuse the conduct but the environment contributes.’

Wrong. There are plenty of times I have worked late, drank wine, been under pressure and managed tricky and complex issues and never once have I groped a colleague.

Neither Beck nor Heron are in anyway condoning harassment. They are not the villains here. (In any case, this issue can’t be tidily divided into ‘goodies’ and ‘baddies’.) However, attempts by them and others to ‘contextualise’ harassment are not helpful. It suggests that if only law firms brought in new alcohol policies (and they will) this problem can be solved. It won’t. Alcohol, just like short skirts and walking home alone, is not the issue.

In truth, the issue is both simple and complex. Simple, because really – just keep your hands to yourself. But complex because addressing how complacent the profession has historically been about harassment – how badly it’s misjudged what harassment is and how it happens – is confronting for all of us.

So what do we need to ‘consider’? Firstly, that the profession relies on profound imbalances of power. That it is still too hard to complain about offensive male attention and much easier to say nothing, or to leave the workplace. There needs to be a rethink about how the profession presents itself to young lawyers and how young workers feel pressured to be compliant in order to progress. We need to acknowledge that women minimise offensive male attention as a way of coping, and men minimise offensive male behaviour out of misguided loyalty or unconscious bias. We need to recognise the impact of scale – everyone knows everyone – so if you complain everyone will know you are ‘that girl who…’.

And let’s just think about ‘that girl’. The women whose complaints sit at the very heart of this sorry chapter must be watching in horror. Two years after the incidents they should be getting on with their lives and their careers (a tough journey for any complainant in fact). That this has all become the subject of public debate and speculation is entirely the result of the profession’s failure to manage complaints like their’s in a manner that gives full, fair and final settlement.

To her credit, Kathryn Beck on Nine to Noon last week almost begged someone – anyone – to make a complaint to the Law Society about the Russell McVeagh cases. A week or more later, no one has. Interestingly, section 136 of the Lawyers and Conveyancers Act 2006 allows any council member of the Law Society to initiate a complaint. It would have been reassuring if one of those members had done so. (Hint, it’s late but it’s not too late.)

For its part, Russell McVeagh has announced an external review (to be conducted by an as yet unknown reviewer). At the same time the firm continues to cling tight to its view that the actions it took “immediately on becoming aware of these incidents were the right ones”. Before the review has even begun that seems a big call.

In recent years, a number of law firms have developed diversity programmes, seminars targeted for women, engaged consultants to educate partners about unconscious bias. I have participated and even led some of these. They demonstrate a genuine commitment in the profession to support and encourage women to progress.

But in conversations with young women lawyers this week it has been truly depressing to see how those initiatives – as welcome as they are – have not moved the dial.

Linda Clark is a Special Counsel working in Wellington. The views expressed are her own.