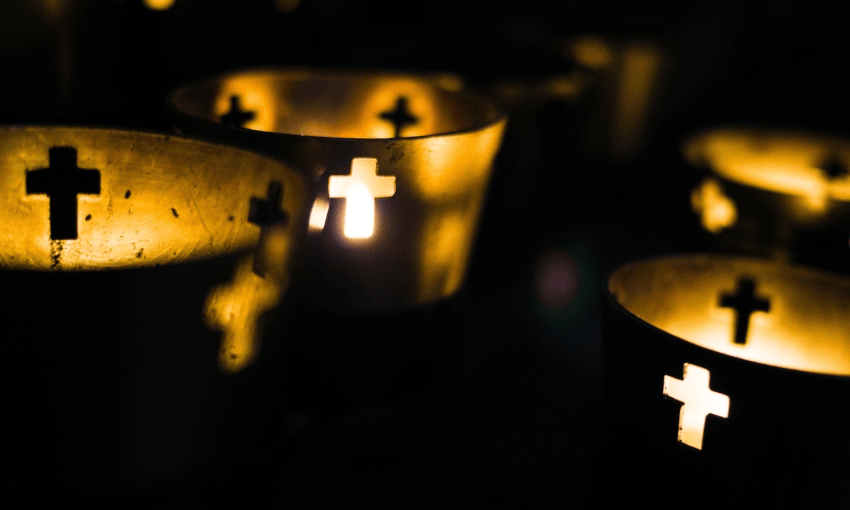 Perceptions of Christianity in New Zealand get shaped by the most extreme voices. So who else could the media go to for comment?

Quick, name the most prominent New Zealander you can think of who is a Christian. Chances are if you follow the news at all, that the first name that comes to mind is probably Brian Tamaki.

The leader of Destiny Church absolutely dominates media coverage of Christianity in this country. It doesn’t matter that his version of Christianity is an extreme form, with relatively few adherents. During the absolute peak of its powers Destiny Church had around 10,000 members. At the time of the last census, there were close to two million Christians in New Zealand. The share is tiny, and the attention is wildly disproportionate.

We’ve seen this time and again with Islam. The voices of the most hardline extremists get amplified, while the vast, overwhelming majority of Muslims get next to no coverage. It’s not excusable, but it is explainable by the fact that ‘ordinary person who happens to be Muslim does something’ isn’t much of a story.

What needs to be stressed a lot more is that there isn’t one Christian perspective, and that the loudest voices don’t necessarily speak for many people at all. With that in mind, we at The Spinoff have put together a list of Christians with completely different points of view to those of Destiny Church.

It’s not meant to be a comprehensive list of all strands of Christian thought in New Zealand. There are dozens more that could be included. Nor are these people necessarily spokespeople for anyone over and above themselves. Some of them are media commentators, some are elected officials, some are figures within church hierarchies, some are activists, and some are a combination of all four.

All this list is meant to do is show clearly and easily that there are far more points of view within Christianity than typical media coverage would indicate. Some of the people here are more liberal, others are more conservative. Some would be considered to be on the left, others to the right. The point is, the extremists are in the minority.

So when the question comes up about what Christians think about an issue, perhaps asking one of these people would elicit a more representative position than that of Destiny Church’s leaders.

Dr Hirini Kaa, historian and Anglican Minister. A deep thinker who explores the links between Māori understandings of the world and religion.

Mita Ririnui, current Rātana Āpōtoro and former Labour MP. The Rātana church has tens of thousands of members (and is an indigenous church with about ten times as many followers as Destiny) but only seems to end up in the news exactly once a year, when all the politicians make a beeline.

Thalia Kehoe Rowden, former Baptist minister and development worker. Her work around the refugee crisis has been immense, and she lives according to the teachings of Jesus of speaking truth to power, and supporting the poor and vulnerable.

Reverend Frank Ritchie, talkback host on Newstalk ZB and Wesleyan Methodist minister. Someone who also does confidential chaplaincy services for those in the media who need it, because his Christianity is firmly based in the modern world.

Archbishop Dr Winston Halapua, the former leader of the Polynesian tikanga strand of Anglicanism. Archbishop Halapua combines biblical teaching with educating people about the impacts climate change will have on Pacific Islands. He explained the connection on the Anglican Taonga site.

Reverend Helen Jacobi, vicar at St Matthew-in-the-City, Auckland. The leader of a self-described “progressive Anglican church”, she does a lot of work with the Auckland City Mission. Also, you might remember news stories about the billboards supporting gay marriage outside a church – that was St Matthew-in-the-City.

Scottie Reeve, youth worker, social entrepreneur and priest. He spent a lot of his early career involved with Zeal, the well-meaning youth venue who tried to keep kids out of trouble. Most recently, he was the author of this thoughtful piece on Stuff about his difference in perspective with the likes of Brian Tamaki.

Reverend Chris Huriwai, priest in Gisborne. Read this story from the Gisborne Herald, and see how civic discourse can and should work all the time. Rev. Huriwai is a strong opponent of euthanasia law change, but was still more than capable of discussing the details of it in a nuanced and humane way.

Cr Efeso Collins, Manukau Ward Councillor and Baptist. Cr Collins has described his faith as “part of my whole person”, and still challenged churches in his area to change how they tithe people on low incomes, because it was taking away from people who needed it most.

Aaron Hendry, youth worker and theology graduate. Aaron Hendry is someone who has worked hard to challenge fundamentalist interpretations of Christianity. He writes at When Lambs Are Silent, with a strong focus on mental health and support for LGBT people.

Greta Yeoman, journalist. A self-described Queer Christian feminist, Greta Yeoman has written brilliantly and subtly about the experience of being part of the Anglican church and queer – at a time when such issues are heavily contested within the denomination.

Heaps of people involved with World Vision, the Council of Christian Social Services, Tearfund and so on. Plenty of people at organisations like these apply their Christianity to help with real world problems, rather than trying to control how other people live their lives.