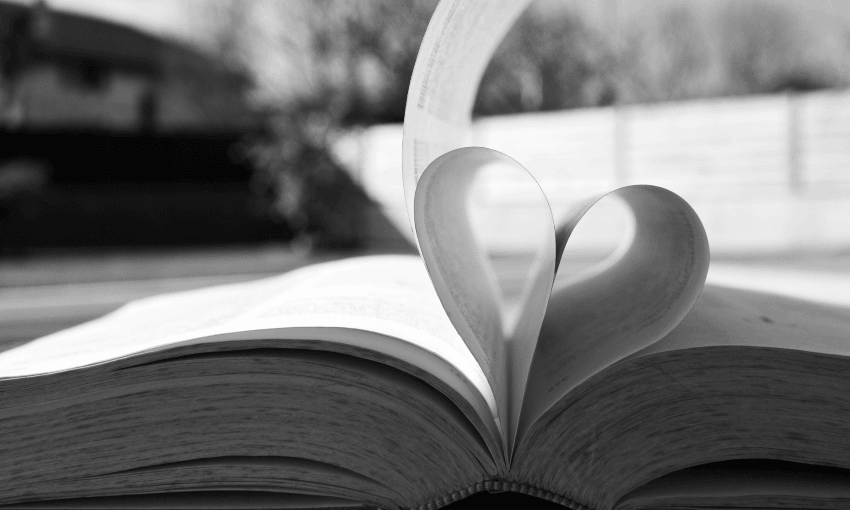 How it feels to fall out of love with academia

By A former academic
Guest writer

It began as true romance. It ended in heartbreak.

In November 2020 I received the letter – real paper with an imposing letterhead – that confirmed I had been promoted to Associate Professor. This was a career achievement I had longed for and had been bitterly disappointed not to achieve the year before. Four months later, I was packing up my office, leaving the academic world for good.

It wasn’t a clean break. For the good of my students I offered to stay on one day a week in order to see them through to the end of the semester. For many of them it was the last semester of their degree and I was setting them on their way to the outside world at the same time as I was painfully disentangling myself from a workplace that had completely consumed me for over a decade.

Some people fall instantly in love with academia, enchanted at the first experience of a powerful lecture that opens up a world of hidden knowledge. For others it is a slow burn – gradually becoming more and more dependent on the enveloping ideas and scholarly ways of being in the world. For me, it was somewhere in between. I still cherish the dusty smell of books that I have retained from my undergraduate degree. I can still visualise the packed lecture halls, where I furiously scribbled notes. But I took time out, travelled the world, before I was drawn back in to try to quench my thirst for knowledge.

I cried myself to sleep night after night when my PhD came to an end and I found there were no universities clamouring to employ me. Like constantly logging into a dating app, I trawled the academic job pages late at night, hoping desperately to find a match. I tweaked and pimped my profile, showing myself off in the best possible light, desperate to impress. I seriously lowered my expectations, accepting that adjunct positions in far-off locations were surely better than being alone and unemployed.

Then, just as I was certain that all hope was lost, a hunky yet suave offer appeared in my inbox. I uprooted everything and travelled to the far end of the world. Head over heels, I was dazzled by the unique novelty of every little thing about the new university. Office windows that barely shut, with a thin green line of mould underneath them – quaint character in a special climate. Bullying colleagues who opposed change of any kind – quaint eccentrics who are loveable at heart. Archaic rules that made it impossible to get basic resources – quaint legacies of an institution that has held steadfast for decades.

Eager to impress, I busied myself in that first year. No matter what was demanded, I rose to the challenge, hoping to prove they made the right choice picking me. I would not let the university down, not when I knew there were hundreds of junior academics lining up to take my place. (It had been made clear to me I was not their first choice.) I bounced into my first performance review certain that my impressive array of achievements would be met with adoration. My performance was adequate, I was told, but there was certainly room for improvement – lots of improvement. The halls were lined with portraits of dead white men, the university’s exes who were obviously more enthralling than me.

The years ran their course and the hours of never-ending tasks weighed heavily. But there was an answer for this – it was my fault. When the workload was too high, I should have been organising my time more efficiently. When the impossibility of juggling students desperate for help with research deadlines made me cry myself to sleep, I should have taken them up on their offer of a resilience-training workshop. When Covid-19 hit and I was expected to upend years of in-person teaching while caring for small children at home, I should have seen the future of e-learning coming. Relaying these facts to family and friends, shocked faces greeted me. “That’s unacceptable,” they said. “No,” I replied. “That’s just academia.”

It’s not as if I hadn’t been told the relationship was problematic. It has been clearly stated many times that academia is a cult, a toxic environment. There is even a Facebook group dedicated to helping academics plot their escape. But I was blinded by… what? Not love, because love had long faded, but a benign sense of comfort in the stability of this enduring relationship. The feeling that I was at least inside, not out.

But the pain remained and each staff forum left me with an incandescent rage that couldn’t be consoled by burying my head in books. I applied for another job on a whim, making noises that sounded like an ultimatum without knowing if leaving was what I really wanted. Of course, I was made to believe there was no way anywhere else would want me. I was in the ivory tower, I was told, and cut off from any real life experience or employable skills.

But then I was offered the job.

My ultimatum was in hand: make things better or I really will leave you. I tentatively waited to see what final show of love would be made to keep their star researcher (I had ranked in the highest grade during the most recent national research audit) and star teacher (my student evaluations had remained high, even through the pandemic).

Nothing was offered. There was a sheepish sense of relief that I had offered to go – great savings would be made. I had thought I was walking in to bargain for my future. Instead, there was no feasible way for me to stay. Trying one last time to impress, I bent over backwards to leave with the least disruption possible.

I thought we could remain friends, bonded by our shared love of all things intellectual, but I was wrong. The ghosting began with cut-and-paste formalities to communicate how the exit process would take place. I thought we could reminisce about the good times before my departure but I was met with silence and mostly ignored in my final months.

Finishing one last article, I cited myself – it’s highly contentious whether or not this is an academic crime – and I saw my life’s work slipping into obscurity, as I barely remembered the year in which I wrote the book I was so proud of. I desperately thought back to the good times, but even those memories were becoming ephemeral and hard to grasp.

Overwhelmed by sadness, packing down my office, I ask myself if I have any regrets. But my nostalgia is misplaced – and the thing I long to be swept back into, with a warm embrace, no longer exists. I look around and fully comprehend how hollow the relationship, which had been dying for a long time, had become, whether I wanted to admit it or not.

I think of making one last grand gesture but, in the end, it is easier to slip quietly away.