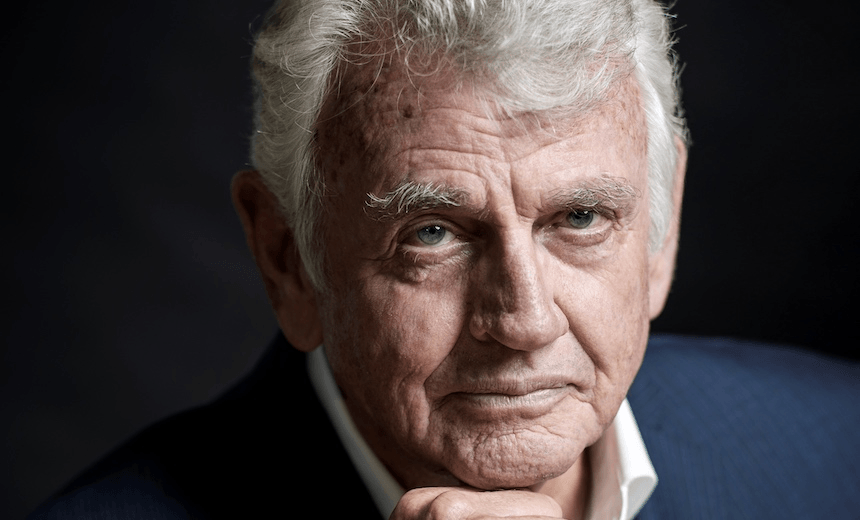 ‘These problems will not be fixed by the market’

Mainfreight founder Bruce Plested has used the company’s annual report to criticise the political response to the housing crisis, educational underachievement and the degradation of the environment. Here’s an edited version of what he wrote.

Mainfreight’s 39th year saw a record profit, up 17% on the previous year. As is the way with business and life, there are always challenges. On November 14th 2016, Wellington and the South Island were rocked by a 7.8 magnitude earthquake, centred on Kaikoura, resulting in two deaths and over 50 injured. At the time of writing, there have been 15,000 aftershocks. This earthquake cut the main road and rail links between Picton and Christchurch, leaving no rail options, and the only road link available through Spring Creek, on a road not designed to carry lots of trucks.

Like most challenges, some good things usually arise. In this case it has been the Government’s and the business community’s acceptance of the absolute necessity of an efficient rail service (freight, passenger and tourist) which operates the length of the country on a daily basis.

The second benefit has been the rejuvenation of regular coastal shipping between Auckland and Christchurch and, to a lesser extent, Dunedin. Parts of the market are adjusting to a less frequent inter-island service but one with some competitive price pressures, in comparison with the madness of total long-distance trucking.

Over the years I’ve had a variety of bosses. In seeking to recognise a good boss from one not so good, I asked this question: ‘Would they make a good foreman?

With 2017 being an election year in New Zealand it is worth asking these questions of our politicians.  Too many of them fail the test and are lost in platitudes, jokes, jibes, foxy words and sheer procrastination.

Our houses, through most parts of New Zealand, cost some ten times the net annual income of the family seeking to buy them.

These high prices (three times annual income was normal for many years prior to the early 2000s) have been progressively increasing for the past 15 years, and all governments have been aware of the problem. No government or local government has taken any meaningful action against this rising tide.

As the New Zealand Initiative has stated, “There are not enough homes being built to meet the demand.”

Politicians, both local and national, must take action on this very fixable social disgrace. “The market” cannot sort out this problem. Real leadership and intestinal fortitude is needed now.

Measured by some standards, our education is at satisfactory levels on a global average scale. However only 30% of children from lower decile school areas are reaching the New Zealand average for level 3 NCEA.

This low level of success continues the establishment of a permanent socio-economic group of under-achievers in education, and it is our Māori and Pacific Island people who make up most of this group.

This group of under-achievers are more displaced than ever by rising housing and rent prices. Without educational success they will continue to make a lesser contribution to society.

Business can play a bigger role in attempting to sustain and assist educational development. If businesses and schools, particularly in lower decile areas, get together in a meaningful way, benefits will evolve. The more children understand how a business (from a farm, to a fruit shop, to an engineering factory, to a quarry) works and interacts, the more they can understand the possibilities. Business people may be able to inspire children and parents to strive for success, and may be able to contribute to financing school wish lists, from computers to sports equipment, books to bus trips.

Can electorate and local politicians help make this happen?

Pollution and degradation of our environment is another area requiring strong political will.

Most cities provide bins for rubbish and bins for recycling. There is however no education, or ongoing exhortation, on how to recycle, why to recycle and whether it works. Is an unwashed bottle or can recyclable, or does it go into landfill? Should we recycle bottles with the lid left on? Should wine bottles have the lead seal removed? What happens to polystyrene, what happens to plastic bottles with pumps attached, what about empty aerosol cans? Much of this stuff is going to landfill because our local authorities don’t tell us what is required. If recycling is just a myth, let us know, otherwise teach us to recycle for the benefit of the planet.

Our lack of respect for water and water quality is an indictment of governments going back decades. Various businesses and pressure groups have been allowed to pour chemical waste, animal entrails, milk, and human and animal effluent into our streams, rivers and sea. Freshwater rights for irrigation have been given, to the extent that some rivers run dry most years. And now we are giving water rights to export freshwater in plastic bottles.

Regulators could have stood against many of these past and present excesses, but chose to do nothing and leave the problems to our children and grandchildren.

A couple of years ago I heard a European billionaire being interviewed. When the slightly irritable reporter asked “Well, how much money do you want?” the billionaire answered “Just a wee bit more.”

The problems mentioned here are not fixed by the market. They are like law and order – the local and national politicians should be dealing with them and committing to solutions before the next elections.