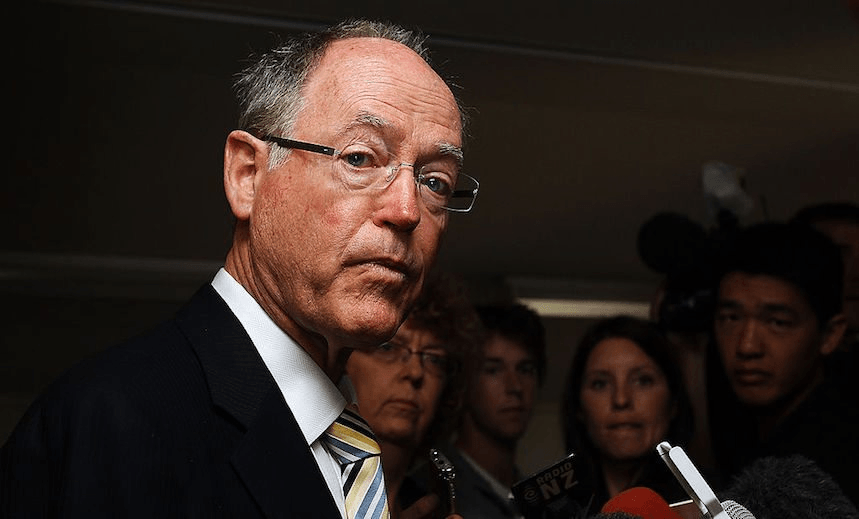 Don Brash is the public face of Hobson’s Pledge, a new identity for his longstanding campaign against ‘special privileges’ for Māori. Deborah Mahuta-Coyle explains why for her, it feels personal.

When I was 11 years old I took part in my school’s yearly speech competition. The topic was a famous Māori leader and I had decided to do my speech on my great-great-great-great grandfather Kingi Tawhiao.

My Nan helped me write it and when I made it to the finals I remember seeing her in the audience with quiet tears running down her face. My cousins all came to watch. I was wearing a hideous 80s puffer skirt that was bright pink; I was so short the microphone was at my nose, but I was too scared to move it. I remember all this like it was yesterday. Each family with a kid involved brought plates to share at the end of the evening. My Nan was a pretty mean caterer so she brought enough chocolate logs and eclairs to feed the entire place.

That night something happened that has affected me ever since. My cousin and I were standing in front of the food table with our plates when a couple of Pākehā ladies came up to us, turned their back on me and one of them said to my cousin, “This is not a place where you can just eat for free. You have to have brought food to share. You people are always making the most of events like this.”

Don’t worry – I rounded on the lady and walked about pointing out all of the food my Nan had brought. She just said, “Thank you, at least I know what plates to avoid.” My cousin did not eat a thing.

I’m now 35 years old and while that lady has probably long forgotten the 1990 final of the St Anthony’s School speech competition in Huntly, her words still hurt me to this day.

You see, Don, when you talk about Māori privilege, you say you’re referring to the Treaty, or to water rights, or to all these “special privileges” that Māori get and other New Zealanders don’t. But that’s just a political veneer. Underneath it, you’re giving permission for people to say horrible things, to unleash prejudice, to target Māori because they are Māori. And thanks to you, people think it’s all good as long as they use the rhetoric of tackling Māori privilege that you have happily constructed for them.

All Māori react to your tirades very differently. Some, like me, take to social media to tell you to shut up. Others hear what you say and think, “Here we go again.” Most tend to cringe and wonder how many others think the same way as you.

Nothing good comes from sugar-coating hate speech. What it tends to do is linger in the memories of those affected decades later. Don, you’re like those ladies at my speech competition – totally ignorant of the long-lasting effects of your rude and racist remarks. Those ladies didn’t understand that from that day on, I made sure whenever I’ve been asked to “bring a plate” I over compensated – and still ate nothing. They didn’t know that their words would mean my cousin has refused to attend “Pākehā events” ever since. And that, to this day, I still feel embarrassed to eat at social events as somewhere deep in my consciousness I worry that people will judge me for it because I am Māori.

Don, you shouldn’t say things if you don’t understand the far reaching effects they will have. You’ll never undo the hurt of Orewa or the impact of your latest rant. Thousands of 11-year-old Māori kids will have their identities shaped by the prejudices you have helped to nurture, legitimise and unleash over these past years.

And trust me: no one is going to forget what you have said. People will tell stories about you, Don, like I have about those two ladies from Huntly – to show that the horrible things some people say can cause a lifetime of pain.

Read more from the Spinoff on Hobson’s Pledge: