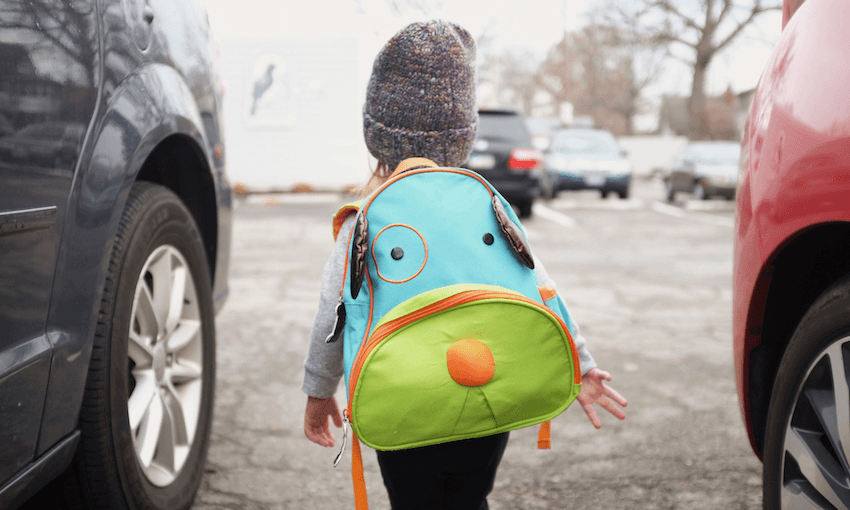 I’m not telling kids to harden up, but they need to learn resilience

We think we are protecting children from failure because we don’t want them to get upset, but in effect we’re harming their ability to cope when things don’t go to plan, argues Derek Wright, interim executive director of the Waikato District Health Board

After making some comments around the impact of modern life on young children’s mental wellbeing, I was brought to task by The Spinoff for telling children to “harden up”.

It’s important to note I didn’t make those comments in relation to the suicides that the article in which they were quoted addressed. I would never trivialise suicide. My comments were given months ago for another article on mental health issues in young people. “Harden up” was not the message I was sending at all.

I’ve worked in mental health and addiction services for over 40 years and I can say that today we are seeing a big increase in the number of young people, mainly boys, coming to our mental health services at Waikato.

Some of what we are seeing is down to the impact of drugs that are now more easily available, in particular methamphetamine which can mimic the symptoms of real psychosis. For other young people they’re experiencing signs of anxiety and depression.

But the causes of this anxiety is often not a mental illness, it’s actually an inability to cope with the bad things that happen in life. We regularly get calls to our crisis line from young men threatening suicide because they have just broken up with their girlfriend, or they’ve failed an important exam and don’t know how to cope.

Yes, it’s traumatic for them, but their lack of resilience is leading to them having suicidal thoughts, which we didn’t see many years ago. I think that what is causing this is down to a number of factors. As a parent myself and a grandparent of three grandchildren under 10, I know how much pressure kids these days are under – from doing well at school to peer pressure from their friends, often amplified by social media.

But society today is geared towards making everyone feel good, everyone gets a prize, everyone wins. We think we are protecting children from failure because we don’t want them to get upset, but in effect we’re harming their ability to learn how to cope when things don’t go to plan.

Children learn how to become adults by having experiences and learning from them – whether that’s discovering as a baby that something they put in their mouth doesn’t taste nice, or when they’re older losing a race against their friend. They then learn what to do when they encounter that experience again.

That pathway to adulthood is full of disappointments and failures, their first breakup, losing a friend, the death of a family member, but if they are shielded from these they will never learn how to deal with them. They also need to learn that bad things happen to other people too, that they are not the only ones.

I’m not telling children to harden up, far from it. But I do think we need to teach children some coping skills, so they can learn to deal with the unexpected, both the good and the bad things that happen.

It’s about equipping them with the tools to do that, and this can be at home or at school. We need to find time to listen to our children and to talk through some scenarios in a safe environment, about what might happen if they split up with a girlfriend or boyfriend, and what to do so they learn for next time. Help them understand their limitations and talents, their strengths and weaknesses. This will give them the self confidence and self belief to be able to deal with things that could make them anxious.

We also need to let kids be kids. The weight of our expectations on children can sometimes stifle them. They need to be able to make mistakes and not be punished for them. They need to climb a tree and fall, to break a window with a football and not be hauled before a court. They can then learn how to take sensible risks.

We do need to prepare our kids to be more resilient because the world they will face in the future as adults will be even more complex and pressured than it is today, and we want them to succeed.

And teaching these coping mechanisms is not just for children, its something the whole family can benefit from. We recently ran a series of “Let’s Talk Mental Wellbeing” events in our local Waikato communities and the overwhelming message back from people was that they wanted to learn ways of strengthening their whole wellbeing – both physical and mental.

We need to make sure that we support families to do that, so that they feel they can cope with life’s problems while enjoying the good things that life has to offer.