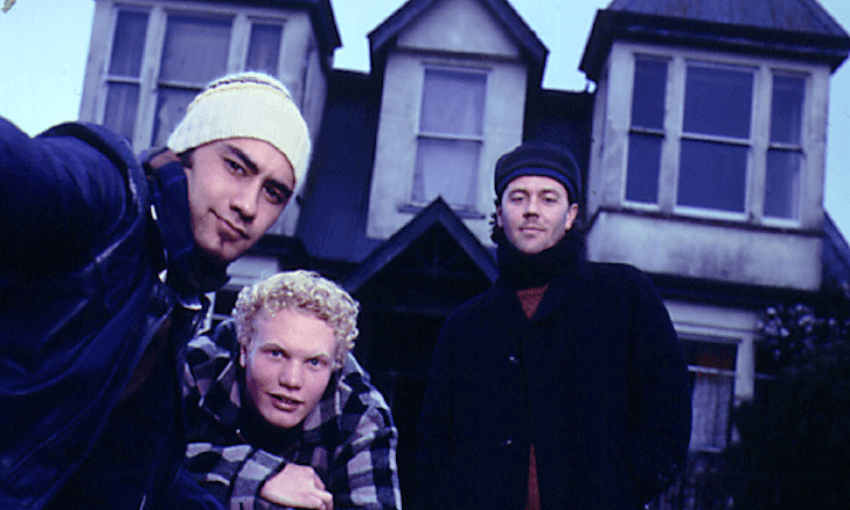 Scarfies gave Taika Waititi his first big break, but how did it actually come together?

Scarfies gave Taika Waititi his first big break, but how did it actually come together?

Some who have successfully taken action against landlords at the Tenancy Tribunal are finding that getting them to pay the compensation demanded is another matter entirely, writes Esme Hall

Victoria’s current flat is “pretty crap” – three of her flatmates sell drugs out of the house and have parties all the time. But it’s a lot better than last year.

In 2016 Victoria signed a flat in Wellington’s Aro Valley with a group of friends from her hall. That in itself was an achievement as the capital’s housing stock is limited: “Finding flats in Wellington is dog eat dog.”

In 2017, when it came time to allocate rooms, Victoria ended up in the sleep-out which was “basically a shack on the edge of the property that was outside the WIFI range”. The only thing preventing it from “slipping down the hill” were “old bricks as piles”.

“I thought ‘that’s just flatting, I’ve just got to deal with it.’ [But] my parents weren’t too happy when they saw it,” and without telling Victoria they called in the Wellington City Council to inspect the property. The Council found that the room was unlawful as it was built, without consent, too close to the boundary line.

So, in the middle of her busy life Victoria had to take her landlord to the Tenancy Tribunal. It was stressful and time-consuming, but she won. The Tribunal ruled that she be repaid her rent, which came to $6513.24. Her room was demolished and she moved flats.

However, after the ruling was made, Vic’s landlord stopped responding to calls or emails. Vic didn’t know her address. In the end, it took Vic’s parents somehow finding and phoning the landlord’s parents for them to get back in touch. This was Semester Two 2017. Vic was finally paid in May 2018 after threatening further legal action.

Victoria and her family had to spend hundreds of dollars filing Tribunal forms, getting bailiffs involved and chasing up possible addresses on their own time. After the ruling, there was no help or support from the Tribunal.

Justene Allen, an advocate at OUSA Student Support, has seen this situation many times. She said when a Tenancy Tribunal case involves more than the bond, things start getting complicated.

Most students at the Tribunal are there to dispute bond refunds, which are typically taken care of pretty easily, since bonds are lodged with a third party. But when a ruling of compensation is made above the bond amount, it is up to the tenant and the landlord to make contact and arrange payment. The Tribunal has no system to check if payment has been made or if its orders have been followed.

This means that “there are large gaps for things to fall through,” said Allen.

Some landlords appear to understand the system well enough to know that they are able to avoid paying compensation or repairing their properties. Because students are often first-time renters, many don’t know their rights well and often can’t enforce them. The “honest one-off types that go in and have an order ruled in their favour are ripped off because they don’t know how to work the system,” said Allen.

To track down your landlord you need to know their current address and it ends up being your fault if you can’t get it. According to Allen, some people just “give up because [getting compensated] can be impossible”.

It is costly and lengthy time commitment. Students aren’t lawyers. Dealing with that system and the certain ways you have to act and talk is “stressful and nerve-wracking”. A lot of the time landlords simply just bank on tenants not being capable of pushing through the bureaucracy.

If they have sufficient information about their landlord, some tenants can organise with debt collectors and pass their debt on to an agency, or go through the Ministry of Justice Collections Agency. As the Tribunal notes in explaining this option on its website, however, you need to know the address of the person who owes the money.

For many, as it stands, “going private is a more effective way of getting your money back”, says Allen.

As Critic reported in March, Mike Harbott is a Dunedin landlord who has been taken to the Tribunal by at least two groups of students.

One tenant, from a group of seven males who took Harbott to the Tribunal, described following up the settlement as “a nightmare”.

“We got an email saying we’d won and how much money we got, and it was just like ‘go get it’. That was the last we heard. There was no advice on how to go about it.”

There was no recommendation of a method or deadline for payment; that was left up to the tenants to organise. Harbott rarely responded to emails, she says, and at one point he suggested paying the $1750 sum in $10 weekly installments. That would take three years to pay off.

They considered contracting a private debt collector, but eventually, after a few months of constant emails, they got Harbott to pay.

One of the flatmates, Caitlan, said they gave him options to pay compensation, but nothing came of it. Attempts to go through Civil Enforcement proved difficult – they didn’t know his address, and he wouldn’t answer his phone for long periods of time, they say.

Harbott did eventually end up getting in touch with the girls to arrange a way for him to pay, but only after Critic reached out to him for this article. He told Critic he intended to apologise to the girls. He also said he hoped they would apologise to him, although it was unclear what for.

Another flatmate, Sarah, says it’s about more than the money. The lack of enforcement of the Tribunal ruling meant they were left “living in inadequate conditions for the entire year”. Sarah was hospitalised several times with a respiratory illness which doctors attributed to the damp, mouldy conditions in the flat.

Justene Allen thinks a simple solution would be to have a system where you have to provide evidence that you have followed Tribunal orders. Then, it’s on the “public record,” and potential tenants have “accurate information”.

Caitlan agrees the Tenancy Tribunal need a more proactive process in place to follow up on its rulings. “It shouldn’t be on us; we have no idea what we’re doing and we can’t pay for lawyers.” Caitlan and her flatmates only have six years to collect the debt and, at this rate, it’s not looking hopeful.

As tenants, they feel powerless. Landlords who win cases against tenants have far more power to enforce rulings compared with tenants, as they can threaten tenants with eviction, a bad reference, or ‘blacklisting’ on websites for landlords.

“It certainly does not feel like justice has been done,” said Sarah.