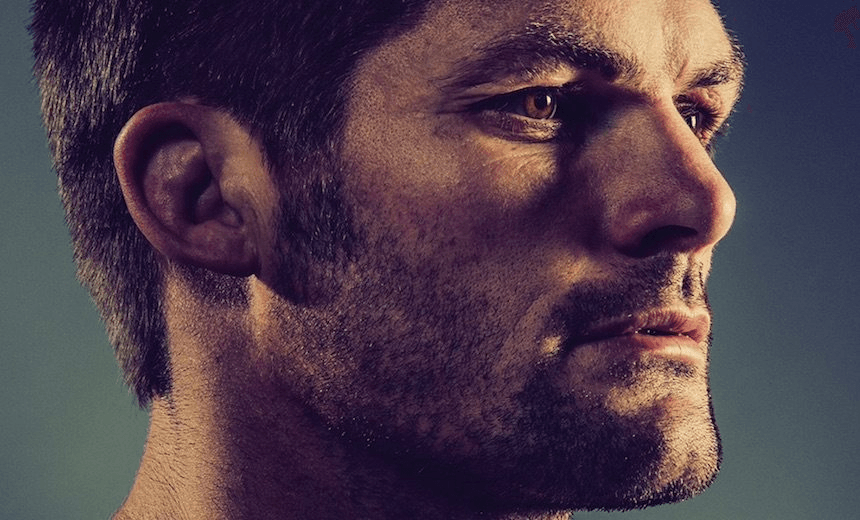 One brave critic dares to love the Richie McCaw movie

Watching the All Blacks pull apart Wales then the Wallabies in their trademark clinical fashion this year, something hasn’t felt quite right. When the bus stop billboards started going up for the autobiographical Richie McCaw documentary Chasing Great a couple of weeks ago I finally realised what it was: I missed Richie.

For most of his playing career I kind of rolled my eyes at the great number 7, our rugby God. All the embarrassing public adulation, all those painful television ad appearances, the fact that he played for Canterbury. I used to hate the way when his hair got wet it made him look like a hedgehog. Now I’d give anything to see those sweaty quills be the first to the breakdown one more time.

Even with my newfound love of our humble Kiwi hero, I was skeptical about how necessary a full-length feature documentary about him really was. Addressing the 2,400-strong crowd before the world premiere in Auckland’s Civic Theatre on Tuesday night, the man himself admitted having similar doubts. Aside from being probably the greatest All Black of all time, off the field he might be the most ordinary bloke in the world.

Chasing Great doesn’t do much to change that perception – filmmakers Justin Pemberton and Michelle Walshe reinforce much of what we already knew about the “extraordinarily ordinary” McCaw, following him in and out of the All Blacks environment during the 2015 season. His interviews reveal an earnest and exceptionally driven character, but few secrets.

The early scenes employ home video footage and sparing reenactments to chart the rise of young McCaw from a stocky farm boy with a pet lamb to a determined schoolboy flanker scouted by then Canterbury selector Steve Hansen. The home video provides some of the film’s best moments, like in 2001 when 20-year-old Richard McCaw hears his name being read out in the All Blacks squad for the first time.

The rest of his All Blacks career is measured in World Cups. The disaster in 2007 – his first as captain – is a pivotal moment, one which forced him to reassess his approach to the game and start building the ruthless, efficient rugby robot we know and love, a ruck and maul cyborg fuelled by motivational quotes and fine-tuned by sports psychologists.

The real hero of the film could be Ceri Evans, the psychologist who came on board with the All Blacks in 2010 and helped them conquer their World Cup hoodoo in 2011. His interviews combined with the match-day footage help evoke the pressure and intensity the All Blacks came to thrive on.

Seeing the game through a cinematic lens is probably the best reason to see the film on the big screen, more so than the (very good) scenes of Richie having dinner with his family and doing crosswords in his Versatile home. The match-day scenes shot during the All Blacks’ 2015 season look incredible and should probably be a standalone feature in their own right – imagine Richie McCaw in a rugby version of Zidane, the 2006 film where cameras fixed on the French football star for the duration of a football match.

As it is Chasing Great plays out more or less like a big-screen version of the classic Kiwi rugby autobiography – one with a rugby pun or the player’s nickname as the title, one you absentmindedly read in a single sitting on Boxing Day.

You already know everything that happens (we win!) and the themes of hard work and perseverance will seem trite to some, but few who willingly go to see this film will come away disappointed. As a late convert the the church of Richie, I bloody loved it.