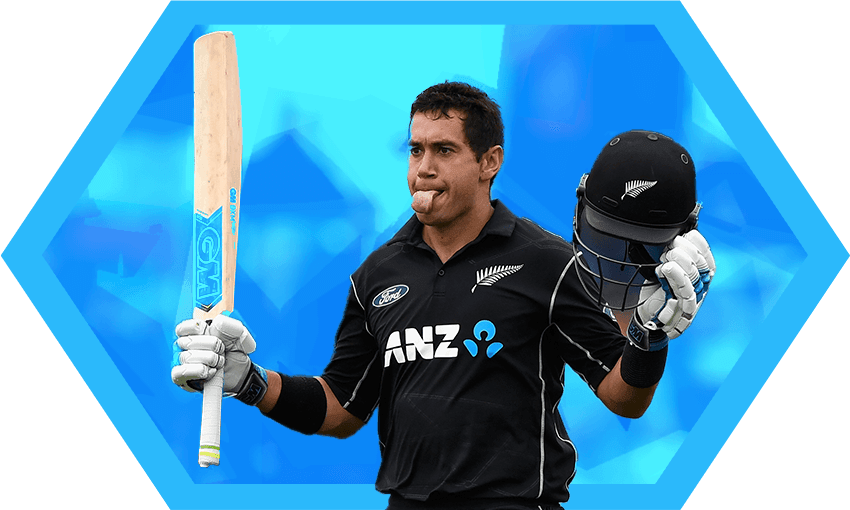 After 450 international appearances for New Zealand, the indescribable batter with a fondness for red wine and KFC has retired.

For a man who has always been happy to let numbers frame his career, there was a lot not going Ross Taylor’s way on Monday at Seddon Park, his spiritual home.

There was 203, for a start, the second-wicket partnership between Martin Guptill (106) and Will Young (120). That left just 71 balls in the innings when Taylor walked to the crease for his 236th ODI and his 450th and final international for New Zealand.

It was not enough time to do anything significant, yet plenty of time to do something silly. As it was, he found a middle ground, nudging a few singles, pulling out one signature slog-sweep off the Netherlands’ Logan van Beek that dipped over the midwicket boundary with a few inches to spare for six, then skied the sort of “filthy slog” that almost made mentor Martin Crowe give up on him under the first-impressions-never-get-a-second-chance clause.

He scored 14, increasing his New Zealand-record tally to 18,199 in all formats.

Taylor turned on his heel and ambled off cheerfully, making it clear that this Monday night in autumn was, for once, not about the score. It was a chance to say goodbye with the small inconvenience of having to work a 50-over-a-side foregone conclusion around it.

Yes, many of us wish Taylor’s final act as an international batter was the flick over square leg off Mohammed Shami at Southampton, the runs that took the Black Caps to victory in the inaugural World Test Championship. That, the high point in the history of New Zealand cricket, would have been a more fitting coda to the career of one of our greats but it also misses the point: he was not ready for it to end then.

So this farewell was the least we could do for Taylor, a man who has given 16 of his 38 years to the national cause, scoring 40 international centuries in the process.

Forty! Now that’s a number to celebrate, but here we go again, turning to stats to camouflage a lack of insight and there’s a good reason for that: when it comes to writing about Taylor, words have never stuck easily to the page.

When you think about other modern New Zealand cricket heroes, many have oversized, almost cartoonish qualities. There was Richard Hadlee, the obsessive perfectionist; the moustachioed king of rhythm and swing. Crowe was the teenage prodigy with the masterful technique who was forced to be a man before his time. Stephen Fleming, urbane and unruffled; Daniel Vettori, the bespectacled bulwark between New Zealand and, too often, ignominy; Brendon McCullum, all Popeye forearms and “follow me, lads”. Then there’s Kane Williamson, the preternaturally humble batting savant.

And Taylor? Never been able to quite put a finger on it. A chameleon at the crease and very much his own man away from it.

He’s neither introvert, nor outspoken. He’s not one of the cool kids, but he’s no nerd. He can bat with his chest puffed out, or his eyes cast down. He can thoughtfully tackle tough questions, but will more often brush them aside with a quip. He’s renowned as a lover of rich and complex red wines, and KFC buckets. He’s the genius that Wisden recently described as “invisible”. Taylor is humble, yet aware of his value.

Five years ago I was commissioned by The Cricket Monthly to try to find the essence of Taylor’s batting. This is what I wrote then:

After interviewing him for two hours… I wonder[ed] if he’d spent most of his life conforming to the expectations of others, to the point where he has learnt to suppress the real him in public. This is an internal monologue that stays with me for a long time and is messing with the premise of this story… While the next 12 months could prove critical to Taylor’s legacy, batting is only a part of his story. More interesting is who he is, where he’s from and how he got here.

Taylor, the Samoan kid from the blue-collar end of a mid-sized provincial town playing an overwhelmingly white, middle-class metropolitan sport was never much interested in being defined by the ways he was different.

He wanted to be remembered for his runs; for how good he was at the sport he loved; for how many games he helped his team win.

He’s got a hell of a story to tell. One day I hope he tells it well.

The international cricket chapter is closed, however. He did it himself, pouching a miscued shot from Dutch tailender Aryan Dutt at midwicket.