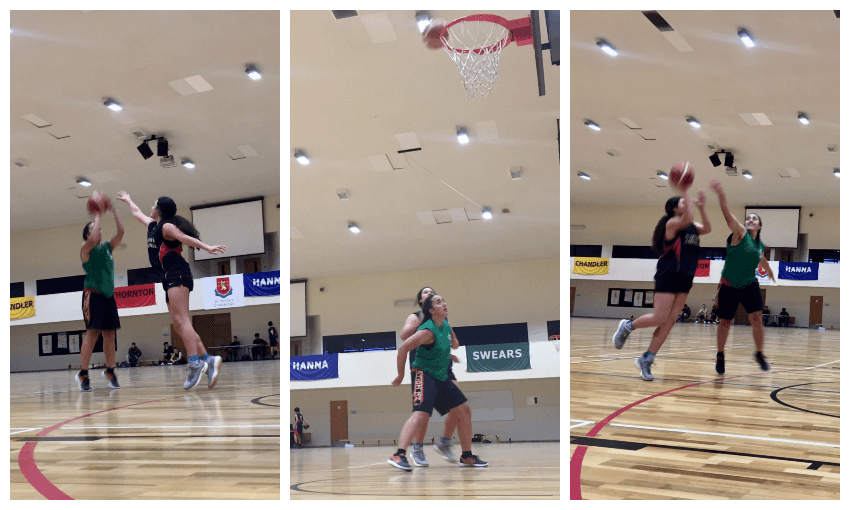 In which a current MVP is made to play against a former benchwarmer.

There’s a lazy confidence in watching sports on TV. Intellectually, we know we’re watching people do something better than we ever could. But emotionally we struggle to comprehend just how much better. There’s a tiny part of every Olympics spectator that whispers this looks like something I could do if I only had the time to train. It’s a thought that we know is ridiculous and yet it makes us feel better without having to do anything. Every Olympic event should have a regular I’m-the-athlete-in-my-office sacrificial lamb to show viewers at home just how superior these athletes are.

Charlisse Leger-Walker doesn’t know how good she is. Or if she does, she knows how to feign ignorance. Because she’s very good. At sixteen years of age, Leger-Walker is New Zealand’s most exciting basketball prospect since Steven Adams. And like any young prospect, people can’t help but wonder if she’s really that good, or just good for a sixteen year old. Being a fully fledged adult now, I figured the logical step to finding out would be to challenge her to a game of one on one.

What made my challenge only “quite foolish”, rather than “incredibly foolish” was the knowledge that at her age, I played basketball too. And I was quite good. I figured you don’t just unlearn a decade of competitive basketball knowledge. You can’t just suddenly be unable to do anything when matched up against a sixteen year old. Ladies and gentleman, you do and you can. In hindsight, my challenge was in fact “incredibly foolish”.

Before our game, I watched Leger-Walker’s St Peter’s School team train and realised they could all play. I’d seem them get beaten in the 2017 Secondary Schools national final where Leger-Walker scored 48 of their 60 points and came to the conclusion that she was carrying the whole team on her back. She was in that final, but turns out her team mates are all quite good, they just don’t look as good compared to her. Like the Cavs and LeBron.

While they trained, I prepared by asking Leger-Walker’s mum for advice. Leanne walker, former Tall Fern and Olympian, and current coach of the St Peter’s team, didn’t have high hopes for me. “Good luck,” she said. “Just don’t give her space.” I sighed. “Don’t give her space” is advice for players who are fit and fast. I already knew I was too slow to not give her space, and I was right.

She let me shoot to start and I sank a three. My confidence was through the roof as I set up for the first possession. Here we go, I thought. We’re almost the same height, almost the same build, and play the same position. Then I tried to drive to the basket and hit a wall. I don’t know why I was surprised that a six-time national champion and MVP could play defence.

What followed was a systematic dismantling of the human spirit. At one point, breathing heavily into the mic I’d stupidly suggested we wear, while chasing a loose ball to the three point line, I asked her, desperately, to “let me shoot, let me shoot”. She acquiesced and I missed. But my brick was so bad it came straight back to me and I scored on the second attempt. Just two athletes going toe to toe.

As we neared the end of my ritual humiliation, I grew tired of being physically owned and ‘challenged’ Leger-Walker to shoot a three. She made it. I told her to do it again and she did. For her winning point I asked her to shoot a deep three, well beyond the arc. She swished it.

As we stood next to each other post-match, I struggled to breathe. Sweat was dripping off my face and onto the court and I knew the poor camera guy was about to get a water-damaged mic pack back. Meanwhile, Leger-Walker wiped her forehead with the tips of her fingers as if to check whether she’d even broken a sweat. Later, when I looked at footage of our game, I realised she was barely trying on defence. I hung my head in shame and deeply regretted suggesting that this would make a good TV segment.

We can all learn two important lessons from my mistake. 1) You’re never as fit or good as you think you are. And 2) next time you see athletes on TV, know that they’re just as good as you think they are, and then some.